We are here for you to provide the important current affairs December 20 2017 which have unique updates of all daily events from all newspapers such as The Hindu, The Economic Times, PIB, Times of India, India Today, Indian Express, Business Standard, all Government official websites. Our complete current affairs helps you to get more marks in Banking, insurance, UPSC, SSC, CLAT, Railway and all other competitive Exams. 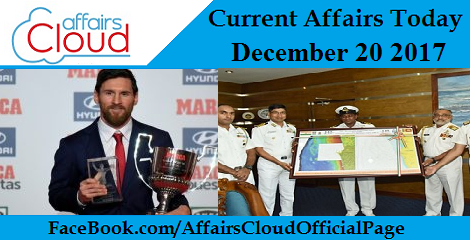 NITI Aayog proposes scheme for saving jobs from automation
NITI Aayog Vice Chairman, Rajiv Kumar has stated that Central Government should consider setting up a labour utilisation fund in order to handle the challenge of growing redundancy of low-skilled labour in India with increase of automation and advent of artificial intelligence.
Suggestions for Labour Utilisation Fund:
i. The fund should be used for improving skills of workforce and increase its cost competitiveness. This will encourage businesses to hire more such human resource.
ii. This should be done by imparting relevant training. Besides, the fund can also be utilised for paying provident fund contribution and for covering the health costs of low-skilled workforce.
iii. NITI Aayog has suggested that Government should focus on employment generation in labour-intensive sectors like construction, housing, exports, garments, tourism and education.
Quick Facts about NITI Aayog:
♦ Formed in – January 2015
♦ Headquarters – New Delhi
♦ Ex-Officio Chairman – Prime Minister of India 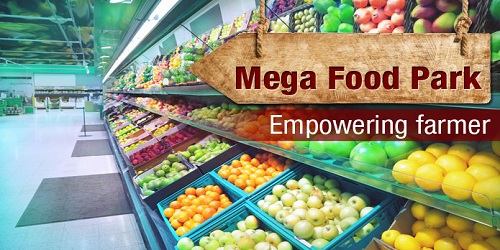 Salient Features of Mega Food Park Scheme:
i. Objective of the Mega Food Park scheme, administered by Union Ministry of Food Processing Industries, is to provide a mechanism for linking agricultural production to the market by bringing together farmers, food processors and retailers.
ii. Besides, it also aims to reduce post-harvest losses of horticulture & non-horticulture produce and providing remunerative price to farmers for their produce.
iii .Under this scheme, Union Ministry of Food processing provides financial assistance in the form of grant-in-aid in the range of 35-50% (depending on area) for storage and transport infrastructure and 50-75% for value addition and processing infrastructure.
iv. Currently, 9 MFPs are functional. Out of 42 MFPs that have been sanctioned, 36 have been accorded Final Approval and another 2 have been accorded In-Principle Approval.

Parliament gives nod to IIM Bill, 2017
On December 19, 2017, Rajya Sabha unanimously passed Indian Institutes of Management (IIM)Bill, 2017 which provides greater functional autonomy to Indian Institutes of Management (IIMs) and confers powers to grant degrees instead of post-graduate diplomas. Lok Sabha had passed this bill in July 2017.
Salient Features of IIM Bill, 2017:
i. Through this Bill, 20 IIMs have been given the status of institutions of national importance, thereby recognising its role as a pivotal player in developing highly skilled personnel.
ii. Earlier, fellowships of the IIMs were not regarded as doctoral degrees (PhDs). With the passage of this bill, students will be able to acquire PhDs from the IIMs.
iii. As per the provisions laid out in  IIM Bill, 2017, Central Government will not be involved in appointment of the chairpersons and directors to the Boards of IIMs. Overview of Railway’s Plan to make all stations 100% LED lit:
i. LED (light-emitting diode) bulbs are more energy efficient and have a longer lifespan as compared to traditional lamps.
ii. Till November 2017, about 3500 railway stations have already been made 100 per cent LED lit. About 20 lakh LED lights were installed in this process.
iii. This initiative is expected to reduce energy consumption by 10 per cent and will translate into annual savings of Rs 180 crore for Indian Railways.
iv. Zonal Railways have been directed to provide LED light fittings in staff’s residential quarters as well.
v. Till October 2017, nearly 20 lakh LED lights have been distributed among railway staff under government’s Domestic Efficient Lighting Programme (DELP) Scheme.

Southern Command Conducts “Hamesha Vijayee” Exercise in Rajasthan
Indian Army’s Southern Command is conducting an exercise called ‘Hamesha Vijayee’ in Jaisalmer-Barmer deserts of Rajasthan from 16th – 22nd December, 2017.
About ‘Hamesha Vijayee’ Exercise:
i. This exercise is being conducted with an objective to evaluate the capability and preparedness of Indian armed forces to carry out strikes deep into enemy territory in an integrated air-land battle.
ii. Under this exercise, Indian army troops, equipped with tanks and other armoured vehicles will conduct operational manoeuvres to validate their battle plans.
iii. The exercise also includes testing of robust sensor to shooter grids and a range of surveillance and air assets networked with land centres.
iv. Union Defence Minister, Nirmala Sitharaman and Indian Army Chief, General Bipin Rawat will witness the exercise on 21st and 22nd December, 2017.

Uttar Pradesh scraps free pilgrimage scheme for elderly Hindus
Uttar Pradesh State Government, under Chief Minister, Yogi Adityanath has scrapped ‘Shravan Yatra’, a scheme under which elderly citizens could undertake pilgrimage free of cost.
Details about ‘Shrava Yatra’ Scheme:
i. Shravan Yatra was started in 2015 by the Samajwadi Party government under Akhilesh Yadav.
ii. The scheme was named after a mythological character named Shravan Kumar, who had carried his blind parents on his shoulders for a pilgrimage.
iii. Under this scheme, entire boarding and lodging expenses for the pilgrimage undertaken by senior citizens residing in the state was borne by the state government.
iv. Uttar Pradesh Minister for Religious Affairs Laxmi Narayan Chaudhary, stated that the scheme was being discontinued in public interest and there is no plan to revive it.
Quick Facts about Uttar Pradesh:
♦ Capital – Lucknow
♦ Current Chief Minister –  Yogi Adityanath
♦ Current Governor – Ram Naik
♦ Important National Park – Dudhwa National Park 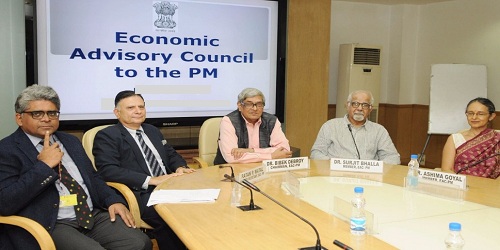 Centre focused on improving purchasing power of farming households: Arun Jaitley
On 16th December 2017, Arun Jaitley, Union Finance Minsiter, stated that the Central Government was committed to improve the purchasing power of farming community.
Centre committed to improve purchasing power of farming community:
i .Arun Jaitley said that, the Central Government had been assisting agricultural activities in India through low-cost credit, crop insurance, rural connectivity and sanitation programmes for rural India.
ii .Arun Jaitley made this statement while he was addressing an international forum on “Role of Rural and Agricultural Finance to Achieve Sustainable Development Goals”.
iii .The forum was organised by NABARD (National Bank for Agriculture and Rural Development) and Asia Pacific Rural and Agricultural Credit Association (APRACA).
About NABARD (National Bank for Agriculture and Rural Development):
♦ Headquarters – Mumbai
♦ Established – 1982
♦ Purpose – specialised bank for Agriculture and Rural Development in India 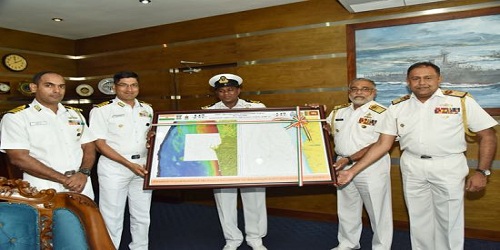 France passes law to ban all oil and gas production by 2040
On December 19, 2017, France’s parliament approved a law banning all exploration and production of oil and natural gas by 2040.
Salient Features of France’s law to ban all oil and gas production by 2040:
i. This law will be applicable not only within France but also in its overseas territories.
ii. Besides, French Government has also decided that no new exploration licenses will be granted and existing drilling permits will not be renewed.
iii. French authorities have claimed that this ban is aimed to reduce usage of fossil fuels and to fulfill its commitments under Paris climate agreement to curb global warming.
iv. However, this ban seems to be only symbolic as 99% of France’s oil and gas consumption is imported and only 1% is produced within the country.
Quick Facts about France:
♦ Capital – Paris
♦ Currency – Euro
♦ Current President – Emmanuel Macron
♦ Important River – Seine

Government infused Rs. 52000 Crore Capital in PSBs under Indradhanush Plan
Central Government has so far infused capital of Rs. 51858 crore in public sector banks (PSBs) under the Indradhanush Plan.
Allocation under Indradhanush Plan:
i. Mission Indradhanush by Indian Government is an attempt to resolve issues faced by Public Sector banks and make them capable to compete with Private Sector banks.
ii .During the FY 2016-17, amount of Rs. 22915 was allocated to 13 PSBs. 75% of this amount was infused upfront while the remaining amount was infused on basis of banks’ individual performance.
iii. As per the broad plan, Government of India will infuse total Rs. 70000 crore in PSBs through budgetary allocation spread across financial years, 2015-16 to 2018-19. 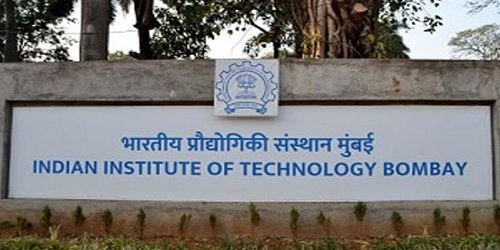 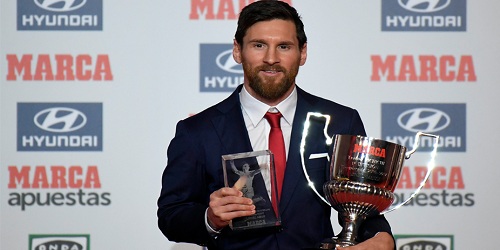 Edelweiss acquires Religare’s securities business
On 20th December 2017, the Edelweiss Group announced its acquisition of Religare Enterprises Ltd’s securities business, including securities and commodities broking, and depository participant services.
Edelweiss acquires Religare’s securities business:
i.Edelweiss Wealth Management will take over distribution of more than 90 branches, around 1 million clients and the employees of Religare all over India, as per the deal.
ii.Financial details of the deal have not been revealed. Acquisition of Religare’s business will enhance expansion of Edelweiss Wealth Management’ geographical presence, distribution and client base.
About Edelweiss Group:
♦ Headquarters – Mumbai
♦ Products – Credit, Life Insurance
♦ Chairman & CEO – Rashesh Shah 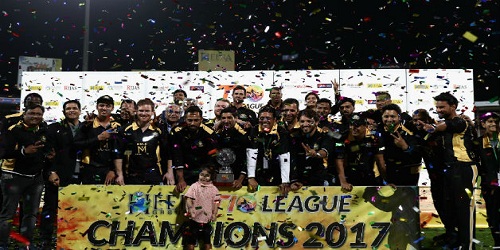