We are here for you to provide the important current affairs April 5 2018 which have unique updates of all daily events from all newspapers such as The Hindu, The Economic Times, PIB, Times of India, India Today, Indian Express, Business Standard, all Government official websites. Our complete current affairs helps you to get more marks in Banking, insurance, UPSC, SSC, CLAT, Railway and all other competitive Exams. Cabinet Approvals on April 5,2018
On April 4, 2018, Union Cabinet chaired by Prime Minister Narendra Modi approved following initiatives:
i. Cabinet approves closure of loss making Burn Standard Company Limited – a Central Public Sector Enterprise (CPSE)
ii. Union Cabinet has approved rightsizing the Competition Commission of India (CCI) from One Chairperson and Six Members (totalling seven) to One Chairperson and Three Members (totalling four).
iii. Union Cabinet has given its approval to the Protection of Human Rights (Amendments) Bill, 2018 aimed at strengthening the Human Rights Institutions of India and bringing the protection of human rights law in India in perfect sync with the agreed global standards.
iv. Cabinet Committee on Economic Affairs has approved the Revised Cost Estimates (RCE) of the scheme of Updation of National Register of Citizens (NRC), 1951 in Assam at a cost of Rs. 1220.93 crore up to December 31, 2018………………………………………………………. Click here to Read More 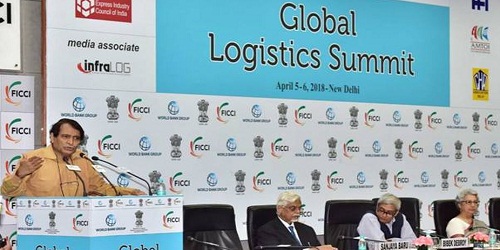 Global Logistics Summit:
i. The Global Logistics Summit was organised by the Department of Commerce, Ministry of Commerce & Industry, along with FICCI (Federation of Indian Chambers of Commerce & Industry) and the World Bank Group.
ii. The Summit acts as a platform to hold discussions for global experts, academics, government officials and private sector and industry representatives.
iii. Union Minister for Commerce & Industry and Civil Aviation, Suresh Prabhu said that 56 new airports will be ready for operation in the next few years.
About World Bank Group:
♦ President – Jim Yong Kim
♦ Headquarters – Washington, DC 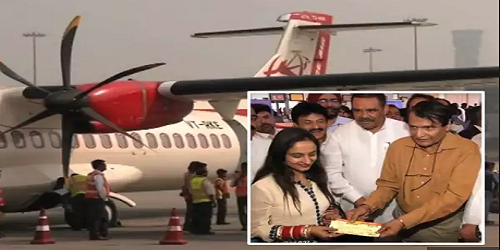 More information about Delhi-Pathankot flight under UDAN scheme:
i. Pathankot airport has been opened by the Airports Authority of India (AAI) to improve regional connectivity as per the UDAN (‘Ude Desh ka Aam Nagrik’) Scheme.
ii. It is the 21st airport in India, which has become operational for passengers.
iii. Civil Aviation Ministry launched Regional Connectivity Scheme ‘UDAN’ (‘Ude Desh ka Aam Nagrik’) in October 2016.
iv. It aims at making flying a reality for common people residing in Tier-II and Tier-III towns by providing air connectivity to currently underserved and unserved airports.
v. This scheme is implemented by Airports Authority of India (AAI).

FIEO, PayPal ink MoU to empower Indian SMEs to sell globally
On April 5, 2018, digital payments company PayPal and the Federation of Indian Export Organisations (FIEO) signed a Memorandum of Understanding (MoU) for promotion of outbound shipments among small and medium enterprises (SMEs).
Details about FIEO-Pay Pal MoU:
i. As per the terms of the MoU, PayPal will work with FIEO to educate SMEs on how to leverage global opportunities, help them receive money in a safe and timely manner with PayPal products and inform them of global best practices.
ii. The programmes and seminars undertaken for this purpose will not only create awareness but will also address some commonly faced challenges by SMEs.
iii. Through activities carried out under the scope of this MoU, FIEO will be able to reach out to cottage industries, MSMEs, artisans and clusters, even in distant areas to develop their orientation towards exports.
iv. It has been observed that despite of global opportunities, Indian SMEs focus on domestic market owing to risks and complex procedures associated with operating in global marketplace.
Quick Facts about FIEO:
♦ Set up in – 1965
♦ Set up by – Union Ministry of Commerce
♦ Significance – Has over 25000 members, who contribute more than 70 per cent of India’s exports

Uttarakhand CM launches drive to transform public schools
On 4th April 2018, Uttarakhand Chief Minister Trivendra Singh Rawat launched a transformation campaign to improve the standard of education in the government schools of Uttarakhand.
Uttarakhand CM launches drive to transform public schools:
i. The main purpose of this campaign is to start smart classes in government schools and provide them with all basic facilities required by students like safe buildings, clean drinking water, furniture, fans, heaters, sports material and computers.
ii. Trivendra Singh Rawat said that one model school will be opened in Kumaon and another in Garhwal region to offer quality education to the poor and underprivileged children in classes 6 to 12.
iii. In Kumaon circle the model school will be opened in Almora. He asked the district administration to send a proposal about this to Uttarakhand state government after land is selected for the school.
Some national parks of Uttarakhand:
♦ Rajaji National Park
♦ Nanda Devi National Park
♦ Gangotri National Park 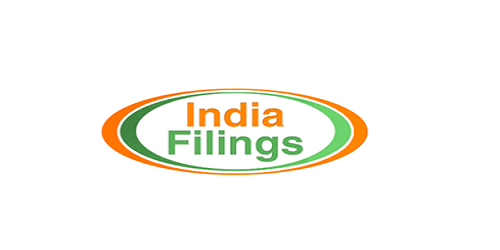 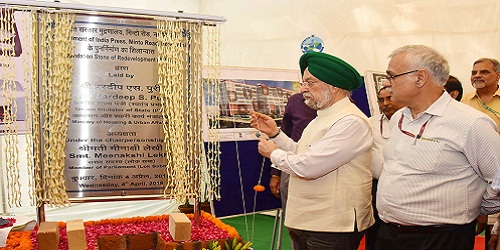 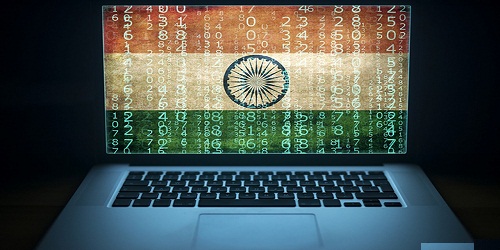 India third most vulnerable country to cyber threats:
i. In 2017, 5.09% of global threats detected were in India. India has moved one position up compared to 2016.
ii. U.S. has been ranked as the top most vulnerable country to such attacks with 26.61% attacks. It is followed by China in the second position with 10.95% attacks.
iii. This global threat ranking is based on eight factors: malware, spam, phishing, bots, network attacks, web attacks, ransomware and cryptominers.
iv. India continues to be second most affected country by spam and bots, third most affected country by network attacks, and fourth most affected country by ransomware, according to the report.
About Symantec:
♦ CEO – Greg Clark
♦ Headquarters – California, US

Turkey hosts critical summit on Syria with Russia, Iran
On 4th April 2018, the presidents of Iran, Turkey and Russia met for their tripartite summit, aimed at speeding up the peace process for Syria and establishing their influence in Syria. Turkey hosts critical summit on Syria with Russia, Iran:
i. The tripartite summit was hosted by Turkish President Recep Tayyip Erdogan at his presidential palace in Ankara, Turkey.
ii. It was attended by Russian President Vladimir Putin and Iranian President Hassan Rouhani.
iii. This is the second such tripartite summit. The first tripartite summit was hosted by Vladimir Putin in November 2017 in Sochi, Russia.
iv. Iran, Turkey and Russia have supported peace talks in Astana, Kazakhstan. They believe that it is a parallel process to support UN-supported discussions in Geneva.
About Turkey:
♦ Capital – Ankara
♦ Official language – Turkish
♦ Prime Minister – Binali Yıldırım

RBI announces its first bi-monthly monetary policy for the new fiscal year
i. On April 5, 2018, Reserve Bank of India (RBI) announced First Bi-Monthly Monetary Policy Statement for financial year 2018-19. This time too, the Policy Repo Rate has been kept unchanged.
ii. Consequently, the Reverse Repo Rate at 5.75 per cent, marginal standing facility (MSF) rate and the Bank Rate at 6.25 per cent too remains unchanged……………………………………………. Click here to Read More

Ola unveils in-trip insurance: Cost starts at Re 1, covers up to Rs 500,000
Ola has introduced an in-trip insurance programme for all its customers in India starting at just Re 1.
Ola unveils in-trip insurance: Cost starts at Re 1, covers up to Rs 500,000:
i. This in-trip insurance will cover for loss of belongings, missed flights, and medical expenses up to Rs 500,000 in case of an accident.
ii. This service is optional. It will be available on rides taken in cabs, auto rickshaws, kaali-peeli cabs and e-rickshaws through Ola.
iii. Ola has partnered with Acko General Insurance and ICICI Lombard General Insurance for this in-trip insurance programme.
iv. Initially this service will be available in metro cities. Later it will be launched in the 110 cities where Ola operates.
v. Customers selecting rental and outstation rides on Ola will also be offered this service at a cost of Rs 10 and Rs 15 per ride respectively.
vi. Ola has become the first ride-hailing app to launch this kind of insurance service for customers in India. Customers can make insurance claims through the Ola app itself.
About Acko General Insurance Ltd:
♦ MD & CEO – Varun Dua
♦ Headquarters – Mumbai 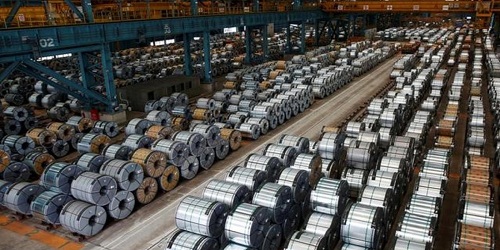 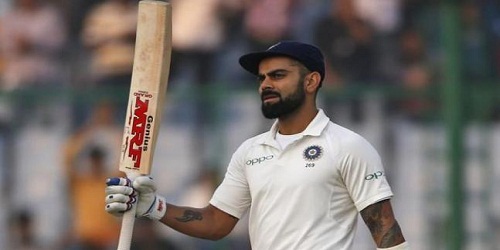 Death of Ray Wilkins:
i. Ray Wilkins was 61 years old. He had played 84 times for England from 1976 to 1986. He also served as a captain for 10 games.
ii. His nickname was “Butch.” He played for teams like Manchester United, Chelsea and AC Milan.
iii. He won the FA Cup in 1983 and the Scottish league title in 1989. He ended his club career in 1997. Later, he served as a commentator on British TV and radio.
Some important stadiums in Goa:
♦ Tilak Maidan Stadium
♦ Duler Stadium
♦ Dr Shyama Prasad Mukherjee Indoor Stadium