We are here for you to provide the important Current Affairs September 25 2018, which have unique updates of all daily events from all newspapers such as The Hindu, The Economic Times, PIB, Times of India, India Today, Indian Express, Business Standard, all Government official websites. 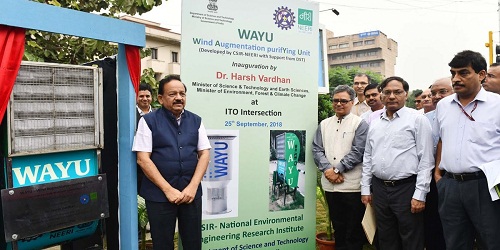 i. This device is meant for traffic junctions at ITO intersection and Mukarba Chowk.
ii. It has been developed by Council of Scientific and Industrial Research –National Environmental Engineering Research Institute (CSIR-NEERI).
iii. It is a part of Technology Development Project that is being funded by Department of Science and Technology.
iv. The ministry would install 54 more WAYU devices at various traffic intersections across Delhi by  15th of October, 2018.
About the Device:
i. The device purify air in an area of 500 meter square.
ii. It would only consume half a unit of electricity for 10 hours of running and would have a maintenance cost of only Rs. 1500 per month.
Delhi:
♦ Chief Minister: Arvind Kejriwal.
♦ Lieutenant Governor: Shri Anil Baijal.
♦ UNESCO Heritage sites:  Qutb Minar, Humayun’s Tomb, Red Fort.

India 4th in Asia and the only SAARC country to have a quit-line number for Tobacco
On September 25, 2018, India became the only SAARC country to have a quit-line number on tobacco products.
i. The Quit call number is: ‘1800-11-2356’.
ii. Union Health Ministry along with the 85% pictorial warning has involved the number in the packaging of tobacco products from September 1, 2018.
iii. India is the 4th such country in Asia after Thailand, Singapore and Malaysia to have a helpline number dedicated for helping people quit tobacco products.
iv. Around 46 countries globally have quit line numbers as part of health warning.
♦ Secretary-General of SAARC: Amjad Hussain B. Sial .
♦ SAARC Countries: Afghanistan, Bangladesh, Bhutan, India, Nepal, the Maldives, Pakistan and Sri Lanka.
♦ SAARC Headquarters: Kathmandu, Nepal.

India ranked 158th among 195 countries for investment in health care and education: The Lancet
On September 25, 2018, according to a study by Seattle-based Institute of Health Metrics and Evaluation published in The Lancet, India ranks 158th in the world for its investments in education and healthcare. 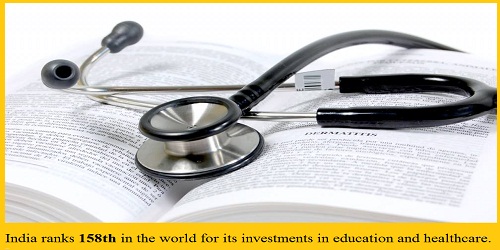 Highlights:
i. Survey was done of 195 countries.
ii. According to the survey, Finland tops the list in the two key sectors.
iii. India ranked 158th in the world, below countries like Sudan (157th), Azerbaijan, China and Bosnia Herzegovina.
iv. Earlier in 1990 India ranked 162nd.
v. It is followed by Namibia at 159th.
vi. The United States ranked 27th, while China placed at 44th and Pakistan 164th.
About the parameters:
i. Human capital is a measure of the education and health levels in a population, expressed as the number of expected years lived between the age of 20 and 64.
ii. It also accounts for life expectancy, functional health, years of schooling and education quality.

YES Bank partnered with RupeeBoss.com for integration of YES mPower BOT
On September 25, 2018, YES Bank, India’s fourth largest private sector bank announced its partnership with RupeeBoss.com, an online financial services company.
i. This partnership would enable integration of YES mPower BOT, the Bank’s chat bot based platform.
ii. It can be accessed across platforms like the online portal RupeeBoss.com for the customers, Magic Finmart , RupeeBoss Business Associate app etc.
iii. It would be used to  support instant loan eligibilities for its several loan products.
iv. YES BANK would be able to leverage RupeeBoss.com’s wide network of agents and employees to offer the Bank’s asset products to a larger customer base.
v. Hence, it will be able to provide its loan applicants with instant information without needing to know all the details about the customers.
YES Bank:
♦ MD&CEO: Rana Kapoor.
♦ Headquarters: Mumbai.
♦ Tagline: Experience our Expertise.
RupeeBoss:
♦ Headquarters: Mumbai.
♦ CEO: P N Shetty.

India to be USD 100 bn FDI destination by 2022: PHD Chamber
On September 25, 2018, according to PHD Chamber of Commerce and Industry Vice President D K Aggarwal, India is expected to have USD 100 billion FDI inflow per annum by 2022.
i. There has been an increase in annual inflow from USD 36 billion in 2013-14 to USD 62 billion in 2017-18.
ii. Make in India initiative, the GST and better rating in Ease of Doing Business are the keys for better inflows in future

Japan world’s first to land rovers MINERVA-II1 on asteroid Ryugu
On September 25, 2018, Japan became the world’s first country to land 2 robotic rovers in asteroid Ryugu. It is also the first man made robot to have landed in an asteroid.
i. The name of the rover that has landed is: MINERVA-II1.
ii. The MINERVA-II1 consists of two rovers, Rover-1A and Rover-1B.
iii. The rovers were aboard the Hayabusa2 spacecraft.
iv. It has been developed by Japan Aerospace Exploration Agency.
Other News:
i. Further, Hayabusa2 is scheduled to deploy a larger rover called MASCOT in October and another tiny hopper next year.
The main spacecraft will collect a sample to bring to Earth for laboratory analysis.
JAPAN:
♦ Capital: Tokyo.
♦ Currency: Japanese yen. 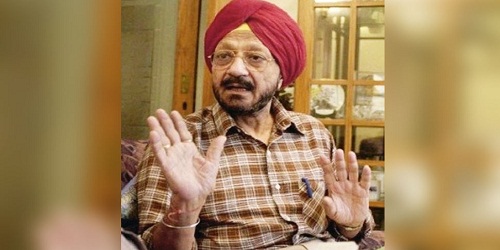 i. He was primarily a cricket commentator and had started his career in All India Radio in 1955.
ii. He was the voice of Indian sports on Doordarshan and  was conferred with the Padma Shri in 1985 and the Padma Bhushan in 2008.
iii. He had covered 9 editions of Olympics from 1968 to 2000 and was also honoured with the ‘Olympic Order’ in 1988 in Seoul by IOC.
iv. He also covered 6 editions each of both Asian Games and Hockey World Cups. i. This took place at the Nelson Mandela peace summit honouring the South African leader at the UN.
ii. He also unveiled statue of Nelson Mandela at the UN marking the 100th anniversary of Mandela’s birth.

Annual Antyodaya Divas organized across the country on September 25
On September 25 every year, Antyodaya Divas is organised across the country.
i. It is celebrated to mark the birth anniversary of Pandit Deendayal Upadhyaya.
ii. This year it was celebrated as part of fortnight Swachhata Hi Sewa movement that was launched in September 15, 2018.
iii. As a part of this, work will be done on ODF and ODF activities in the villages, depending on the ODF status of the villages.
About Swachhta Abhiyan:
i. Launched in 2014, Swachh Bharat Abhiyan (SBA) (or Swachh Bharat Mission (SBM) or Clean India Mission in English) is a campaign in India that aims to clean up the streets, roads and infrastructure of India’s cities, smaller towns, and rural areas. The objectives of Swachh Bharat include eliminating open defecation through the construction of household-owned and community-owned toilets.
ii. Run by the Government of India, the mission aims to achieve an Open-Defecation Free (ODF) India by 2 October 2019, the 150th anniversary of the birth of Mahatma Gandhi, by constructing 90 million toilets in rural India at a projected cost of Rs.1.96 lakh crore (US$30 billion).
♦ The other name of the campaign is ‘Satyagrah se Swachhagrah’.
♦ Slogan is ‘One step towards cleanliness’.