E-postal ballot registered 60.14% turnout in 2019 Lok Sabha elections
Using the Electronically Transmitted Postal Ballot System (ETPBS), out of the 18,02,646 service electors, 10,84,266 e-postal ballots were received indicating 60.14% turnout in Lok Sabha elections 2019. Only 4% was registered in 2014.
Key Points:
i. Persons working in paramilitary forces, the military and government officials deployed in diplomatic missions outside India are classified as Service Voters.
ii. Out of the total number of Service Electors in 2019 polls, 10,16,245 were from the Ministry of Defence; 7,82,595 were from the Ministry of Home Affairs (Central Armed Police Forces); 3539 from the Ministry of External Affairs and 267 from the State Police.
About ETPBS:
It was introduced by the Election Commission of India for Lok Sabha elections 2019 with the motto “no voter to be left behind”. 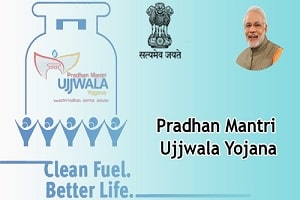 About PMUY:
It was launched by the Prime Minister Narendra Modi on May 1, 2016, in Ballia, Uttar Pradesh. It aims to safeguard the health of women and children by providing free cooking gas- Liquefied Petroleum Gas (LPG) connection to poor families. 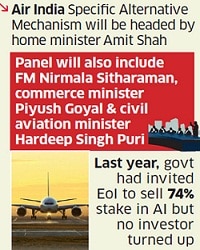 Key Points:
i. The panel will work out modalities for sale of Air India.
ii. Modi 1.0 government had invited bids from investors in 2018 to buy out the government’s 74% stake in Air India along with management control. But the process failed as investors did not put in their bids. The reasons include government retaining 24% stake and corresponding rights, high debt, volatile crude oil prices, fluctuations in exchange rates, changes in the macro environment and restriction on bidding by individuals.
About AISAM:
AISAM was first constituted in June 2017 with 5 members and was headed by the then Finance Minister Arun Jaitley.

Amita Prasad takes charge as ‘Inland waterways’ authority chief and AK Jha to lead NPC
Amita Prasad’s appointment:
On July 19, 2019, As per the  order issued by the Department of Personnel and Training (DoPT),Government of India, Amita Prasad(IAS,1985 batch Karnataka) has been appointed as chairperson of Inland Waterways Authority of India(IWAI), Ministry of Shipping, in the rank and pay of secretary. She replaces Shri Jalaj Shrivastava. 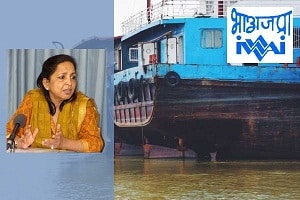 Key points:
i. Prasad is currently serving as Director-General, National Productivity Council (NPC), Department for Promotion of Industry & Internal Trade, Ministry of Commerce & Industry.
ii. She also served as additional secretary in Ministry of statistics and programming.
AK Jha’s appointment:
On July 19,2019, According to the order issued by the Department of Personnel and Training (DoPT),Government of India, Arun Kumar Jha(AK Jha), 1985 batch Indian Economic Service (IES) officer, has been appointed as National Productivity Council (NPC), Department for Promotion of Industry and Internal Trade, as its Director-General. He replaces Amita Prasad.
Key points:
i. He also served as Chief Executive Officer (CEO)of Khadi and Village Industries Commission (KVIC).
ii. Jha also worked as Director-General, National Institute of Entrepreneurship and Small Business Development under the Ministry of Micro, Small and Medium Enterprises.

Silicon Valley of India, Bengaluru tops “most digitised cities” list: Razorpay report 2019
According to the 2nd edition of payments solution company Razorpay Software Pvt Ltd’s digital transactions quarterly report, ‘The Era of Rising Fintech’, Bengaluru got the top position in the list of “most digitised cities” in the April-June 2019 quarter accounting for highest card payments.
Key points:
i. Cities list: Bengaluru is followed by Hyderabad, Mumbai, Pune, and Delhi.
ii. States list: The top five digitised states are Karnataka, Maharashtra, Tamil Nadu, Andhra Pradesh, and New Delhi.
iii. Development:  The report noticed Tamil Nadu is among one of the most developed states in India ranked 4th in contribution in digital transactions with its capital, Chennai’s share was highest at 57%.
iv. P2M category: At the national level, Payments made through credit and debit cards was at 50% in the pay to merchants (P2M) category in the April-June quarter against 56 percent in the January-March quarter.
v.Growth: Usage of credit and debit cards also grew by 22% during the two quarters.
vi. Contribution: The top three sectors contributing to the growth were food and beverage (29%) followed by the gaming industry (15%), financial services (14%).
vii. The report predicts that 40 % of digital payment transaction would be driven by consumers and businesses in Tier-II regions(manufacturing industry) by 2020.
About Razorpay:
♦ Founded: 2014
♦ Headquarters: Bengaluru
♦ Founders: Harshil Mathur, Shashank Kumar 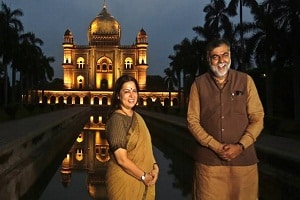 Key points:
i. To highlight the architecture of the 17th Century monument, arches and minarets & a total of 213 technologically advanced LED lights have been used. The consumption of LED (light-emitting diode) lights 62% less electricity as compared to conventional light fixtures.
ii. Archaeological Survey of India has taken up the project to illuminate the important monuments of national capital to highlight the archaeological magnificence of historical monuments.
iii. The illumination that aims to enhance the tourist experience showcase the monuments during Delhi’s late evenings.
About Culture ministry:
♦ It charged with the preservation and promotion of art and culture of India.
♦ Headquarters:  New Delhi
♦ Founded: 2011
♦ Minister responsible: Prahlad Singh Patel, Minister of State (Independent Charge)

National award-winning filmmaker Madhur Bhandarkar’s ‘Indu Sarkar’ is now a part of National Film Archives
National Award-winning Indian filmmaker Madhur Bhandarkar’s political thriller film ‘Indu Sarkar’ has been included into NFAI(National Film Archives of India).
Key points:
i. The film was also screened at KARO cinema in Moscow, Russia in 2017 based on true events of the emergency period of 1975 to 1977.
ii. Bhandarkar’s previous films Chandni Bar, Page 3, Corporate’, Traffic Signal, Jail, and Fashion were already preserved in NFAI.
iii. He received his first National Award for Chandni Bar (2001) on social issues and thereon won National awards for the Best Feature Film and Best Director for his films Page-3(2005) and Traffic Signal (2007) respectively. His movie Fashion (2008) also won National Awards for Best Actress (Priyanka Chopra).
iv. He received the Raj Kapoor Smriti Award (2014) by the Government of Maharashtra for excellent contribution to Indian Cinema.
About NFAI:
♦ Headquarters: Pune, Maharashtra,
♦ It is India’s premier organization for film preservation, conservation, and restoration.
♦ It works under the aegis of the Ministry of Information and Broadcasting.

G7 finance ministers agree on a plan for taxing Gigantic digital companies
On July 18, 2019, In the event of  G7 finance ministers meeting in France, all fully supported two-pillar taxation for large tech companies to be adopted by 2020.
Key points:
i. Digital Taxes: They agreed on a plan for taxing digital companies such as Facebook, Google,  and Amazon in the countries in which they make money, even without any physical presence in the country.
ii. They also agreed that a minimum level of effective taxation would contribute to ensuring that companies pay their fair share of tax.
iii. The plan would have to be further developed by the G20 group of top 20 economies and then implemented under the aegis of the Organisation for Economic Cooperation and Development (OECD).
About G7:
The Group of Seven (G7) is a group consisting of Canada, France, Germany, Italy, Japan, the United Kingdom, and the United States.
IMF (International Monetary Fund) described these seven largest countries as advanced economies in the world. They represent 58% of the global net wealth & also represent more than 46% of the global gross domestic product (GDP) based on nominal values, and more than 32%  based on purchasing power parity.
About G20:
♦ The G20 (or Group of 20) is an international forum for the governments and central bank governors from 19 countries and the European Union (EU). 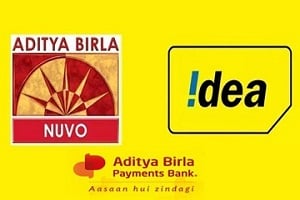 Key Points:
i. ABIPBL is a joint venture by Aditya Birla Nuvo Ltd (51% stake) and Idea Cellular (49%).
ii. The bank has made full and complete arrangements for the return of deposits to the customers. It will restrict further credit to the accounts from July 26, 2019.
iii. It will be the first payments bank to close down after this set of niche banks were started by former Reserve Bank of India governor Raghuram Rajan in 2015. 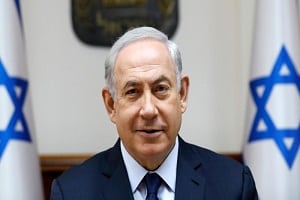 Key points:
i. In 1996, he won his first election, becoming Israel’s youngest-ever Prime Minister at the age of 46.
ii. He secured his 5th term earlier in 2019 but has called fresh elections after failing to form a government. He currently entangled in a series of corruptions affairs and calls for him to resign, but he has denied all accusations, dismissing them as politically motivated.
iii. He led the Likud party, has a reputation for Israel-Palestinian peace process.
About Israel:
♦ Capital: Jerusalem
♦ Currency: Israeli new shekel
♦ President: Reuven Rivlin

Kosovo PM resigns after Hague war court summons
On July 19, 2019, Ramush Haradinaj, prime minister (PM) of Kosovo, Serbia’s southern province has stepped down from his post after he was summoned for questioning as a suspect by the Kosovo Specialist Chambers in The Hague, investigating crimes against ethnic Serbs during the country’s 1998-99 war. 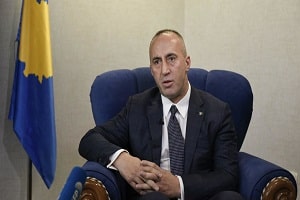 Key points:
i. Haradinaj, former leader of the Kosovo Liberation Army (KLA), took office as prime minister in September 2017.
ii. In 2005, he was forced to step down as PM because of a war-crime case against him.
iii. Kosovo unilaterally declared independence from Serbia in 2008 and it is recognized by the US (United States) and most of the West, but not by Serbia and its allies Russia and China.
About Kosovo:
♦ Capital: Prishtina
♦ Currency: Euro
♦ President: Hashim Thaci 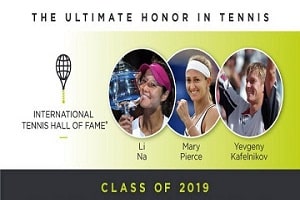 Key Points:
i. Li Na reached the world No. 2 ranking and was a champion at the French Open and the Australian Open. She is the first Asian to be inducted into Tennis Hall of Fame.
ii. Pierce is a former world No. 3 in singles and doubles, and a four-time major champion. She has won the singles title at the Australian Open, singles and doubles titles at Roland-Garros, and a mixed doubles title at Wimbledon.
iii. Kafelnikov is a former world No. 1, Olympic Gold Medalist, and the winner of four major doubles titles. 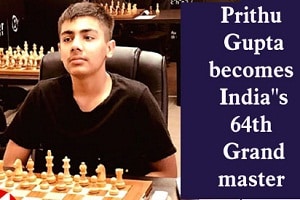 Key Points:
i. He is a Class X student of Modern School (Vasant Vihar), Delhi.
ii. His achievement came 31 years after Viswanathan Anand had become India’s first Grandmaster.
iii. D Gukesh is the youngest GM of India at 12 years, 7 months and 17 days.