UGC approved a new initiative named “STRIDE” to boost research culture in India
In order to boost research culture in India, the University Grants Commission (UGC) approved a new initiative – Scheme for Trans-disciplinary Research for India’s Developing Economy (STRIDE).
Key Points:
i. Importance: It will strengthen research culture and innovation in colleges and universities by assisting students and faculty to contribute towards India’s developing economy with the help of collaborative research.
ii. Initiatives: The important initiatives under the scheme are Research Project, Research Capacity Building and Innovation……………………….Click here to Read more

Jal Shakti Abhiyan launched by the Government to create awareness on benefits of water conservation
On July 1, 2019, Union Jal Shakti Minister, Shri Gajendra Singh Shekhawat, launched the Jal Shakti Abhiyan (JSA)- a campaign for water conservation and water security in New Delhi. It will focus on 256 water stressed districts and 1,592 water stressed blocks.
Key Points:
i. Launched in two phases, the first phase is between July 1, 2019, and September 15, 2019, for all participating States and the second phase, will be from October 1 to November 30, 2019, for States with a retreating monsoon.
ii. The 5 key intervention areas under the campaign include water conservation and rainwater harvesting, renovation of traditional and other water bodies, reuse, bore well recharge structures, watershed development, and intensive afforestation.
iii. A large-scale communications campaign was also planned by the department alongside the JSA.
About Ministry of Jal Shakti:
♦ Founded: 31 May 2019
♦ Headquarters: New Delhi 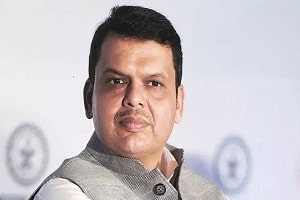 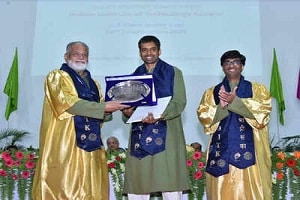 Key points:
i. The honor was bestowed on Gopichand by Prof K Radhakrishnan, former chairman of ISRO (Indian Space Research Organisation) and Chairman of Board of Governors of IIT Kanpur.
ii. Infosys Chairperson Sudha Murthy and missile woman Tessy Thomas were other two to receive this honor.
iii. Gopichand becomes the second Indian badminton player to achieve this feat after Prakash Padukone.
iv. The former recipients of this award are Dr. APJ Abdul Kalam and former Prime Minister Mr. Manmohan Singh. 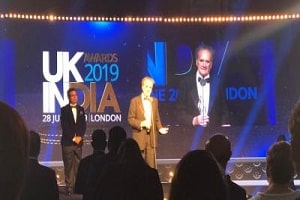 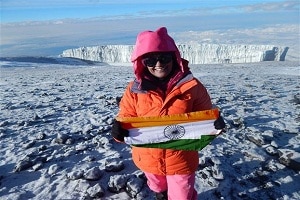 Key points:
i. She is the first civil servant and IPS (Indian Police Service) officer to achieve the feat of completing ‘7 Summits’ challenge.
ii. This was her seventh Summit in her mission of ‘Seven Summits’ Challenge and scaled the summit in her 3rd attempt. 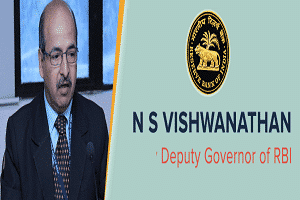 i. He is in charge of regulation of banks, non-banking finance companies, and cooperative banks.
ii. Besides N S Vishwanathan, B P Kanungo and M K Jain were the two other deputy governors of RBI.
iii. He is also a member of the Bimal Jalan committee which looks into the appropriate economic capital framework for RBI.
Reserve Bank of India (RBI):
♦ Set up on 1st April,1935
♦ Governor – Shaktikanta Das 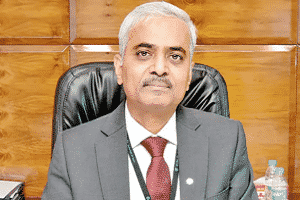 Key points:
i. Prior to this appointment, he was MD & CEO of Dena Bank.
ii. He was on Special Duty and Whole Time Director of IOB since April 2019.
iii. He had also served State Bank of India as Deputy Managing Director and Chief Credit Officer.
iv. He also headed SBI as Manager-Treasury in Johannesburg, South Africa.
About IOB:
♦ Founder: M. Ct. M. Chidambaram Chettyar
♦ Founded: 10 February 1937
♦ Tagline: Good people to grow with.

NASA’s TESS space telescope discovers its smallest planet named L 98-59b
The United States(US) space agency, NASA’s(National Aeronautics and Space Administration) Transiting Exoplanet Survey Satellite (TESS) has discovered a new planet called L 98-59b. It is roughly around 80 percent the size of Earth. It orbits L 98-59 star, which is about one-third the mass of Sun and lies about 35 light-years away.  The planet, called L 98-59b, marks the tiniest discovered by TESS to date.
Key points:
i. Two other exoplanets were also discovered orbiting the L 98-59 known as L 98-59c and L 98-59d.
ii. The discovery was published in The Astronomical Journal.
iii. TESS: It is a space telescope cost $200 million launched as part of NASA’s Explorers program. It is aimed at searching for exoplanets using the transit method in an area 400 times larger than that covered by its predecessor Kepler mission.

NASA to send ‘Dragonfly’ drone mission to Titan for looking origins & signs of life
America’s space agency, National Aeronautics and Space Administration (NASA) has planned to send a flying multi rover vehicle, ’Dragonfly’ to Saturn’s moon Titan to search for signs of life.
Key points:
i. It will be launched in 2026 and set to land on Saturn’s largest moon in 2034. The outlay of the mission was $850 million.
ii. It is the part of the NASA’s New Frontiers program, which includes Pluto probe New Horizons, Jupiter probe Juno and OSIRIS-Rex asteroid mission.
iii. Mission: It will be launched with the aim of collecting samples, examining sites around Titan and looking for prebiotic chemical processes common on both Titan and Earth.
iv.Dragon fly: It will be for the first time NASA will fly multi-rotor vehicle, which has eight rotors and flies like a large drone for science on another planet.
v.Titan: It is Saturn’s largest moon and the second largest moon in the solar system after Jupiter’s moon Ganymede.

Astronomers discovered the source of Fast radio burst
For the first time, an international team of researchers has discovered the source of FRB 180924, a mysterious powerful pulse of cosmic energy known as Fast Radio Burst (FRB), which lasted for just a fraction of a second. The discovery has been made by using the Australian Square Kilometer Array Pathfinder (ASKAP) radio telescope in Western Australia.
Key points:
i. It is said to be originated in the outskirts of Milky Way-sized galaxy roughly 3.6 billion light-years from Earth.
ii. The first FRB (FRB 121102) was discovered in 2007 and so far over 80 have been detected.
iii. The findings published in AAAS journal Science. The lead author of the study was Keith Bannister.

NASA’s PUNCH mission has selected Indian Scientist Dipankar Banerjee as its co-investigator
Dipankar Banerjee, a solar physicist from Indian Institute of Astrophysics has been selected by NASA (National Aeronautics and Space Administration) for its PUNCH mission.  Prof. Banerjee is also the co-Chair of India’s Science Working Group, as India is planning to send up its own satellite Aditya-L1, a mission to study the Sun’s corona.
i. Dipankar Banerjee will study the acceleration of the solar wind. He will focus on the polar regions of the Sun.
ii. The team will also observe the Sun using joint observations from PUNCH and Indian mission Aditya.
About PUNCH:
i. PUNCH is an acronym for “Polarimeter to Unify the Corona and Heliosphere“, which will image the Sun.
ii. The objective of the mission is to understand the transition of particles from the Sun’s outer corona to the solar wind that fills interplanetary space.
iii. Corona is the atmosphere of the Sun connecting with the interplanetary medium.
iv. The mission is expected to be launched in 2022.
Other Missions for Sun’s atmosphere:
NASA’s Parker Solar Probe and the ESA-NASA joint project, Solar Orbiter, due to be launched in 2020, will study the structures of the Sun’s atmosphere.

Odisha to host the 21st Commonwealth Table Tennis Championship 2019
On July 1, 2019, The Department of Sports and Youth Service of the Odisha government signed a Memorandum of Understanding (MoU) with Table Tennis Federation of India (TTFI) and Odisha State Table Tennis Association (OSTTA) to host the 21st Commonwealth Championship for the year 2019. It will be held from July 17-22, 2019 at the Jawaharlal Indoor Stadium in Cuttack, Odisha. 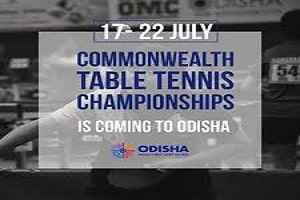 Bhullar finishes 13th at the Estrella Damm N.A. Andalucia Masters 2019
At the Estrella Damm N.A. Andalucia Masters for 2019 hosted by Sergio Garcia Foundation which was held at Real Club Valderrama, Spain, Indian golfer Gaganjeet Bhullar finished at the 13th spot. Another Indian, Shiv Kapur finished at the 56th spot.
i. South African Christiaan Bezuidenhout won his first European Tour title. He won by six strokes. He was awarded the prize money of €500,000. The total prize money of the tournament was €3,000,000.
ii. He has been followed by Adrià Arnaus and Eduardo De La Riva of Spain. 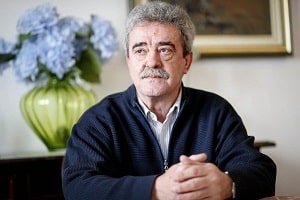 ii. He also served as the Prime Minister of Yugoslavia from 1998 until 2000.
iii. He is the founder of Montenegro’s ruling Democratic Party of Socialists along with the country’s long-serving leader, Milo Djukanovic. But they split when Djukanovic turned away from Milosevic to eventually lead Montenegro to independence in 2006. 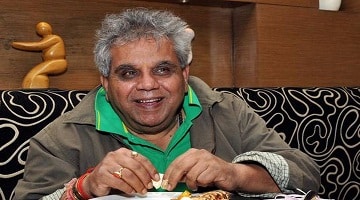 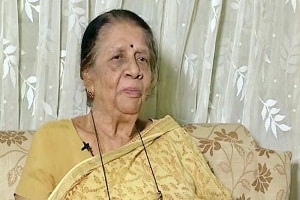 i. She was the president of the National Union of Working Women, in Tamil Nadu, Karnataka and Andhra Pradesh, Vice President of Tamil Nadu Congress Committee (TNCC) and member of the All India Congress Committee. She was the first South Asian woman member to be elected to the Governing Council of the Society for International Development, Rome. She was also a member of the Inter-ministerial Conference on Women and Children to the Philippines in the year 1994.
ii. She was the recipient of Padma Shri in 1987, International Activist Award by Gleitsman Foundation in 2003, Jamnalal Bajaj Award in 2009, Bharat Ratna Rajiv Gandhi Mahila Shakthi Award in 2009, and Social Lifetime Achievement Award from Godfrey Phillips India in the year 2010.
iii. She was awarded an honorary doctorate from the University of Lueneburg (Germany) in 1999. 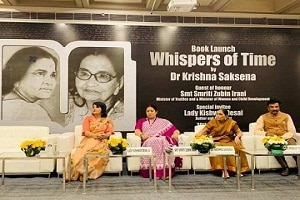 Key points:
i. The book was published by Prabhat Prakashan.
ii. It is the ninth book of Saksena, and it talks about her experiences and observations in her long life of ninety years.
iii. Saksena, a professor at Delhi University, the first woman candidate from Uttar Pradesh to get a Ph.D. degree in English Literature in 1955.

World Sports Journalists Day 2019 observed on July 2
World Sports Journalists Day was observed on July 2, 2019. It is celebrated to mark the services of sports journalists for the promotion of sports.
i. It was established by the International Sports and Press Association (AIPS- Association Internationale de la Presse Sportive) in 1994 to mark the 70th anniversary of its foundation which was founded on July 2, 1924, during the Summer Olympics in Paris.
ii. Sports journalists from all over the world are united by the AIPS. In India, the sports federation is named as Sports Journalists’ Federation of India (SJFI), that was set up on February 27, 1976.

World UFO day observed on 2 July 2019
On July 2, 2019, World UFO (Unidentified Flying Objects) day was observed all over the world. It is celebrated to increase awareness among people about the existence of UFO. 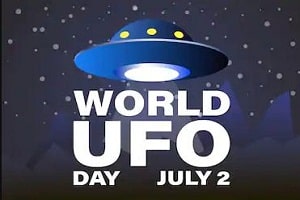 Key points:
i. The first World UFO Day was celebrated in 2001.
ii. Earlier, the day was celebrated on June 24, the date on which aviator Kenneth Arnold reported seeing nine unusual objects flying over the state of Washington but WUFODO (World UFO day Organization) declared July 2 as the world UFO day to celebrate it on a larger scale. 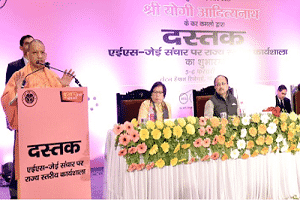 Key Points:
i. The Chief Minister Yogi Adityanath inaugurated the second phase of Communicable Disease Control and DASTAK campaign which will run from 1st to 31st July 2019.
ii. Under this, campaign teams will go door to door in every village of the 75 districts of the state to create awareness about communicable diseases as well as JE and AES.
iii. Departments of the state like health, rural development, primary education will work together to spread awareness about the diseases.
iv. In 2018, the UP government had started ‘Dastak’ campaign in association with the United Nations Children’s Fund (UNICEF) to control encephalitis and other vector-borne diseases.
About Uttar Pradesh:
♦ Capital: Lucknow
♦ Governor: Ram Naik
♦ Wildlife Sanctuary: Hastinapur Wildlife Sanctuary
♦ National Parks: Dudhwa National Park 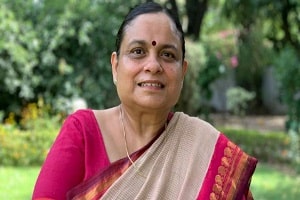