We are here for you to provide the important Current Affairs January 20 2019, which have unique updates of all daily events from all newspapers such as The Hindu, The Economic Times, PIB, Times of India, PTI, Indian Express, Business Standard and all Government official websites. 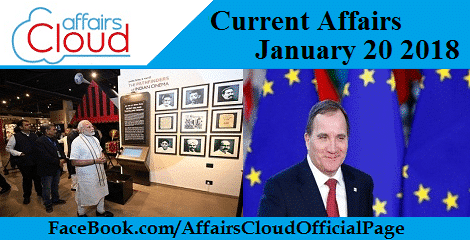 Salient Features of the Museum:
i. The state-of-the-art museum has been built at a cost of Rs 140.61 crore and is housed in two buildings – the New Museum Building and the 19th century historic palace Gulshan Mahal – in the Films Division campus in Mumbai.
ii. The National Museum of Indian Cinema was build under the guidance by the Museum Advisory Committee headed by noted film maker Shyam Benegal. An innovation Committee headed by lyricist Prasoon Joshi was also constituted to provide an upgrade to NMIC.
iii. The building has four exhibition Halls.

iv. The objective of the Museum is to take its visitors through an absorbing journey of over a century of Indian cinema in a story telling mode with the help of visuals, graphics, artifacts, interactive exhibits and multimedia expositions. Government approves setting up of three new naval air squadrons
On 18th January 2019,Government approved Setting up of Three Naval air Squadrons in Gujarat and TamilNadu.This Decision is taken to enrich the Indian Navy’s Overall Strength.
Key Points:
i. In addition to this approval Government of India also approved recruitment of ManPower for Dornier Surveillance Squadrons located in Kerala and Andaman Islands.
ii. In 2016, contract for procurement of Dornier 228 maritime surveillance aircraft was signed with Hindustan Aeronautics Limited.
iii. The Aircraft would enhance Maritime Domain Awareness of Indian Navy through round the clock sensor based surveillance and provide targeting data in areas of operation to ward off terror and other threats from sea.
About Indian Navy:
♦ Chief of the Naval Staff (CNS): Admiral Sunil Lanba
♦ Vice Chief of the Naval Staff (VCNS): Vice Admiral Ajit Kumar
♦ Deputy Chief of the Naval Staff (DCNS): Vice Admiral G. Ashok Kumar. Key points
i. More than 300 companies from 25 countries from around the world have displayed their product at the BES EXPO 2019.
ii. The conference was organized for the 25th consecutive year and will be attended by more than 1000 delegates.
iii. BES EXPO 2019 was organized by Broadcast Engineering Society (India), endorsed by DRM U.K. and supported by Prasar Bharati, ABU Malaysia, AES India, Ministry of Communications & IT and Society of Broadcast Engineers, U.S.A.
About Telecom Regulatory Authority of India (TRAI)
♦ Headquarters- New Delhi.
♦ Chairman- Ram Sewak Sharma.
♦ Secretary- Sunil K. Gupta.
About Ministry of Information and Broadcasting
♦ Minister of State- Rajyavardhan Singh Rathore.
♦ Secretary- Amit Khare

Odisha Chief Minister Naveen Patnaik announced extension of free health services under Biju Swasthya Kalyan Yojana
On 17th January 2019, Odisha Chief Minister, Shri Naveen Patnaik announced the extension of free health services under Biju Swasthya Kalyan Yojana(BSKY) to all medical colleges and hospitals of Odisha from 1st February 2019.
Key Points
i. Earlier the free health services under Biju Swasthya Kalyan Yojana also known cashless care were available to all at sub-centres in villages and district headquarters hospitals.
ii. Under the scheme, all the patients irrespective of APL or BPL category will be eligible to avail the free health services at government medical colleges and hospitals.
iii. An Additional provision of over Rs 100 crore was made for this scheme by state government from its budget.
iv.In empanelled private hospitals, over 70 lakh families will continue to avail of cashless care up to Rs.5 lakh per annum per family, and Rs.7 lakh for women members.
About Biju Swasthya Kalyan Yojana(BSKY)
BSKY was launched on 15th August 2018 by Odisha Government. This scheme provide free medical services to all at government colleges and hospital irrespective of the category of the patients without any requirement of income, residence or any other document. The scheme received an overwhelming response and till now over 2.25 crore people have availed free treatment under this scheme.
About Odisha
♦ Governor: Ganeshi Lal
♦ Chief Minister: Naveen Patnaik
♦ Capital: Bhubaneswar
♦ National Parks (NP): Similipal NP, Bhitarkanika NP

Agri-Vision 2019, a two-day conference on ‘Envisioning Agro Solutions for Smart and Sustainable Agriculture’ at Hyderabad
On 17th January 2019, Vice-President of India Shri Venkaiah Naidu inaugurated the 2-days Agri-Vision 2019 conference on ‘envisioning Agro-solutions for smart and Sustainable Agriculture” in Hyderabad, Telangana. The conference was concluded on 18th January 2019.

IAF AN-32 lands in Pakyong Airport of Sikkim
On 16th January 2019, Indian Air Force AN-32 transport aircraft landed on the Sikkim’s first airport and one of the highest airfields of the country, Pakyong Airport.
Key Points
i.  The Pakyong Airport which is just 60 km away from India-china border is situated at 4500 feet above sea level and it was inaugurated by Indian Prime Minister, Shri Narendra Modi in September 2018.
ii. It was the first landing by an AN-32 class aircraft on the Pakyong Airport and the crew was led by Wing Commander SK Singh.
iii. A Dronier aircraft of Indian Air Force had already landed on Pakyong Airport.
iv. Pakyong Airport was developed to boost connectivity land-locked state, Sikkim with rest of the country.
About India Air Force
♦ Chief of the Air Staff: Air Chief Marshal Birender Singh Dhanoa
♦ Headquarters: New Delhi
♦ Motto: Touch the sky with glory

Group insolvency: UK Sinha-headed working group to suggest suitable framework
Former Chairman of Securities and Exchange Board of India (SEBI), U.K. Sinha will head an 11-member working group constituted by the Insolvency and Bankruptcy board of India (IBBI) to study the concept of ‘Group Insolvency’ and suggest a suitable framework.
Key Points
i. The Working Group have to submit the report within two months recommending a regulatory framework to facilitate insolvency resolutions and liquidation of corporate debtors in a Group.
ii. It was noted that Corporate groups falls apart in insolvency and thereby thwart the chances of their restructuring. Group Insolvency will prevent this situation.
iii. Group Insolvency will be very beneficial in a situation where two or more applications are pending in the same court against debtors in the same group.
iv.  Managing Director of State Bank of India, Anshula Kant and Executive Director and CFO of Tata Steel, Koushik Chatterjee are members this working group.
The Insolvency and Bankruptcy board of India (IBBI)
♦ Chairman: M.S. Sahoo
♦ Headquarters: New Delhi

BHEL and LIBCOIN to Build India’s First Lithium Ion Giga Factory
On 18th January 2019, Government announced that Bharat Heavy Electricals Limited (BHEL) and Libcoin are in dialogue to form a world class consortium to initially build the first lithium Ion battery plant in India.
Key Points
i. The Initial capacity of the plant will be 1GWh and it will be scaled up to 30 GWh in due course.
ii. This project will bring energy independence by replacing oil imports with abundant renewable energy sources. The aim of the project is to create integrated manufacturing ecosystem resulting in self-reliance and lower cost.
iii. This project will includes “Made by India, for India” with focus on core cost component manufactured domestically.
iv. The cutting edge digital technologies to replace high CAPEX and high OPEX processes will be the highlight of this project in India.
About Bharat Heavy Electricals Limited (BHEL)
♦ Headquarter- New Delhi.
♦ Chairman and Managing Director- Atul Sobti. 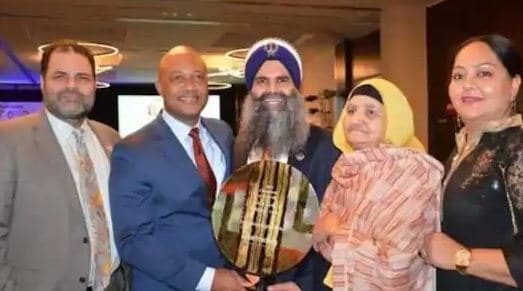 Background:
In 2007, Khalsa was refused access to board an airplane because of his turban. 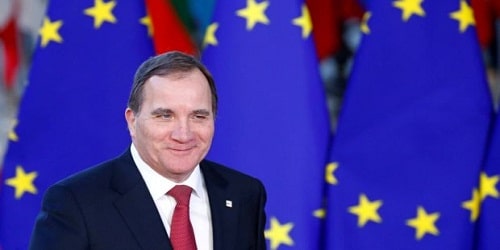 Key Points
i. Stefan Lofven was succeeded in his second attempt to form government.
ii. Government is formed in coalition with the Green Party and in budget cooperation with Center Party and the Liberals.
iii. Legislative Elections in Sweden were held in September 2018 and no main parliamentary bloc win majority in these elections.
About Sweden
♦ Capital-Stockholm
♦ Currency- Swedish Krona 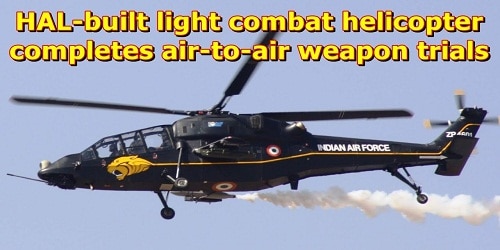 Key Points:
i. The helicopter is equipped with helmet mounted sight and a forward looking infrared sighting system, allowing its pilots to detect and destroy any target on ground or in the air.
ii. Other weapons on the LCH include a 20mm Turret gun and 70 mm Rockets,that had completed the test last year.

ISRO to launch two unmanned space missions in 2020 and 2021
On 18th January 2019,ISRO announced that two unmanned space missions to be launched in the year 2020 and 2021.
Keypoints:
i. Country’s first manned space flight Gaganyaan will send three humans into space for seven days by December 2021,which will carry humanoids not animals.
ii. Inorder to boost the Space Mission in India,the Union Cabinet had approved Rs 10,000 crore budget for the proposed human spaceflight mission.
iii. ISRO would launch a one month ‘Young Scientists programme to provide them with practical experience in building satellites.
iv. ISRO will develop an incubation center at Tripura and four more will be created at Trichy, Nagpur, Rourkela, and Indore. 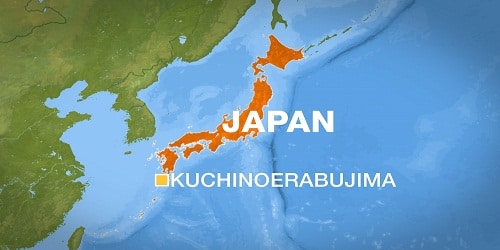 Key Points
i. All the 140 people living on the Kuchinoerabu island were evacuated after the violent eruption. Japan has 110 active volcanoes.
ii. Kuchinoerabu Island is 1,000km southwest of the capital, Tokyo and has an area of 38 square kilometers. The entire island lies within the borders of the Kirishima-Yaku National Park.
iii.  Mount Shindake had experienced explosive eruption in 2015. Meteorological Agency of Japan had alerted people for volcanic rocks and pyroclastic flows.
About Japan
♦ Capital- Tokyo
♦ Currency- Yen
♦ Prime Minister- Shinzo Abe

INLD MLA Jaswinder Sandhu passes away in Haryana
On 19th January 2019, Indian National Lok Dal (INLD)’s senior leader and MLA Jasvinder Singh Sandhu passed away after Suffering from Cancer at the age of 63 in Haryana.
i. He had been elected to the Haryana Vidhan Sabha from the Pehowa seat in 1991, 1996, 2000 and 2014.
ii. He had also served as the agriculture minister of the state.