We are here for you to provide the important Current Affairs December 24 2018, which have unique updates of all daily events from all newspapers such as The Hindu, The Economic Times, PIB, Times of India, PTI, Indian Express, Business Standard and all Government official websites. 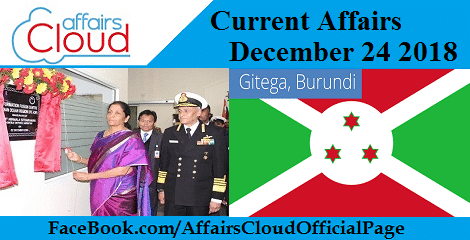 i. The IFC-IOR is aimed to engage with partner nations to develop maritime domain awareness and share information on vessels of interest in the Indian Ocean Region (IOR).
ii. It would also help enhance maritime security and safety.
iii. The information exchange at the IFC-IOR would be initially undertaken by virtual means, using telephone calls, faxes, emails and video conferencing over internet.
iv. It would undertake conduct of exercises and training capsules in maritime information collation and sharing.The IFC-IOR website : Click Here
Background:
The Indian Ocean Region (IOR) is vital to world trade and economic prosperity of many countries as more than 75 per cent of the world’s maritime trade and 50 per cent of global oil consumption passes through it.
Ministry of Defence:
♦ Union Minister: Smt. Nirmala Sitharaman.
♦ Minister of State: Shri. Subhash Bhamre.
♦ Secretary, Department of Defence R&D and Chairman DRDO: Dr G Satheesh Reddy

Centre of Excellence for Genetic Blood Disorders at Prathima Institute in Karimnagar inaugurated by President of India
On December 22, 2018, the President of India, Shri Ram Nath Kovind, on his first visit to Karimnagar, inaugurated the Centre of Excellence Genetic Blood Disorders at the Prathima Institute of Medical Sciences in Karimnagar, Telangana. 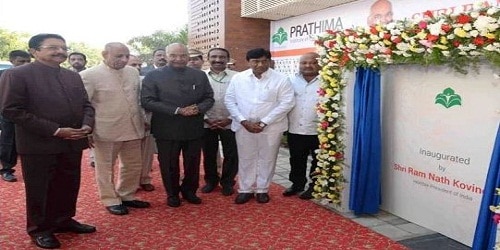 i. This centre will work on Sickle Cell Anaemia, Thalassemia and Other Genetic Blood Disorders.
ii. It was set up by Prathima Institute of Medical Sciences.
Background:
India has the largest number of children with Thalassemia major in the world.

Andhra, Himachal and Madhya Pradesh best performing states under maternity benefit programme PMMVY: MoSWCD
On December 21, 2018, Minister of State for the Women and Child Development  Virendra Kumar released the performance of states and UTs under the maternity benefit programme named Pradhan Mantri Matru Vandana Yojana.
i. Andhra Pradesh, Himachal Pradesh and Madhya Pradesh topped the charts as the best performing states.
ii. According to the finding, 51.70 lakh beneficiaries are covered annually under the PMMVY.
iii. Grants-in-aid amounting to Rs 2,048.59 crores and Rs 369.31 crores have been sanctioned to the states and the Union Territories during the year 2017-18 and 2018-19 respectively.
About Pradhan Mantri Matru Vandana Yojana (PMMVY):
♦ Launched: 2016.
♦ Under Ministry of Women and Child Development.
♦ It is a centrally-sponsored scheme under which the cost-sharing ratio between the Centre, states and the Union Territories with the legislation is 60:40.
♦ For the eight northeastern states and the three Himalayan states, it is 90:10, and 100 per cent central assistance for the Union Territories without the legislation.
Ministry of Women and Child Development:
♦ Union Minister: Smt Maneka Gandhi.
♦ Minister of State: Dr. Virendra Kumar.
♦ Secretary: Shri Rakesh Srivastava. 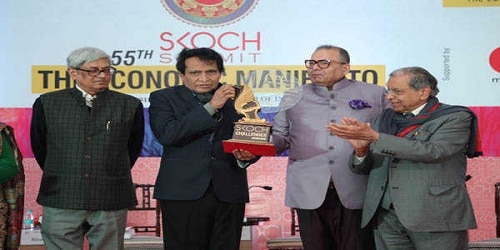 i. It was hosted by SKOCH group, the think tank for socio-economic issues with focus on inclusive growth.
ii. The Summit had 3 sub sessions focusing on the following themes:

iii. A book titled India 2030 was also released on the occasion.
iv. Awards were distributed recognizing the efforts and contributions of the different people and states
Following shows the list of awardees: 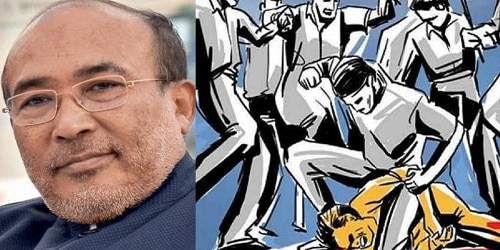 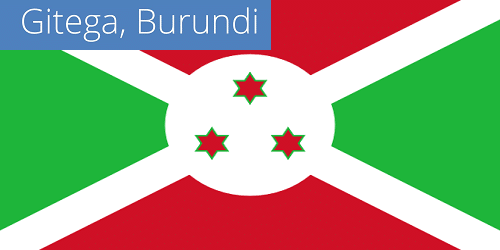 Indians stood at 12th rank in the “Misperception index”
Indians placed at 12th rank in the “misperception index” according to the MORI Perils of Perception Survey 2018, done by Ipsos India, an independent market research company.It behind several countries like, Italy, Singapore, Hong Kong, South Korea, Chile and Argentina, among others.
i. Thailand, Mexico, Turkey, Malaysia, and Brazil were ranked first in five and performed poorer than India. “Misperception index” is based on questions which asked to people and it revealed the wide chasm between what people perceived and what was real. The survey was conducted during September 28-October 16 this year in 37 countries online.
About Misperception index:-
For an instance ,a question discussed was the number of Muslims in the country but participants were guessed the number of Muslims in the country to be at 32 per cent of the total population, whereas the actual number was 14 per cent. This is called misperception.
i. When the participants were asked about the size of Indian economy out of 200 countries, the people underestimated even that, putting it at 50th position, while in reality India is the seventh-largest economy of the world.

RBI shortlists TCS, Wipro, IBM and 3 others for setting up Public Credit Registry
On 23rd December 2018,Reserve Bank of India has shortlisted six major IT companies, TCS, Wipro and IBM India, Capgemini Technology Services India, Dun & Bradstreet Information Services India, and Mindtree Ltd. to set up a wide-based digital Public Credit Registry (PCR) to capture details of all borrowers and willful defaulters.
KeyPoints:
i. PCR will include data from entities like market regulator Sebi,corporate affairs ministry, Goods and Service Tax Network (GSTN) and the Insolvency and Bankruptcy Board of India (IBBI) to enable banks and financial institutions to get a 360-degree profile of the existing as well as prospective borrowers on a real-time basis.
ii. PCR assumes significance of rising bad loans in the financial system. The non-performing assets in the banking system stand at about Rs 10 lakh crore.CRILC is a borrower-level supervisory dataset that keeps record of loans of Rs 5 crore and above.
Reserve Bank of India:
♦ Formed:1 April 1935
♦ Governor:Shaktikanta Das
♦ Headquarters:Mumbai.

GDP inching up to 7.4% in FY20 and 7.2% in FY19: ICICI Bank
On December 22, 2018, ICICI Bank projected the GDP to increase to 7.4% in 2019-20.
i. Its growth forecast for FY2019 is at 7.2 mainly due to slow consumption.
ii. It states that one of the biggest factors restricting growth will be the real estate and small scale units as they are yet to recover from effects of GST and demonetisation.
ICICI Bank:
♦ Headquarters: Mumbai.
♦ MD& CEO: Mr. Sandeep Bakshi.
♦ Chairman: Mr. Girish Chandra Chaturvedi.
♦ Tagline: Hum Hain Na! 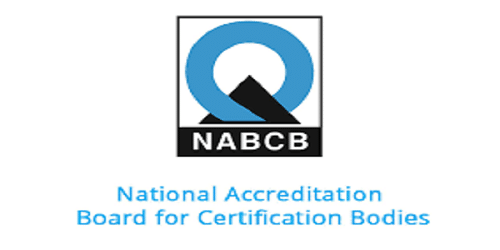 i. It is the third accreditation body in the Asia Pacific Region to become internationally equivalent in the region, the other two being the accreditation bodies of Hong Kong and Mexico.
ii. It is a constituent Board of the Quality Council of India, is responsible for accreditation of certification/inspection bodies as per applicable international standards under an international system of equivalence.
iii. It has also signed the Multilateral Recognition Arrangement (MLA) of the Pacific Accreditation Cooperation (PAC) on 19 December 2018.
iv. This recognition would directly benefit the Indian Industry which is exporting products to various countries specially in the Asia Pacific region.
v. Thus any industry carrying ISO 45001 certificate with NABCB logo will be recognized in the Asia Pacific region.
National Accreditation Board for Certification Bodies (NABCB):
♦ Headquarters: New Delhi.
♦ CEO:Anil Jauhri. 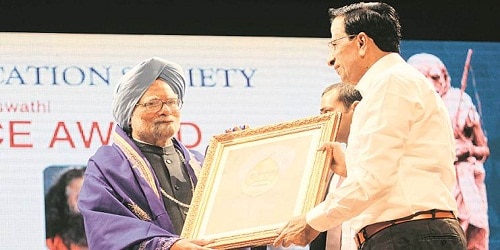 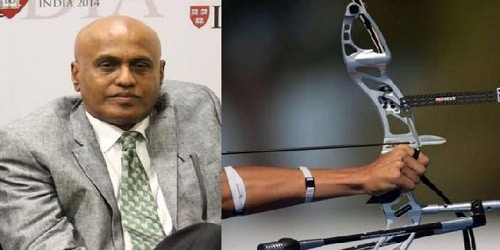 India successfully test-fires nuclear-capable Agni-IV missile off Odisha coast
On Dec.23 2018, India successfully test fired its nuclear capable long range ballistic missile Agni-IV with a strike range of 4,000 km .The strategic surface-to-surface missile was flight tested from the Integrated Test Range (ITR) at Dr Abdul Kalam Island off Odisha coast earlier known as Wheeler Island and it is 20 meter long with a weight of 17 tonnes. This was the 7th trial of Agni-IV missile.
Agni-IV missile is equipped with advanced Avionics, 5th generation On Board Computer and distributed architecture. Radars and electro-optical systems had been positioned along the coast of Odisha for tracking and monitoring all parameters of the missile.

Seven day 37th Senior National Rowing Championship held in Pune
On December 23, 2018, the seven day 37th Senior National Rowing Championship concluded at Army Rowing Node, College of Military Engineering in Pune. It started on December 17, 2018.
i. The categories of the competitions are:
2000 metres and 500 metres.
ii. It was inaugurated by Lt General Michael Mathews.
iii. The Army Team emerged as the champions in 2018 and was followed by the Services team that came in second.
iv. This year, 498 rowers from 24 teams of various States (except West Bengal) and Associations competed in approximately 200 races over last four days.
v. It also saw participation by the Asian games medallists Subedar Sawarn Singh and Naib Subedar Dushyant Chauhan in mixed event which was introduced for the first time in the National Championship.
For more information: Click Here
Rowing Federation of India:
♦ President: Mrs. Rajlaxmi Singh Deo.
♦ Headquarters: Mumbai. 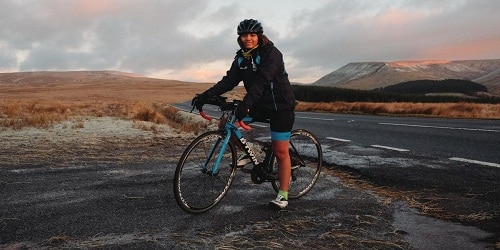 ii. She started off from Perth in July and will be flying back to the Australian city to complete the record.
iii. British adventurer Jenny Graham, 38, is the fastest woman to have cycled the globe in 124 days in 2018.

i. She was a Padma Shri recipient in 1998 and was also known as “Asomiya Lata Mangeskar.”
ii. She was honoured with The Axom Srestho by The Telegraph, Silipi Bota (2010) and Aideu Handique Silpi Award (2012) among others.