We are here for you to provide the important Current Affairs December 23 2018, which have unique updates of all daily events from all newspapers such as The Hindu, The Economic Times, PIB, Times of India, PTI, Indian Express, Business Standard and all Government official websites. NBCFDC Signs MoU with BSE institute Ltd. TO Facilitate Skill Development Training to its Target Group
On 21st December 2018, National Backward Classes Finance and Development Corporation (NBCFDC), an autonomous corporation under Ministry of Social Justice & Empowerment signed a Memorandum of Understanding (MoU) with BSE Institute Ltd. for facilitating Skill Development Training to the target group of NBCFDC.
Key Points:
i. The BSE Institute Ltd, which is a 100% subsidiary of Bombay Stock Exchange (BSE Limited), works as a promoter of Banking, Financial Services and Insurance (BFSI) Sector Skill Council of India constituted under the aegis of Ministry of Skill Development & Entrepreneurship (MSDE) which is a nodal body for industry interface and MSDE.
ii. The MoU was signed between Sh. K. Narayan, MD of NBCFDC and Sh. Ambarsh Dutta, MD & CEO of BSE Institute Ltd in the presence of Shri Vijay Sampla, Minister of State for Social Justice & Empowerment.
iii. The training for the said target group will be commenced in current financial year at select locations and expanded on a pan India in the coming years.
iv. NBCFDC facilitate skill development training to Other Backward Classes (OBC), Economically Backward Classes (EBCs), Denotified Nomadic and Semi-Nomadic Tribes (DNTs) and senior citizens under its “Skill Development Training Programme (SDTP)” so that eligible members may engage in developmental activities by way of self/wage employment.
About Ministry of Skill Development & Entrepreneurship:
♦ Minister: Dharmendra Pradhan
♦ Minister of State: Anantkumar Hegde
About Ministry of State for Social Justice & Empowerment:
♦ Minister: Thawar Chand Gehlot
♦ Ministers of State: Vijay Sampla, Krishan Pal Gurjar, Ramdas Athawale

Railways launches new EMU train with 130 kmph speed
On 19th December 2018, a Train-18 like new generation Mainline Electrical Multiple Unit (MEMU) with underslung equipment and some features from the Train 18 was launched by the Integral Coach Factory (ICF), Chennai. i. The coaches of the new MEMU are longer at 23.1m against 21.3m in the older MEMU and the train is capable of running at around 130 kilometres an hour.
ii. The new train is equipped with a CCTV surveillance system both inside the coaches and outside the driver’s cab, a Talk Back system to enable passengers to talk to the driver in case of emergency and a GPS based passenger information and announcement system. 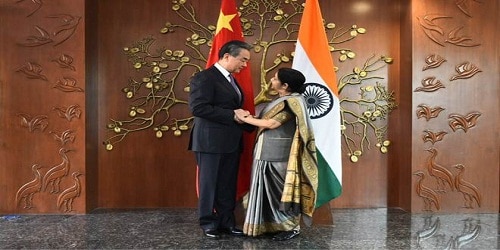 iii. This forum played a significant role in boosting media cooperation between the two countries.
Background:
These meetings were held as a part of the 4-day visit of the Chinese State Councilor & FM Wang Yi to India.
China:
♦ Capital: Beijing.
♦ Currency: Renminbi. Jharkhand announces Rs 2,250-crore scheme to help farmers: Mukhya Mantri Krishi Yojana
On 21st December 2018, Jharkhand Chief Minister Raghubar Das announced a Rs 2250 crore scheme named as “ Mukhya Mantri Krishi Yojana” which will help around 22.76 lakh medium and marginal farmers to double their income by 2022. The Central Government has set a goal to double the income of all the farmers by 2022.
Key Points
i. The Scheme will start from 2019-20 financial year. It will help farmers to procure seeds, fertilisers and other requirements for agricultural purposes.
ii. Under the scheme, the state government will give Rs 5000 per acre up to maximum of 5 acre to 22.76 lakh medium and marginal farmers.
iii. Those farmers who have less than 1 acre land will also get Rs. 5000.
About Jharkhand
♦ Governor: Draupadi Murmu
♦ Chief Minister: Raghubar Das
♦ Capital: Ranchi
♦ National Parks: Betla National Park 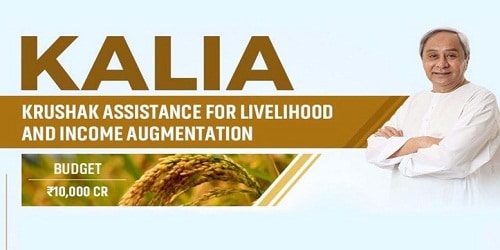 Key Points:
i. The Rs 10,000 crore scheme, which would be executed through Direct Benefit Transfer (DBT) mode, covers 92% (over 30 lakh) of cultivators, loanee and non-loanee, share-croppers & landless labourers.
ii. According to the scheme an amount of Rs 10,000 per family at the rate of Rs 5,000 each for Kharif and Rabi seasons shall be provided as financial assistance for taking up cultivation.
iii. This assistance is for five crop seasons spanning three years from 2018-19 to 2021-22 and is also not linked to the extent of land owned thereby benefiting share croppers and actual cultivators most of whom own very small extent of land.
iv. The KALIA scheme also has a component for about ten lakh landless households in the form of livelihood support by providing each household a unit cost of Rs 12,500 to take up activities like goat rearing units, mini layer units, duckery units, fishery kits for fishermen and women, mushroom cultivation and bee keeping.
v.  Beside this an annual financial assistance of Rs 10,000 per household will be provided to take care of sustenance of farmers not able to take up cultivation due to old age, disability, disease or other reasons.
vi. Life insurance cover of Rs 2 lakh and additional personal accident cover of Rs 2 lakh will also be provided to both cultivators and landless agriculture labourers covering about 74 lakh households.
About Odisha:
♦ Chief Minister: Naveen Patnaik
♦ Governor: Ganeshi Lal

“Beti Bachao Beti Padhao” field level awareness campaign for Maharashtra, Goa and Dadra & Nagar Haveli launched
From First Week of January 2019, the three state level campaign on “Beti Bachao Beti Padhao” will be organized in Maharashtra, Goa and Dadra & Nagar Haveli to spread awareness among people to save and educate girls.
Key Points
i.  The Campaign will be organized by the Pune office of Regional Outreach Bureau, Ministry of Information & Broadcasting, Government of India in coordination with Women and child development departments of respective state and Union Territory (UT).
ii. The campaign was launched by Ms. Gauri Gadgil who is a ‘divyang’ child and an international swimmer by placing her fingers on traditional instrument ‘Dholak’.
iii. An orientation cum workshop on the flagship project was organized for Private Registered Cultural Troupes (PRTs) on 20th December in Pune.
About Maharashtra
♦ Governor: C. Vidyasagar Rao
♦ Chief Minister: Devendra Fadnavis
About Goa
♦ Capital: Panaji
♦ Chief Minister: Manohar Parrikar
♦ Governor: Mridula Sinha

Key Points
i. This move reflects India’s positive returns this year as companies dependency on domestic demand enabled them to avoid meltdown in other emerging markets spurred due to U.S. – China trade war.
ii. South Asian Giant, India is projected to grow at 7.5 percent in 2018 and 7.3 percent in 2019 whereas Germany managed to achieve a growth rate of only 1.6 percent in 2018.
iii. After the exit of United Kingdom from European Union, now European Union has only one country in top seven economies of the world – France.
About Germany
♦ Capital: Berlin
♦ Currency:  Euro
♦ President: Frank-Walter Steinmeier

China launched first satellite to provide space-based broadband as part of Hongyun project
On December 22, 2018, China launched its first communication satellite, from a Long March 11 carrier rocket, to provide broadband internet services worldwide to rival Google and other firms.
i. It is the first in the Hongyun project planned by China Aerospace Science and Industry Corp (CASIC).
About the satellite:
i. It weighs 247 kilogrammes and works in a sun-synchronous orbit about 1,100 kilometres above earth.
ii. Powered by solar arrays, the satellite would verify basic designs of Hongyun satellite and demonstrating low-orbit broadband communications technologies with a life span of more than 1 year.
Background:
The Hongyun project, started in September 2016, aims to build a space-based communications network to provide broadband internet connectivity to users around the world, especially those in the underserved regions.
China:
♦ Capital: Beijing.
♦ Currency: Renminbi

InSight lander places its first instrument (SEIS) on Mars
On 19th December 2018, the US space agency National Aeronautics and Space Administration (NASA) announced that its InSight lander has deployed its first instrument Seismometer (SEIS) onto the surface of Mars, completing a major mission milestone that will allow scientists to peer into the Martian interior by studying ground motion also known as marsquakes.
i. The Insight will deploy two more instruments namely Rotation and Interior Structure Experiment (RISE) and Heat Probe (HP3) to study Mars’ deep interiors.
ii. The seismometer is the highest-priority instrument on Insight because by analysing how seismic waves pass through the layers of the planet, scientists can deduce the depth and composition of these layers. 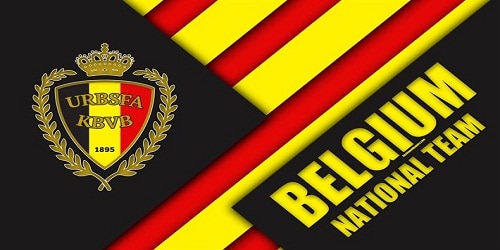 ICC orders PCB to pay 60% of compensation claim to BCCI
On 19th December 2018, International Cricket Council (ICC) Dispute Resolution Panel ordered Pakistan Cricket Board (PCB) to pay 60% of the cost demanded by the Board of Control for Cricket in India (BCCI) after the world body’s rejection of PCB’s claim of compensation which blamed India for the lack of bilateral series between the two nations. 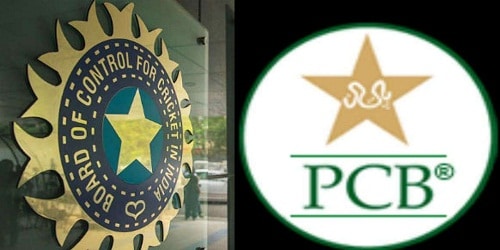 i. The book focuses on challenges faced by farmers, labourers, student and teachers in villages across the country. i. Ramanujan was born in 1887 and compiled nearly 3900 results mostly identities and equations.
ii. The Number 1729 is known as Hardy-Ramanujan Number.