We are here for you to provide the important Recent and Latest Current Affairs 7 January 2021, which have unique updates of Latest Current Affairs 2021 events from all newspapers such as The Hindu, The Economic Times, PIB, Times of India, PTI, Indian Express, Business Standard and all Government official websites. 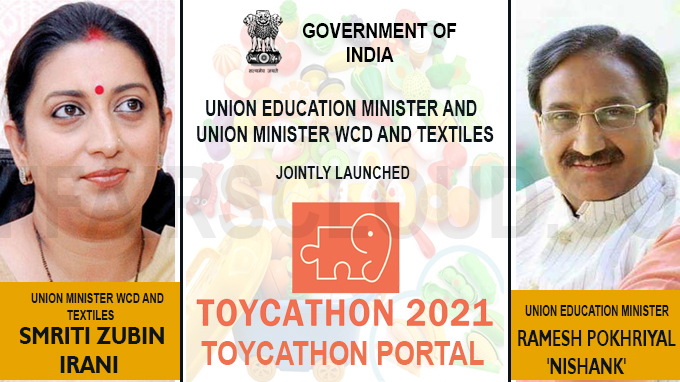 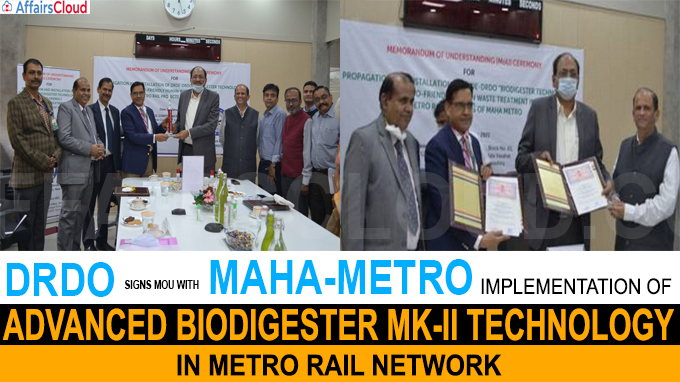 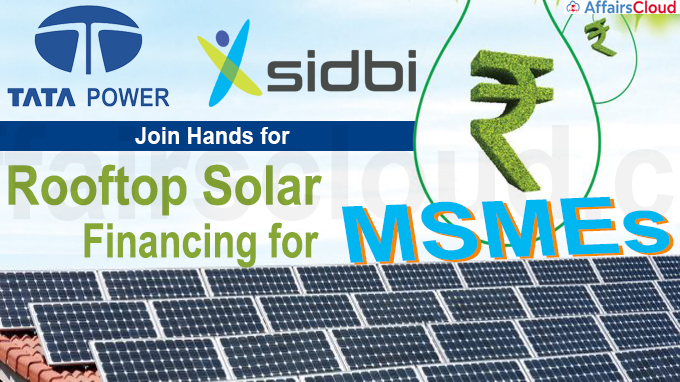 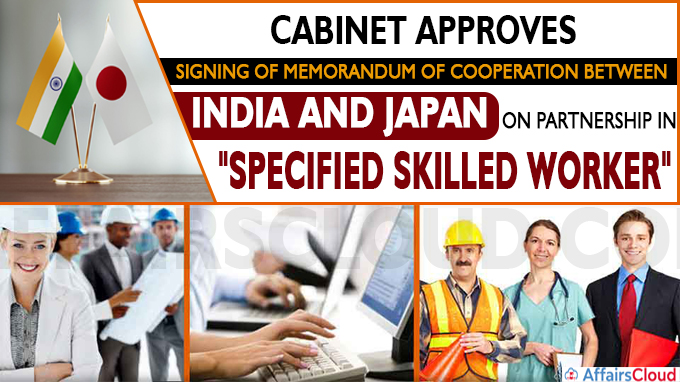 i.On January 6, 2021, The Union Cabinet, chaired by Prime Minister Narendra Modi, has approved the signing of a Memorandum of Cooperation (MoC) between the Indian and Japan that pertains to  sending Indian “Specified Skilled Worker” to Japan.
ii.As per MoC the Indian workers, who qualify the required skill and Japanese language test can work in 14 specified sectors in Japan.
iii.These Indian workers will also be granted a new status of residence of ‘Specified Skilled Worker’ by the Japanese Government.
About Japan:
Capital– Tokyo
Currency– Japanese yen
<<Read Full News>> Madhya Pradesh (MP) & Andhra Pradesh (AP) became the 1st Group of States to complete three out of the Four citizen schemes stipulated by Department of Expenditure, Ministry of Finance. These two states have completed the implementation of schemes – One Nation One Ration Card Reforms, Ease of Doing Business Reforms, & Urban Local Bodies Reforms.
i.As they have completed the reforms, the Department of Expenditure, Ministry of Finance will provide them an additional Financial Assistance of INR 1004 Crore under the newly launched “Special Assistance to States for Capital Expenditure” scheme.
ii.The 4 reforms are One Nation One Ration Card, Ease of doing Business Reform, Urban Local Body/Utility Reform & Power Sector Reform.
Special Assistance to States for Capital Expenditure:
i.AP will get additional financial assistance of INR 344 Crore & MP will get INR 660 crore to implement capital projects.
ii.The amount can be used for implementation of projects in areas of Health, Rural Development, Water Supply, Irrigation, Power, Transport, Education, Urban Development.
iii.The scheme was announced by the Finance Minister in October, 2020 as part of Aatma Nirbhar Bharat Package.
iv.The main objective of the scheme is to boost Capital Expenditure by the State Governments who are facing a shortfall in Tax Revenue due to COVID-19 during the Financial Year 2020-21.
About Ministry of Finance:
Union Minister – Nirmala Sitharaman
Minister of State – Anurag Singh Thakur
<<Read Full News>>

Harsh Vardhan inaugurates CEPI Centralized Network Lab at DBT-THSTI Faridabad; 1st of its kind in India & One of the Seven in the World 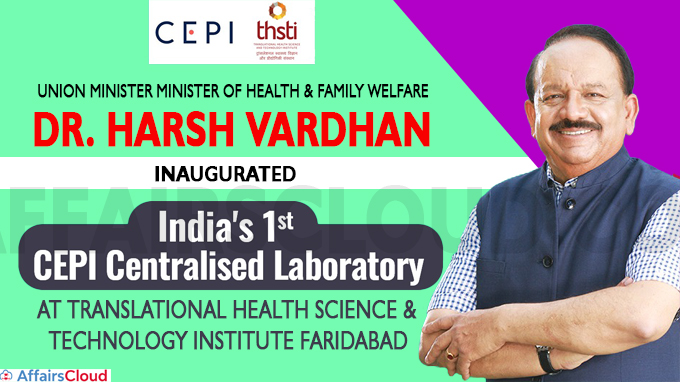 On January 5, 2021, Union Minister for Science & Technology, Harsh Vardhan virtually inaugurated the Coalition for Epidemic Preparedness Innovations (CEPI) Laboratory at the Translational Health Science & Technology Institute (THSTI), Faridabad. This is the 1st of its Kind in India & one of the Seven labs of the Global network.
i.The lab is part of the Global network developed by CEPI Foundation, the immediate mission of the CEPI Lab at THSTI will be to assess the quality of vaccines being developed  against COVID-19.
ii.The Department of Biotechnology, Ministry of Science & Technology, Government of India is implementing the Ind-CEPI Mission.
iii.CEPI Foundation was launched at Davos in 2017 as a partnership between public, private, philanthropic & civil organizations. The Founders are the Wellcome Trust, Bill & Melinda Gates Foundations, India, Germany, Japan, Norway & World Economic Forum (WEF).
Harsh Vardhan releases e-Book on S & T solutions for COVID-19:
Harsh Vardhan released an eBook on  S & T solutions for COVID-19 which showcases the efforts taken by the Department of Biotechnology (DBT) for mitigation of this pandemic.
About Coalition for Epidemic Preparedness Innovations (CEPI)  Foundation:
Chief Executive Officer – Richard J. Hatchett
Headquarters – Oslo, Norway
<<Read Full News>> 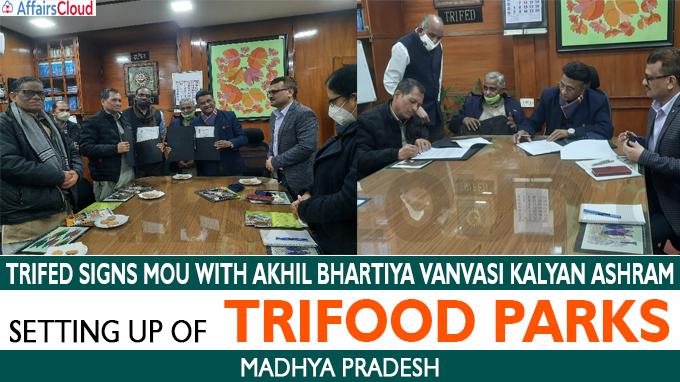 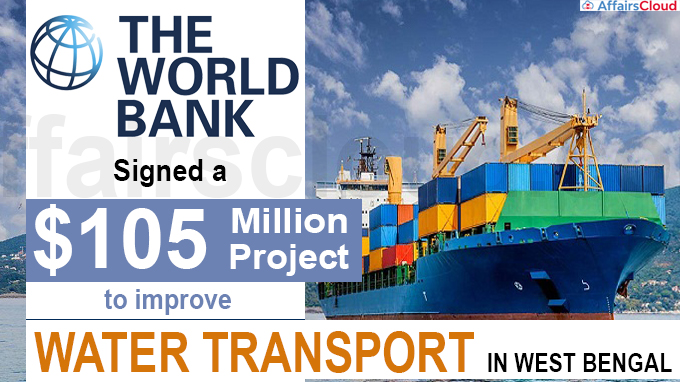 RBI to Introduce LEI for Large-Value Transactions in RTGS/NEFT from April, 2021 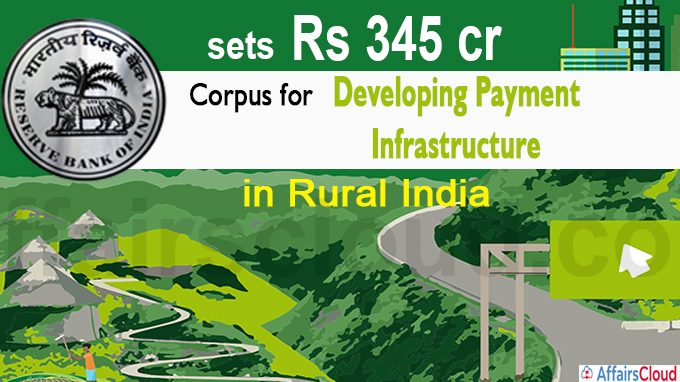 BEML Ltd (previously known as Bharat Earth Movers Limited) has received orders worth ~ INR 758 crores from the Ministry of Defence (MoD) for supplying high-mobility vehicles to the Indian army.
i.The equipment will be manufactured at BEML’s Palakkad Plant in Kerala and will be supplied to Indian Army in a period of 1 year.
ii.The vehicles will play a vital role in the logistics management of the army.
iii.They will be crucial in mobilizing armoured fighting vehicles, troops, ammunition & stores to far and difficult terrains in operational areas.
About BEML Ltd:
Chairman – D K Hota
Headquarters – Bengaluru, Karnataka 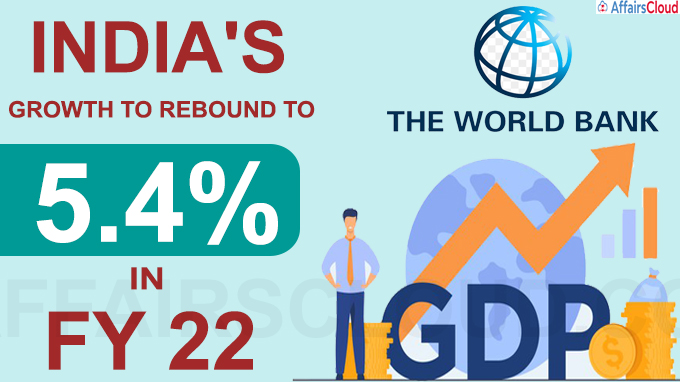 According to the Global Economic Prospects (GEP-January 2021) report released by the World Bank (WB), India is expected to grow at 5.4% in the Financial Year (FY) 2021-22 & 5.2% in FY 2022-23 after an expected contraction of 9.6% in FY 2020/21. The report also highlighted that the
Global Economy is expected to expand by 4% in 2021.
i.The major causes of India’s contraction are sharp declines in household spending & private investment.
ii.The report also states that Vaccine Deployment & Investments as the need to sustain the Global recovery.
iii.The Global economy is set to have contracted by 4.3 % in 2020
iv.GEP is WB’s semi-annual report which reflects the state of the World Economy.
v.The pandemic has caused a massive increase in Global debt levels in the EMDE economies.
Click here to read the full report
<<Read Full News>> On January 5, 2021 Abhishek Yadav, Former Indian footballer appointed as the 1st Deputy General Secretary of All India Football Federation (AIFF). It is the first time that a former national player has been appointed at a high-ranked position at AIFF.
i.He was the member of AIFF and has been  serving as national team’s director since January 2018.
ii.It is to be recalled that AIFF decided to create a new deputy general secretary post in its hierarchy
About Abhishek Yadav:
Football Career
i.He also played a key role in chalking out a plan for the revival of Indian Arrows, which included picking the best of talent from the India U-16 and U-17 teams.
ii.He scored the decisive goal in LG Cup 2002 as a substitute in the final against Vietnam, at Thong Nhat stadium, in Ho Chi Minh City, Vietnam paving way to India to win the title, which is India’s first trophy in abroad in 28 years
Key Role Played and Position Held
i.He was involved with the AIFF in various capacities including his work with the sport body’s developmental side Indian Arrows( Indian football club) and the U-17 national team for the 2017 FIFA World Cup in India.
ii.He developed the international scouting project of AIFF in cooperation with the Sports Authority of India (SAI) to help create opportunities for Indian passport holders, who were based abroad.
iii.He was the Chief Operating Officer (COO) of India’s U-17 World Cup team.
About All India Football Federation (AIFF):
President– Praful Patel
Headquarters– New Delhi, Delhi Faustin-Archange Touadéra has been Re-Elected as the president of the Central African Republic after securing  53.9% votes, an absolute majority of votes in the first round. This is his 2nd term as president of the country. He belongs to the United Hearts Movement, which is led by him.
Note– The presidential election took place on December 27, 2020.
About Faustin-Archange Touadéra:
i.He was elected as the  president for 1st term in 2016. It was the first elections after a coup and civil war that erupted three years earlier.
ii.He also served as the Prime Minister of the country from January 2008 to January 2013.
Additional Info
Anicet-Georges Dologuele came in the second place in the elections with 21.1% of the vote, and Martin Ziguele came in third with 7.4% cote
About Central African Republic:
Capital– Bangui
Currency– Central African CFA franc 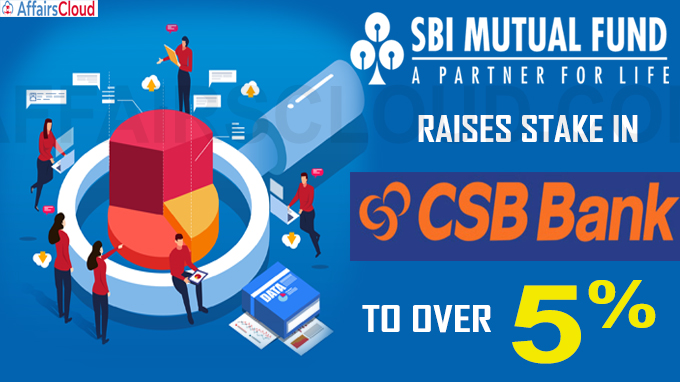 On January 1, 2021 SBI Mutual Fund has acquired an additional 86,993 shares in CSB Bank Ltd (formerly The Catholic Syrian Bank Ltd), which consequently raised its stake in the bank  to 5.01% from 4.96% earlier.

Background
i.The Reserve Bank of India(RBI) has given approval to SBI funds management to acquire stake up to 10 % of the paid up capital of the CSB Bank through various schemes of ‘SBI Mutual Fund.’
ii.This approval is valid for one year till July 21, 2021.
About CSB Bank Ltd (formerly The Catholic Syrian Bank Ltd):
It is currently the oldest private sector bank in Kerala. In 1969 it became a Scheduled Bank, as it was included in the Second Schedule of Reserve Bank of India Act, 1934.
Established– 1920
MD & CEO–  C. VR. Rajendran
Head Office– Thrissur, Kerala
Tagline– Support All the Way i.The ‘Statement on Climate of India during 2020’ issued by Climate Research and Services (CRS) of India Meteorological Department (IMD), Ministry of Earth Sciences, Government of India mentioned that 2020 was the 8th warmest year in India since nation-wide records commenced in 1901.
ii.But, this is substantially low than the highest warming observed over India during 2016 (+0.71⁰C)
iii.Past decade (2001-2010/ 2011-2020) was also the warmest decade on record with exception of 0.23⁰C /0.34⁰C.
About India Meteorological Department (IMD):
Director General of Metrology(DGM)- Dr. Mrutyunjay Mohapatra
Headquarters- New Delhi, Delhi
<<Read Full News>> 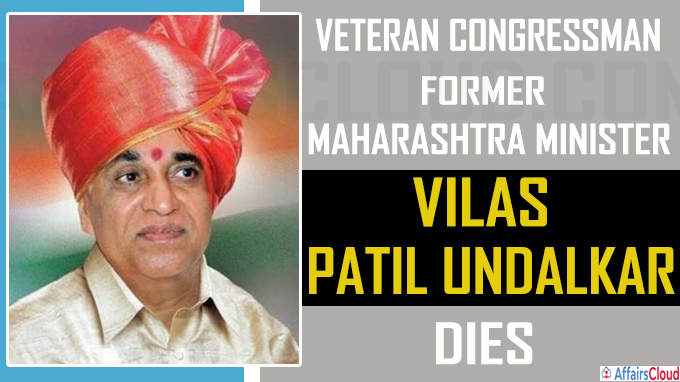 On January 4, 2021 Vilas Patil Undalkar, former Maharashtra cabinet minister and 7 time MLA passed away at the age of 82 in Satara, Maharashtra. He belongs to Indian National Congress party. He was born on 15th July 1938.
He was elected has as the MLA for 7 times from the Karad South Assembly constituency for a record 35 consecutive years, i.e., from 1980 to 2014
About Vilas Patil Undalkar:
i.He is popularly known as ‘kaka'(Vilaskaka).
ii.He held the Cooperation and Law and Justice portfolios in Maharashtra during the previous Congress-led govt.

On January 5, 2021 Bob Brett, Australian Tennis coach passed away at the age of 67.  He was born in Melbourne, Australia  on 13 November 1953. He coached German’s Boris Becker  from November 1987 to February 1991, where Becker won 3 of the German’s six career major titles(grand slam titles) and rised to No. 1 in the ATP rankings. He also opened a private tennis academy in San Remo, Italy. He received many awards including the ATP’s Tim Gullickson Career Coach award in November 2020.He also coached Goran Ivanisevic, Marin Cilic, Johan Kriek. 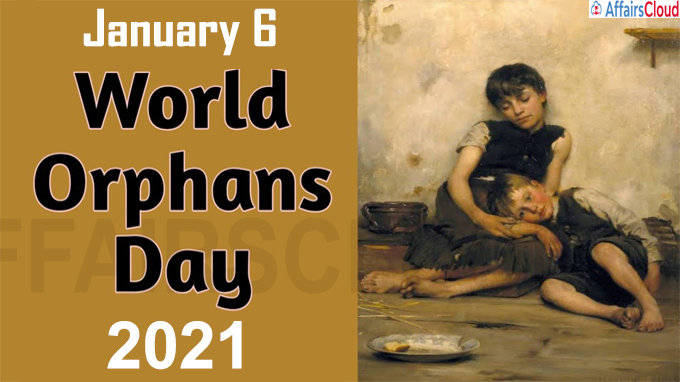 i.World Day of War Orphans is observed annually on January 6 around the world.
ii.Aim of the Day 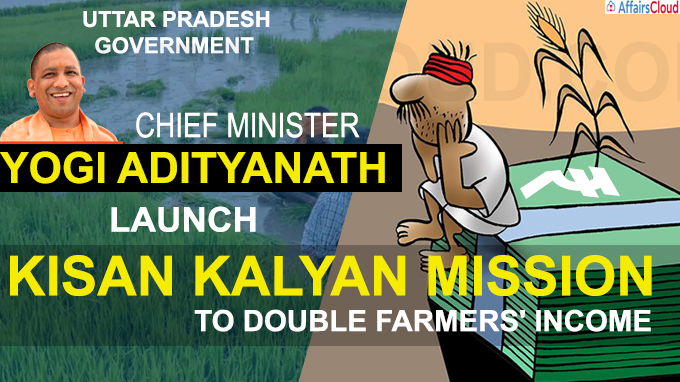 On January 6, 2021, Uttar Pradesh government (UP) Chief Minister (CM) Yogi Adityanath launched a 3 week long campaign namely “Kisan Kalyan Mission” for the state’s farmer welfare and to double their income. It will be organised in every development block of all 75 districts.
Important components of Mission:
–Exhibition of Agriculture and the associate sectors.
–To coach farmers with the latest farming guidelines and to raise awareness about scientific farming Farmer meetings will be organized in which scientists, progressive farmers, and the workers associated with the Agriculture Department will explain scientific farming.
–To help farmers in getting benefit from the various schemes of the Central Government such as Pradhan Mantri Kisan Sammann Nidhi (PMKSN), Kisan Credit Cards, and Pradhan Mantri Fasal Bima Yojana (PMFBY).
Felicitation of 100 progressive farmers
As a part of the mission, the UP government will also felicitate 100 ‘progressive farmers’ by recognizing them as role models. Their databases will also be prepared by the government.
About Uttar Pradesh:
Governor – Anandiben Patel
Capital– Lucknow