We are here for you to provide the important Recent and Latest Current Affairs 4 May 2021, which have unique updates of Latest Current Affairs 2021 events from all newspapers such as The Hindu, The Economic Times, PIB, Times of India, PTI, Indian Express, Business Standard and all Government official websites.

3D Printing, commonly known as additive manufacturing, is the computer-controlled sequential layering of materials to create three-dimensional shapes. From automobile to jewellery to healthcare, the technology is used in a wide range of industries. The Global market of 3D printing is expected to reach 34.8 billion USD by 2024.

In 2020, the Ministry of Electronics and Information Technology released the National Strategy for Additive Manufacturing. The North Atlantic Treaty Organisation (NATO) launched the Joint Multinational Military Exercise  ‘DEFENDER-Europe 21’ in the port of Durres in Albania, the exercise began on April 26, 2021 and will go on till June 10, 2021.

A total fine of Rs 1.75 crore was imposed by Markets regulator SEBI(Securities Exchange Board of India) on several entities for indulging in fraudulent trading in the scrip of Vakrangee Ltd. The entities have violated Prohibition of Fraudulent and Unfair Trade Practices norms.

Bengaluru-based Neobank Fi, has partnered with Federal Bank to issue an instant savings account, equipped with a debit card, in under 3 minutes for salaried millennials. Click here to Know more

Shyamala Ganesh Received the 3rd Highest Order of Japan, Order of The Rising Sun from The Consulate-General of Japan Shyamala Ganesh,79, the former director of the Japanese Language School, received the 3rd highest order decoration of Japan, Order of the Rising Sun, under the class Gold and Silver Rays from the Consulate-General of Japan in Bengaluru, Karnataka.

Key points:
i.She is also the former President of the Bengaluru Chapter of Ohara-Ryu Ikebana and supported to popularise the cultural traditions of Ikebana, Japanese flower arrangements. Along with her husband Ganesh she has started a Japanese language school in 1983.
ii.Since the establishment of the Consulate-General of Japan in Bangalore, this is the first time a Bengalurean has been conferred with the Japanese government’s honour.
Other Winners:
i.Former Principal Secretary to Prime Minister of India, Nripendra Misra won the “Order of the Rising Sun, Gold and Silver Star” for his Contribution in strengthening the economic relationship between Japan and India.
ii.Former President of the Ikebana International Gurgaon Chapter, Indira Misra won the “Order of the Rising Sun, Gold and Silver Rays” for the Contribution to promote Ikebana in India and friendly relations between Japan and India.
iii.Former Local Employee, Consulate General of Japan in Mumbai, Luis Anton Fernandes won the “Order of the Sacred Treasure, Silver Rays” for Contribution to the activities of the Japanese overseas establishment.
About the Order of the Rising Sun and its class:
It is the third-highest order national decoration awarded by the Japanese government and it was established in 1875 as Japan’s first order and it was awarded in 6 classes in which the 5th Class of Gold and Silver Rays is ordinarily conferred upon individuals who have made significant contributions to Japan in varying degrees.
About Consulate-General of Japan in Bangalore, Karnataka:
Consul-General – Ms. Sugita Akiko
About Japan:
Capital –  Tokyo
Currency – Japanese yen
Prime Minister – Yoshihide Suga The Appointment Committee of the Cabinet(ACC) chaired by Prime Minister Narendra Modi has appointed T Rabi Sankar, the Executive Director of Reserve Bank of India(RBI) as the 4th Deputy Governor of RBI. ACC has cleared his appointment for a period of 3 years or till his date of superannuation.

About Reserve Bank of India(RBI):
RBI was originally established as a private organisation and was nationalised in 1949.
Established on April 1, 1935
Governor– Shaktikanta Das
Headquarters– Mumbai, Maharashtra
>>Read Full News 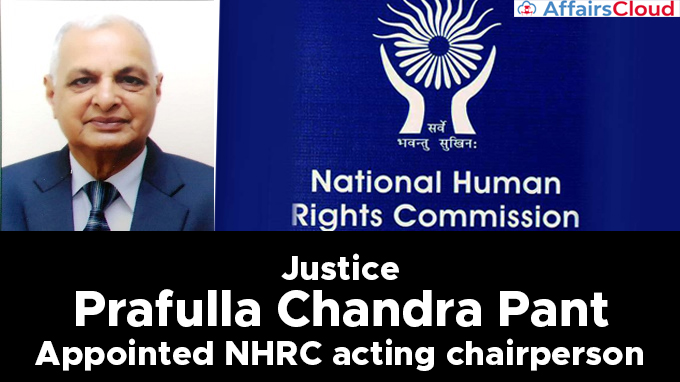 i.NHRC Chairperson should be Chief Justice of India or a Judge of the Supreme Court.

ii.Section 2 Sections 3 and 4 of The Protection Of Human Rights (Amendment) Act (TPHRA) lay down the rules for appointment to the NHRC. The Chairperson and members of the NHRC are appointed by the President of India, on the recommendation of a committee consisting of: 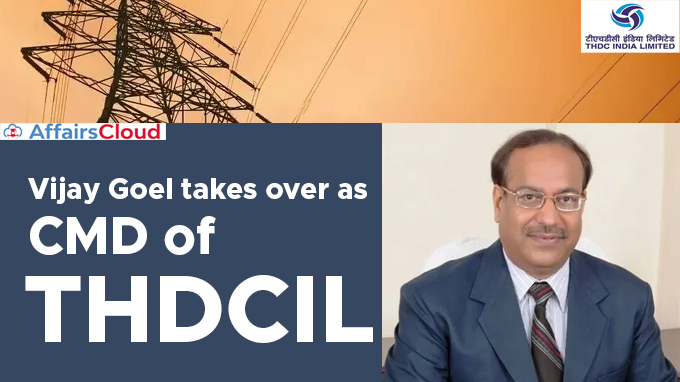 About Vijay Goel:
i.Vijay Goel joined THDCIL as a senior personnel officer(SPO) from NHPC ltd.
ii.He has worked in the field of human resource management.
iii.He has also served as the General Manager and he was incharge of corporate communications law and arbitration functions.
About THDC India Limited:
CMD (additional Charge)- Vijay Goel
Headquarters– Rishikesh, Uttarakhand

On May 03, 2021, Motilal Oswal Private Equity (MOPE) has acquired a minority stake in Fincare Small Finance Bank (Fincare SFB) for $25 million (about ₹185 crores) through a secondary acquisition.

About Fincare SFB:
It is a Non-Banking Finance Company – Micro Finance Institution (NBFC-MFI), which was turned into a small finance bank in 2017. Before converting into a small finance bank, it was predominantly conducting business from two entities such as West India based Disha Microfin and South India-based Future Financial Services.
About Small Finance Bank:
i.They are established as public limited companies in the private sector under the Companies Act, 2013 and governed by the provisions of RBI Act, 1934 and Banking Regulation Act, 1949.
ii.Eligibility: Resident individuals/professionals with 10 years of experience in banking and finance will be eligible as promoters to set up small finance banks.
iii.Capital Requirement: The minimum paid-up equity capital should be ₹200 crores (US$28 million).
About Motilal Oswal Private Equity (MOPE):
Establishment – 2006
Headquarters – Mumbai, Maharashtra
MD and CEO – Vishal Tulsyan
About Fincare Small Finance Bank (Fincare SFB):
Establishment – 2017
Headquarters– Bengaluru, Karnataka
MD & CEO– Rajeev Yadav 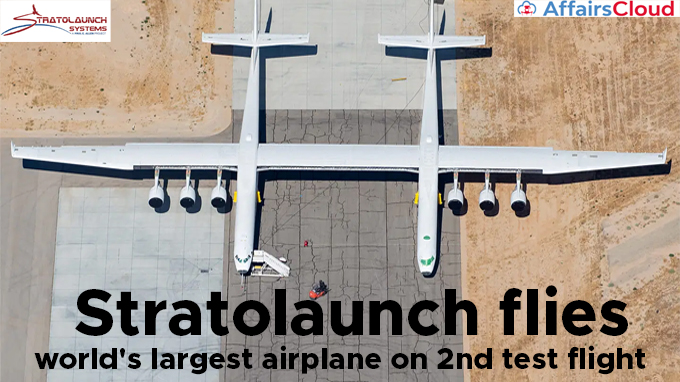 The World’s Largest Aeroplane codenamed ‘Roc’  successfully completed its 2nd Test Flight. The Aeroplane being built by Stratolaunch, an US based Aerospace Company was tested at Mojave Air and Space Port in California, US.

Background
i.Stratolaunch was established in 2011 by Microsoft co-founder Paul Allen.

SpaceX Returns 4 Astronauts to Earth from ISS; in a Rare Night Splashdown off Florida coast 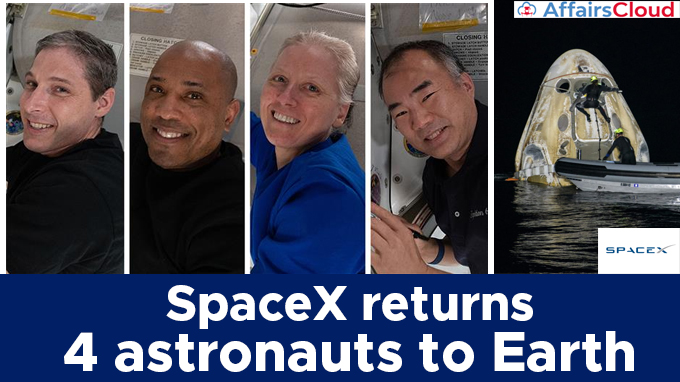 On May 02,2021, a SpaceX Crew Dragon capsule, Resilience carrying 4 astronauts returned from the International Space Station(ISS) and splashdown into the Gulf of Mexico off the coast of Panama City, Florida, USA after a six-and-a-half-hour flight. 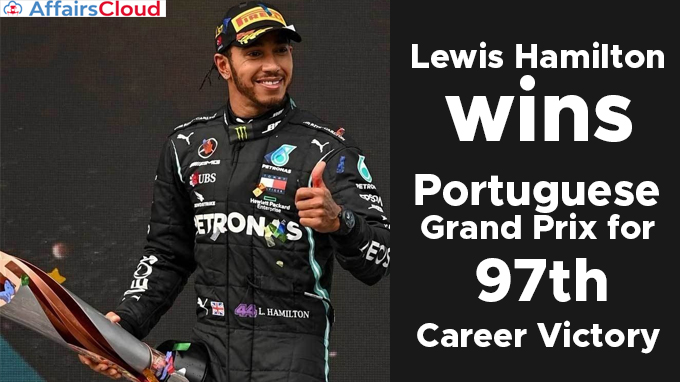 Sri Lanka all-rounder and former limited overs captain for Sri Lanka – Thisara Perera announced his retirement from International Cricket at the age of 32.
i.Thisara Perera has represented Sri Lanka in 6 Tests, 166 One Day Internationals (ODIs) & 84 Twenty20 Internationals (T20I).
ii.He was part of the Sri Lankan Team which won the 2014 T20 World Cup which was held in Bangladesh.
iii.He is one of the 3 players (other than Brett Lee & Lasith Malinga) to have taken hat-tricks in both ODI & T20I formats.
>>Read Full News

Pranati Nayak, 26-year-old Indian Gymnast from West Bengal, is set to compete at the 2020 Tokyo Olympics. She has won the bronze in vault at the Asian Artistic Gymnastics Championship 2019. She has qualified through the Asian quota.

In April 2021, the International Cricket Council (ICC) banned SriLanka’s former cricket player and coach Nuwan Zoysa for 6 years from all forms of cricket after found breaching the ICCs anti-corruption code. On October 31, 2018, he was provisionally suspended by ICC. 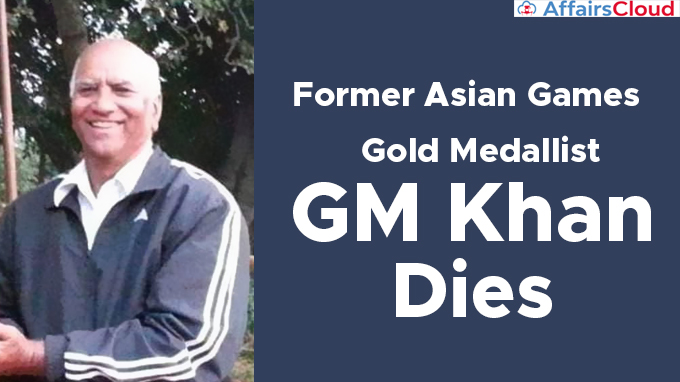 The 1982 Asian Games gold medallist rider, Colonel Gulam Mohammad Khan died on May 01, 2021, in Pune, Maharashtra. Along with his team, he won the gold medal in Eventing at the 1982(9th) Asian Games in New Delhi.

About Colonel Gulam Mohammad Khan:
In 1973, he joined the Indian Military Academy and he has been the captain of the Army Service Corps (ASC) team from 1980-1990 and during his captainship, his team won the National title 6 times and he also became 4 times individual National Champion in Eventing.
Medal Records of Gulam under Equestrian (Horse Riding):

He gained the highest place of any Indian rider (he was 4th in the Eventing and 9th in the Dressage (1986 Asiad)).
About 1982 Asian Games:
The 9th Asian Games (also known as Asiad) were held from 19 November to 4 December 1982, in New Delhi, India and that was also the first Asian game to be held under the aegis of the Olympic Council of Asia.
About Eventing:
It is also known as three-day eventing or horse trial and it is an equestrian event where a single horse and rider combine and compete against other competitors across the three disciplines of dressage, cross-country, and show jumping.

Veteran Gujarati and Hindi Film Actor Amit Mistry passed Away at the age of 47 after suffering a cardiac arrest .
i.Actor Amit Mistry worked in TV shows like Tenali Rama, Madam Sir and played roles in many films like Yamla Pagla Deewana, Shor In The City.
ii.He was also actively involved in the theatre circuit especially in Gujarati shows. He had also acted in Gujarati films.
iii.Besides acting, he was also a dialogue writer and director. He was most recently seen playing the role of the protagonist’s uncle in the web series Bandish Bandits. 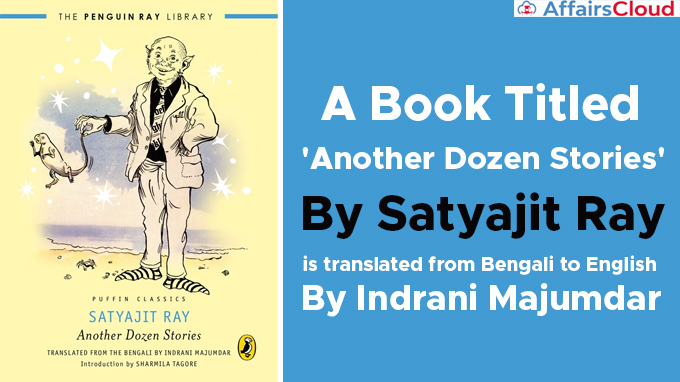 Satyajit Ray’s book titled “Another Dozen Stories” is translated from Bengali to English by Indrani Majumdar. The book was released on 2nd May 2021, the 100th Birth anniversary of Satyajit Ray, one of India’s greatest filmmakers. 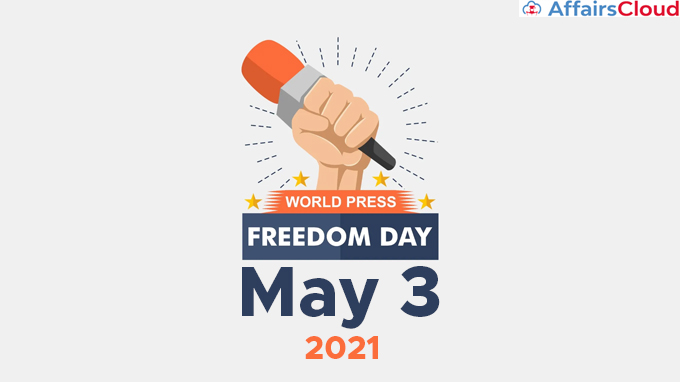 i.The United Nations(UN)’s World Press Freedom Day is annually observed across the globe on 3rd May. The day is dedicated to the freedom of press and highlights the need for the government and people to respect their commitment to press freedom.
ii.The day focuses on the challenges and issues faced by the journalists and other media professionals.
The theme of World Press Freedom Day 2021 is “Information as a Public Good”.
iii.Maria Ressa, Investigative journalist and media executive from the Philippines has been named the winner of the UNESCO/Guillermo Cano World Press Freedom Prize 2021.
>>Read Full News 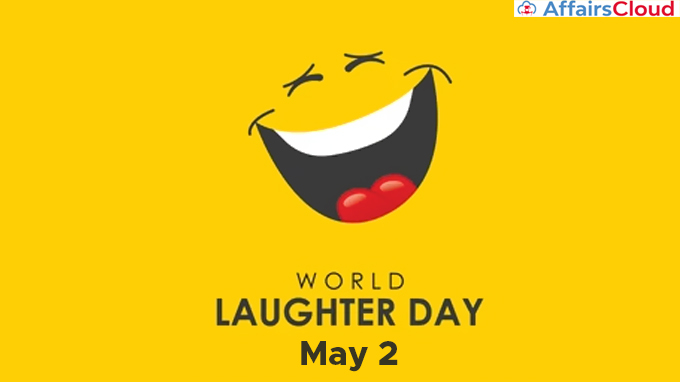 World Laughter Day is celebrated every year on the first Sunday of May  and this year it falls on 2nd May.The day is celebrated to raise awareness about laughter and its many healing benefits. More than 70 countries around the world are celebrating World Laughter Day on this occasion
About World Laughter Day
i.The first world laughter day was celebrated on 10th May 1998 in Mumbai,India organised by Dr.Madan Kataria.
ii.Dr. Madan started the Laughter Yoga movement in 1995 with an aim that facial feedback hypothesis postulates that a person’s facial expressions can have an effect on their emotions. It builds a global consciousness of brotherhood and friendship through laughter.
iii.”HAPPY-DEMIC” was the first World Laughter Day gathering outside India. It took place at Town Hall Square in Copenhagen, Denmark, in 2000, more than 10,000 people were gathered.
>>Read Full News