i.On August 21, 2020, in exercise of the powers conferred by section 16 of the Transgender Persons (Protection of Rights) Act, 2019 (40 of 2019) the Central Government constituted the India’s first 30-member National Council for Transgender Persons to advice, monitor and evaluate measures for the protection of the rights of Transgender community .
ii.Council will work with states for ensuring setting up transgender welfare boards in all states and looking after the essential needs of the community, like housing, food, healthcare and education.
iii.The 30-member council is consisted of 1Chairperson, 1 Vice-Chairperson, 13 members, 14 nominated members and 1 member secretary which is explained as below:
—Chairperson: Union Minister of Social Justice and Empowerment (SJ&E)

Nukhai Juhar, an ancient festival which is also known as Nuakhai Parab or Nuakhai Bhetghat is celebrated on the fifth day of lunar fortnight of Bhadrabaa, to welcome the new crop of the season in Odisha, Chhattisgarh and other neighbouring states. Nuakhai is a combination of two words, Nua which means new and Khai which means eat.
The 2020 Nuakhai Juhar was celebrated on 23rd August.
Note:
The traditional social gathering, Nuakhai Bhetghat, organised by the locals are restricted with the guidelines of maintaining social distance and procession of more than 5 people are prohibited.
Celebration of Nukhai Juhar:
i.The farmers offer the first produce of the season to the presiding deity, Goddess Samaleswari of Sambalpur, Odisha.
ii.The people worship food grains and prepare special meals with khiri, pitha and kakra.
Cultural programmes like folk songs and dances will be organised to showcase the local culture and traditions of the state.
iii.Shyam Sundar Dhar Folklore researcher, mentioned that Nuakhai Juhar is extended for elders to bless the younger members of the family and for the people to wish the seniors of the locality.
About Odisha:
Tiger Reserve– Similipal Tiger Reserve, Satkosia Tiger Reserve,
Elephant Reserve– Sambalpur Elephant Reserve, Mahanadi Elephant Reserve, Mayurbhanj Elephant Reserve
About Chhattisgarh:
Capital– Raipur
Chief Minister– Bhupesh Baghel
Governor– Anusuiya Uikey
Tiger Reserve– udanti-sitanadi tiger reserve, indravati tiger reserve 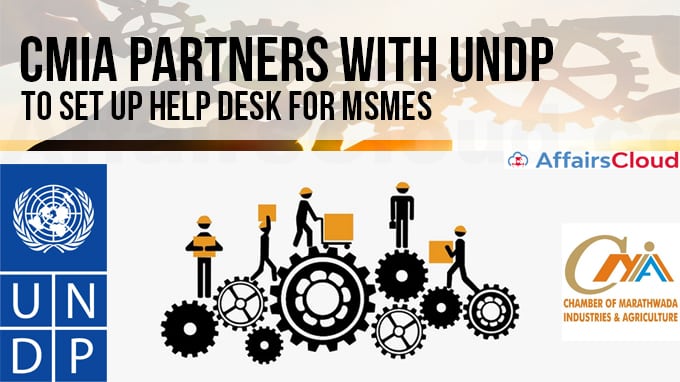 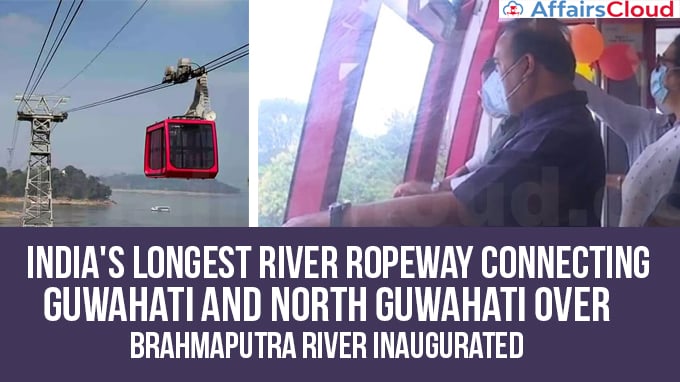 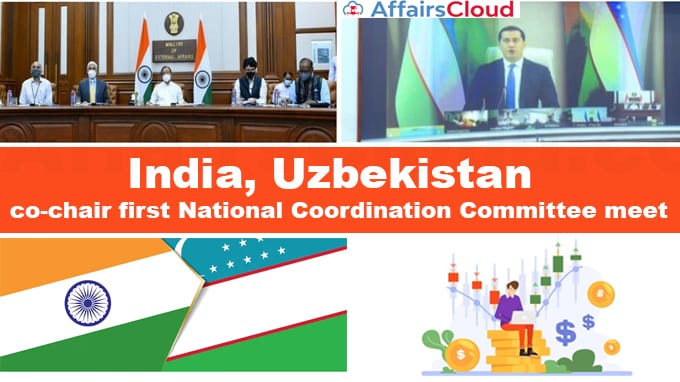 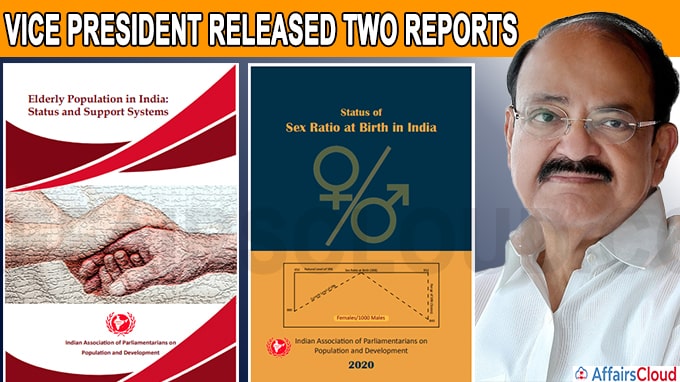 i.On August 15, 2020, the first ever Kerala State Dragonfly Festival 2020 aka “Thumbimahotsavam 2020” was launched by the World Wide Fund for Nature (WWF)-India State unit in collaboration with Society for Odonate Studies (SOS) and Thumbipuranam through a virtual ceremony from Kerala. Dr. Subramanian K.A.  Scientist at Zoological Survey of India (ZSI), Southern Regional Center, Chennai (Tamil Nadu) addressed the inaugural session.
ii.The official mascot of the festival is “Pantalu” which is the genus of dragonfly in the family Libellulidae commonly known as rainpool gliders.
iii.Thumbimahotsavam 2020 is part of a 3rd edition of national dragonfly festival 2020.
About World Wide Fund for Nature (WWF)-India:
President– Jamshyd Naoroji Godrej
Secretariat– New Delhi
<<Read Full News>>

Review & Discussion of Rajnath Singh
i.Rajnath Singh reviewed the innovations by Indian Navy to combat COVID 19 pandemic with Naval Commanders along with Chief of Naval Staff, Admiral Karambir Singh.
ii.The Indian Navy has effectively carried out Mission Based Deployment to protect maritime interests by deploying naval ships and aircraft at major and sensitive locations. This is inspired by Prime Minister Narendra Modi’s vision of SAGAR (Security And Growth for All in the Region).
iii.Since the commencement of the Mission Based Deployment(June 2017), these deployments have facilitated the following, namely:

Key Info
i.The Chief of the Naval Staff, with the Commanders-in-Chief, reviewed the major operational, materiel, logistics, HR, training and administrative activities undertaken during the year and deliberated upon the course to be guided in the future.
ii.The conference discussed ways to optimise joint planning structures, Tri-Service Synergy, and operational readiness, also functional reorganisation within the IN to improve efficiency.
About Indian Navy:
Integrated Headquarters of Ministry of Defence (Navy)– New Delhi, India
Chief of Naval Staff (CNS)– Admiral Karambir Singh 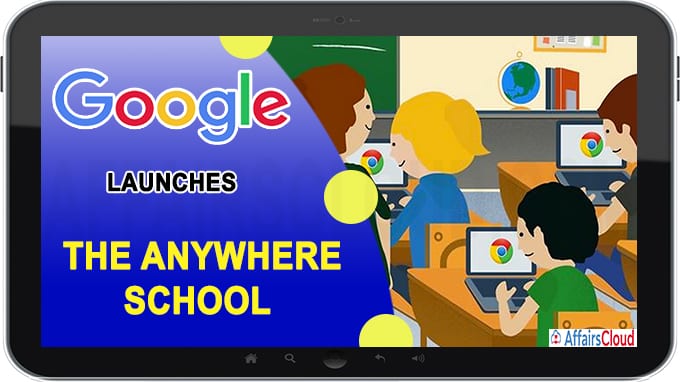 On August 12, 2020 Google launched ‘The Anywhere School’ initiative in more than 250 countries around the world. The initiative is expected to benefit millions of students who have switched to learning from home, due to the pandemic.
Key Points:
i.Under the initiative, Google will roll out over 50 new features across products like Google Meet, Classroom, G Suite and other products.
ii.Google will launch custom and blurred backgrounds in Google Meet to provide ‘extra privacy’ to the users.
iii.Google Classroom will be available in 10 additional languages including Bengali, Telugu, Tamil, Marathi and Urdu in India. Globally the platform will provide support for over 54 languages.
iv.Google is also bringing Assignments, an application for learning management system (LMS), which will help the teachers to analyze, distribute and grade the work of students.
v.Google Classroom will get “to-do widget on the Classes page” to help students see the assignment and its status. On August 22, 2020 Water technology major Va Tech Wabag bagged the 2020 Global Water Award for its 45 million litres a day Tertiary Treatment Reverse Osmosis (TTRO) plant at Koyambedu in Chennai.
The plant bagged the distinction award under the ‘Wastewater project of the year’ category.
i.The TTRO plant in Koyambedu, Chennai is one of the largest and technologically most advanced Water Reuse Plants in India.
ii.The plant is designed and built by WABAG and IDE Technologies for Chennai Metropolitan Water Supply & Sewerage Board (CMWSSB).
iii.The plant uses a multi-stage treatment scheme, including Rapid Gravity Sand Filters, Ultrafiltration, Reverse Osmosis, and Ozonation and is the first reuse facility in India to use Ozonation for disinfection.
iv.The plant makes Chennai the first Indian city to reuse more than 20% of its treated wastewater freeing up more than 16 million metrics of fresh water each year.
The Global Water Awards were established in 2006 by Global Water Intelligence to reward initiatives in the water, wastewater and desalination sectors that are moving the industry forward through operating performance, innovative technology adoption and sustainable financial models. 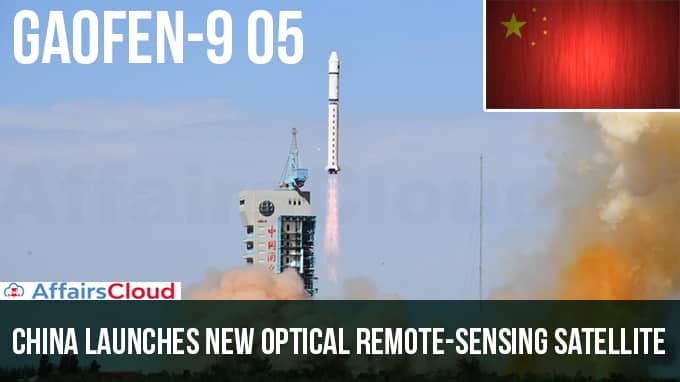 i.The Government of India has introduced a new feature, ‘Open API(Application Programming Interface) Service’ of Aarogya Setu.
ii.It will address the risk of COVID-19 infections and help the people, businesses and the economy to return to normalcy.
iii.It enables the organizations to check the status of Aarogya Setu and integrate it into its various Work from Home features. It was developed by Aarogya Setu team.
<<Read Full News>> On August 20, 2020 Indian Coast Guard Ship C-449 was commissioned in Chennai by Tamil Nadu Chief Secretary K. Shanmugam. The ship is the Forty Ninth Interceptor Boat of the series, which are indigenously built and designed by M/s Larsen and Toubro Ltd, Hazira (Surat).
It will be commanded by Assistant Commandant Ashish Sharma and will be based at Krishnapatnam under the administrative and operational control of the Commander, Coast Guard District Headquarters No.6, Visakhapatnam, Andhra Pradesh.
i.The ship has been inducted as part of the ongoing efforts by Indian Coast Guard to strengthen Maritime and Coastal Security along the East Coast of India.
ii.C-449 will enhance the efforts of Indian Coast Guards in providing coastal security, surveillance and aid to fishermen in distress along the eastern coast in general and Krishnapatnam of Andhra Pradesh coast in particular.
Features:
i.The ship is 27.80 long with a displacement of 105 tonnes and can reach maximum speeds of upto 45 knots (85 kmph).
ii.The ship is provided with advanced navigation and communication equipment for safe navigation.
iii.It is capable of quick reaction abilities and is provided with modern equipment and systems which will enable it to respond to any situation at short notice.
iv.It is capable of undertaking various tasks including Surveillance, Interdiction, Search and Rescue, and rendering assistance to boats and craft in distress at sea.

The Book “Delhi Riots 2020: the Untold Story” is Set to be Published

The book “Delhi Riots 2020: The Untold Story”authored by Monika Arora, advocate, Sonali Chitalkar(political Science) and Prerna Malhotra(English) teachers at Delhi University is set to be published by Garuda Prakashan . The book was released by Bhupendra Yadav, member of parliament and national general secretary over a virtual event in the presence of BJP leader, Kapil Mishra.
Note:
Bloomsbury India dropped the launch of this book on 22nd August 2020.
About the book:
i.The 190-page book presents the story of the three-day violence that affected North East Delhi in February 2020.
ii.The book blames the Muslim mobs and frames the urban naxals and jihadists in association with Islamic states for violence in the key areas.
iii.The book resembles a “fact finding report” on the violence published by the women groups of intellectuals and academicians.
About Garuda Prakashan:
Founder & CEO–  Sankrant Sanu
Head office– Gurugram, Haryana

International Day for the Remembrance of the Slave Trade and Its Abolition 2020: August 23 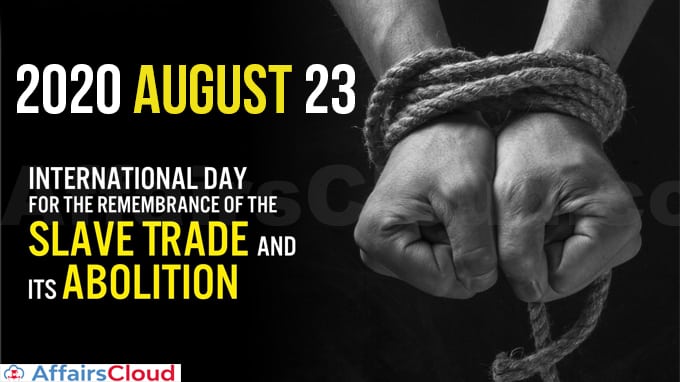 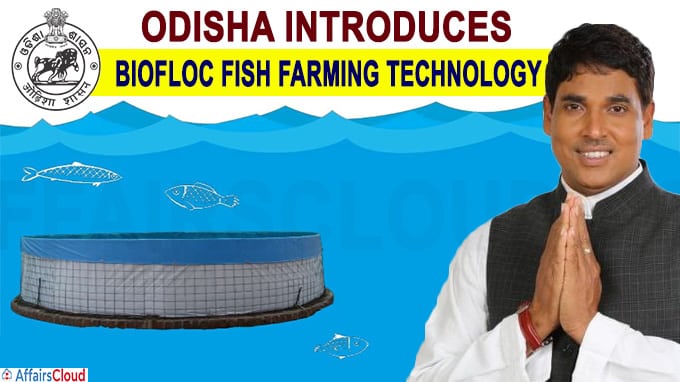 On 23rd August 2020, The Delhi Government launched Niraman Mazdoor Registration Abhiyan for construction workers to register and utilise around 18 assistance schemesunder which a mega registration campaign for construction workers will be conducted from 24th August 2020 to 11th September 2020.
Niraman Mazdoor Registration Abhiyan:
i.Special registration camps will be set up at around 70 schools, one in each assembly constituency of Delhi.
ii.This special camp will provide tech support to the construction workers.
iii.The workers can submit the application through online on https://edistrict.delhigovt.nic.in/.
iv.The physical verification will be done at the special camps.
Objective:
To support the maximum number of workers in Delhi.
Eligibility:
Workers aged between 18 and 60 years are eligible to register.
Documents required for registration are: certification of work, photo, local ID proof, bank account number, Aadhaar card.
Key Points:
i.During the 15-day campaign, from 24th August 2020 to 28th August 2020(Monday to Friday), the registration process will take place.
ii.So far, around 70,000 workers have registered under the scheme and the government is working on their verification procedures.
iii.These data will be analyzed and used to decide future action plans.
iv.Carpenters, worker grinders, construction site guards, concrete mixers, crane operators, electricians, Mason, coolies, and others can also apply for their respective jobs through this registration drive.
About Delhi:
UNESCO Heritage Sites– Qutb Minar and its Monuments, Humayun’s Tomb, Red Fort Complex
Airports– Indira Gandhi International Airport, Safdarjung Airport, Hindon Airport