The 89th Academy Awards commonly referred to as Oscar took place on February 26, 2017, at the Dolby Theatre in Hollywood, Los Angeles.The award presented by the Academy of Motion Picture Arts and Sciences (AMPAS), honored the best films of 2016 in 24 categories.

Mahershala Ali won the Academy Award for best supporting actor for his portrayal of a drug dealer in Moonlight. With this he became the first Muslim to be nominated and awarded a golden statuette for acting. 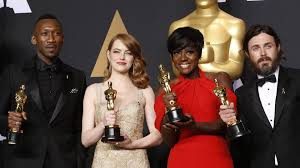 The Academy Awards, or “Oscars” is a group of twenty-four artistic and technical honors given annually by the Academy of Motion Picture Arts and Sciences (AMPAS) to recognize excellence in cinematic achievements in the United States film industry.