On November 18, 2019 the 11-member Company Law Committee submitted its report to Union Minister of Finance and Corporate Affairs (MoF&CA), Smt. Nirmala Sitharaman to remove criminality in the Companies Act 2013. The report was submitted by the committee’s chair, Shri Injeti Srinivas, Secretary of Ministry of Corporate Affairs (MoCA). Changes have been recommended in the report to the 46 penal provisions in order to remove criminality or to restrict punishment to only fine, or to allow rectification of defaults through alternative methods. 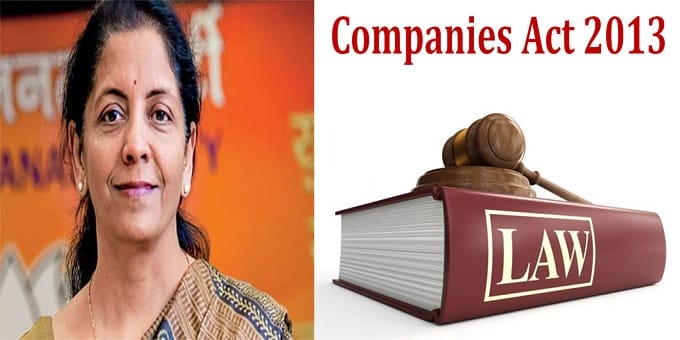 Principle adopted: The committee adopted principle based approach to further remove criminality in case of defaults, after it took note of the progress made consequent to the Companies (Amendment) Act, 2019. The progress resulted in de-criminalisation of 16 minor procedural/technical lapses (slip or failure) under the Companies Act, 2013 into ‘civil wrongs’.

i.The law committee was constituted by the Ministry of Corporate Affairs in September, 2019, to further decriminalise the provisions of the Companies Act, 2013 based on their gravity. It was also constituted to further provide ease of living for corporates in India.