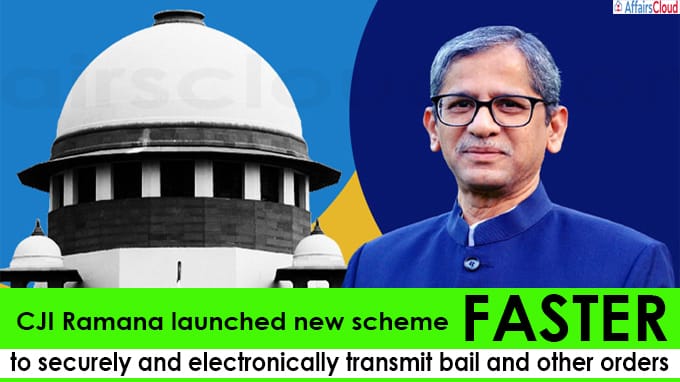 The Supreme Court Registry has been directed by the Bench to prepare a detailed report of a scheme.  It will be submitted by Secretary General of SC, Sanjeev S. Kalgaonkar within two weeks.

Reason behind initiation of FASTER:

i.The issue came up during the hearing of the matter where SC has taken suo motu cognizance of delay on the part of Uttar Pradesh (UP) authorities in releasing 13 prisoners who were granted bail by it on July 8, 2021.

Due to Covid-19, the SC came up with a mobile app to enable journalists to report virtual proceedings without having to visit court premises.In May 2021, CJI NV Ramana launched the app virtually.

About Supreme Court of India (SCI):

There are 26 judges in SCI including CJI.
Establishment– 1950
Headquarter– New Delhi