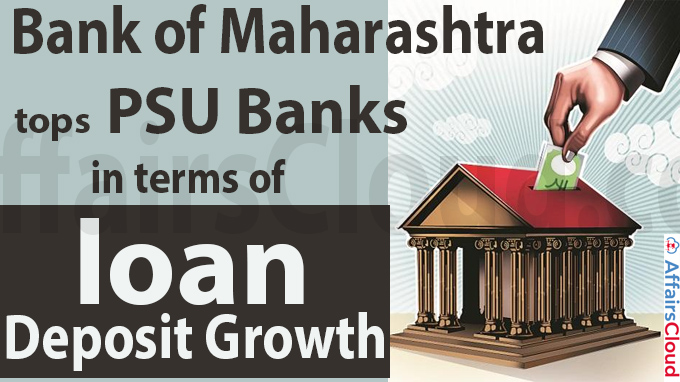 As per the data published by the Bank of Maharashtra (BoM), it emerged as the top performer among Public Sector Undertaking (PSU) banks in terms of loan and deposit growth in FY21.

Key points over Financial Results of BoM in FY21:

ii.CASA: In FY21, the Current Account Savings Account (CASA) of BoM increased by 24.47 percent, the highest among the PSU Banks. Thus CASA was 54 percent or Rs 93,945 crore of the total liability of the bank.

About Bank of Maharashtra (BoM):