This Memorandum of Understanding (MoU) was signed on October 30, 2017, in New Delhi. It shall be valid for a period of five years.

This Memorandum of Cooperation (MoC) will be signed between Federal Law Enforcement Training Centers (FLETC), USA and Bureau of Police Research & Development (BPR&D). 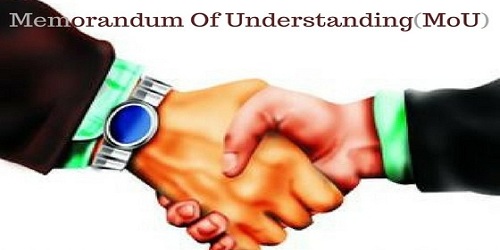 This Memoranda of Understanding (MoU) will be signed between the Department of Economic Affairs (Indian Economic Service Cadre) and The Treasury, Government of Australia.

Under this MoU, framework for innovative partnership between India and the United Kingdom Industry and training institutes will be created.

Union Cabinet has given its approval for signing and ratification of protocol amending the Agreement between India and China for the Avoidance of Double Taxation and the Prevention of Fiscal Evasion with respect to taxes on income.