According to a report based on a survey by Economist Intelligence Unit (EIU), published on November 7, 2017, India’s Silicon Valley – Bengaluru has been adjudged as the best city among 45 cities for the confidence of its businesses in their ability to go digital.

EIU conducted this survey to check which cities across the world provide the best environment for their businesses to go digital.

Bengaluru ranked at the top, ahead of San Francisco as business leaders in Bengaluru expressed the highest confidence in their digital environment in all four categories. 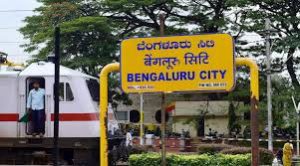