President Barack Obama awarded the United States highest civilian award ‘Presidential Medal of Freedom’ to 21 outstanding actors, musicians, athletes and innovators who inspired him over the years on November 22, 2016 in the White House East Room.

The Presidential Medal of Freedom 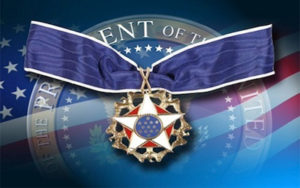