The public sector shipyard Garden Reach Shipbuilders and Engineers (GRSE) has launched the second anti-submarine warfare (ASW) called ‘Kadmatt’ for the Indian Navy. Kadmatt is being built at a cost of ₹17 billion.

The Kadmatt ASW was launched in Kolkata in the presence of Minister of State for Defence Dr.M.Pallam Raju and other high-ranking naval officers and GRSE officials. 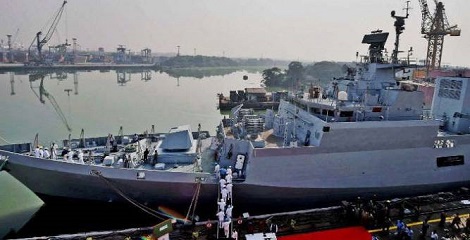 Role of ASW Kadmatt
The ship’s main role is to protect the nation’s maritime interests against possible submarine attacks and is having a potent platform for neutralising enemy submarines with an array of weapons like torpedoes, rocket launchers and helicopter.