Young Indian shooter Apurvi Chandela (23) began her year on a high by winning the Gold with a world record in the 10m Air Rifle at the Swedish Cup Grand Prix. For her outstanding performance in the tournament, she was awarded a Walther rifle, besides being crowned the best shooter (men and women combined). 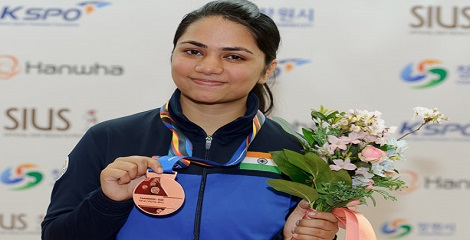 About Swedish Cup
Swedish Cup is an international shooting competition for air guns. It takes place in Savjo, Sweden in the beginning of January each year.