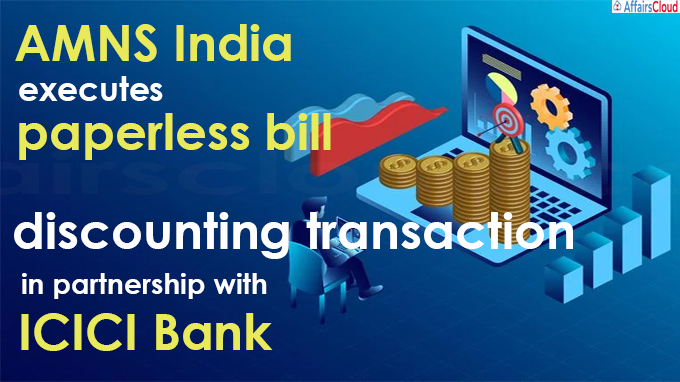 i.ICICI Bank’s branch in Baroda, Gujarat, issued an LC for the buyer Vijay Tanks, while its branch at Hazira, Gujarat advised and negotiated for the seller AMNS India.

ii.As per the terms of the LC, AMNS India was required to present the documents digitally to ICICI Bank evidencing the transaction flow.

iii.This transaction is done through blockchain technology, which is more robust in security, identity and transparency.

iv.Benefits: The digital transaction overcomes the problem that are held under paper-based trades, in which physical goods at times arrive before their supporting documents, leading to corporates incurring demurrage charges. It also enables greater velocity of trades at a lower cost.

In collaboration with the National Payments Corporation of India (NPCI), ICICI (Industrial Credit and Investment Corporation of India) Bank has launched a facility for linking a Unified Payments Interface (UPI) ID with its digital wallet, ‘Pockets’ and became the 1st one in the industry to link e-wallet with UPI Network.

It is a joint venture between ArcelorMittal and Nippon Steel.
Headquarters – Surat, Gujarat
CEO – Dilip Oommen