On September 27, 2019 Air marshal Harjit Singh Arora who currently heads the Gandhinagar (Gujarat) headquartered South Western air command was appointed as the new Indian Air Force(IAF) Vice Chief. He will succeed Air Marshal Rakesh Kumar Singh Bhadauria who will take over as the Chief of Air Staff on September 30, 2019. 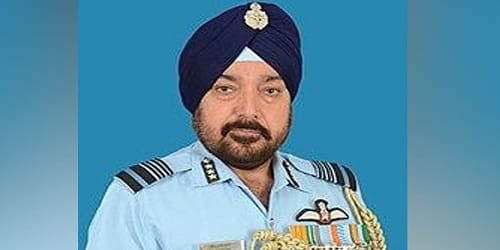 Air Marshal B Suresh appointed as the head of the Western Command of IAF
Air marshal Balakrishnan Suresh who is currently the air officer commanding-in-chief(AOC in-C) of Southern Air Command was appointed as the Western Air commander of the IAF and will succeed kargil war veteran Air Marshal RaghunathNambiar on October 31, 2019.

Key points
i. HS Arora: He served as the defence attache at the Embassy of India, Bangkok, Thailand from 2006-2009 and later served as the Commander of an Air Defence Direction Centre in the western sector. He was the AOC in C in 1997 and was awarded the ‘AtiVishishtSeva Medal’ on 26 Jan 2011 by the then Indian PresidentPratibhaPatil.
ii. B Suresh: He was commissioned to the IAF as a fighter pilot in 1980 and received the Sword of Honour award from the ‘Tactics and Air Combat Development Establishment(TACDE). He is the recipient of ‘Vayu Sena Medal’, ‘AtiVishishtSeva Medal’ and the ‘ParamVishishtSeva Medal’.