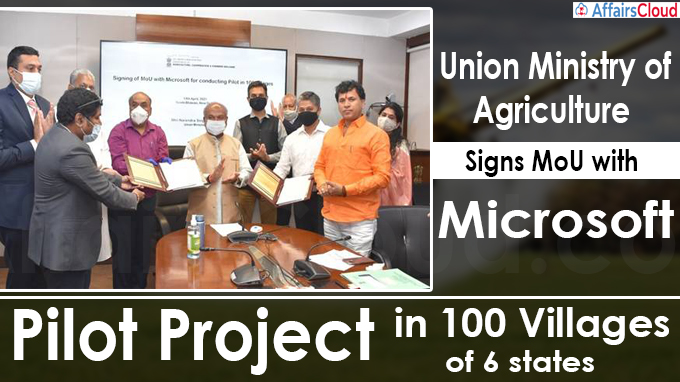 On April 14, 2021, the Ministry of Agriculture & Farmers Welfare (MoA&FW) signed a Memorandum of Understanding (MoU) with Microsoft India to undertake a Pilot Project in 100 villages (of 10 districts) in 6 states. The pilot programme is aimed at reducing input cost and boosting the income of Farmers.

i.On October 28, 2020, Microsoft India collaborated with National Skill Development Corporation (NSDC) to skill over 1 lakh underserved women in India with digital skills over the next 10 months.