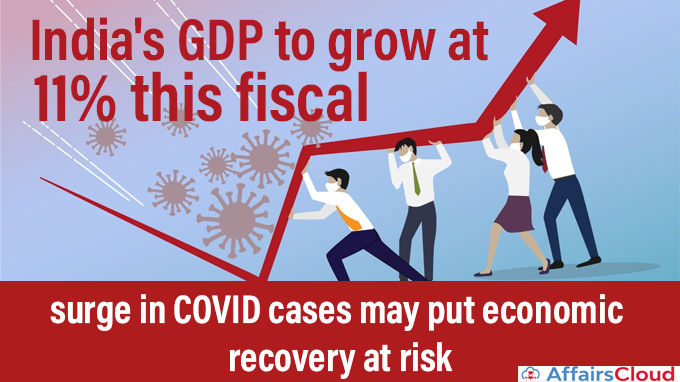 Asian Development Outlook (ADO), 2021 was released by Asian Development Bank (ADB) on April 26, 2021, in which it forecasted the Indian economy to grow at 11 per cent in FY22 increased from 8% earlier and it also predicted a GDP expansion in FY22 at 7 per cent. It also pointed out the risk in economic recovery due to an increase in COVID-19 cases.

Key points of the ADO on Economic Growth:

Asian Development Bank (ADB) has raised over USD 307 Million (~ INR 2232 Crore or Chinese Yuan Renminbi (CNY) 2 billion) from the 1st Panda bond issue in more than a decade. This is ADB’s largest-ever borrowing in an Asian local currency.