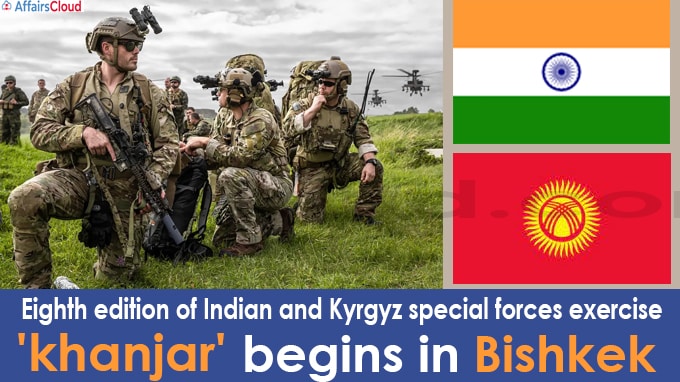 The 8th Edition of India-Kyrgyzstan Joint Special Force Military Exercise, ‘Khanjar’ was inaugurated on April 16, 2021. The exercise is taking place at the Special Forces Brigade of National Guards of Kyrgyz Republic in Bishkek, Capital of Kyrgyzstan.

Three branches of the Indian Armed Forces have seperate special forces units. They Are

i.March 11, 2021, The 2nd Edition of Annual Bilateral Joint Military Exercise ‘DUSTLIK-II’ between the Indian Army & Uzbekistan Army is being held from March 10-19, 2021 at Chaubatia, near Ranikhet, Uttarakhand.