On November 20, 2019 the Sydney (Australia) based Institute for Economics and Peace(IEP) released the 7th edition of its annual report titled “2019 Global Terrorism Index: Measuring the impact of terrorism”. As per the Index, India was ranked at the 7th place in the list of countries most affected by terrorism in 2018. The country which topped the list was Afghanistan with 7,379 killed due to terror attacks in 2018. Afghanistan’s Taliban terrorist group has been ranked first as the deadliest terror groups. 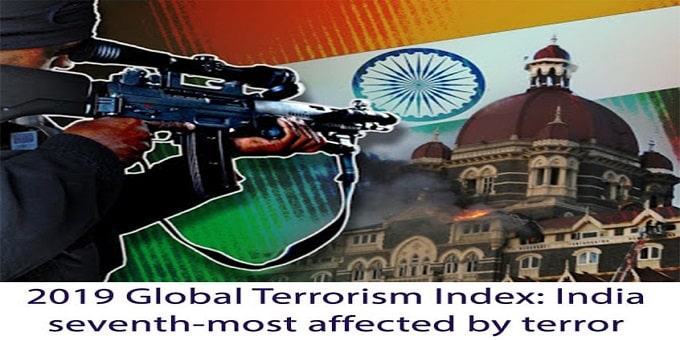 The other countries in the list include Iraq (2nd), Nigeria(3rd), Syria (4th), Pakistan(5th) and Somalia(6th).

About Institute for Economics and Peace(IEP):
Founded- 2007.
Headquarters- Sydney, Australia.