73rd Infantry Day was celebrated on October 27, 2019 by the Indian Army. The day is observed to commemorate the dedication and duties of Indian Army’s gallant infantry men. Chief of Army Staff General Bipin Rawat paid tribute at Amar Jawan Jyoti in New Delhi. 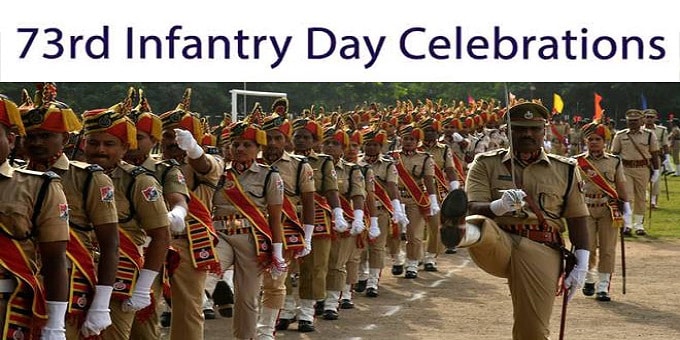 i.The day is observed as a remembrance of the first military event of independent India, when the Indian Army repelled the first attack made by Pakistan on the Indian soil on October 27, 1947, in the Kashmir valley.

i.Siachen is known as the world’s highest battlefield. The glacier is located in the eastern Karakoram range in the Himalayas. It is the longest glacier in the Karakoram and second-longest in the world’s non-polar areas.