On 13th April 2018, the 65th National Film Awards for 2017 was announced by Ministry of Information and Broadcasting. 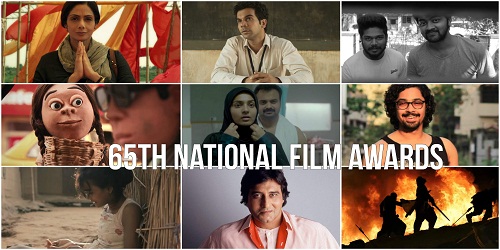 i. The 65th National Film Awards will be presented by President Ram Nath Kovind on 3rd May 2018.