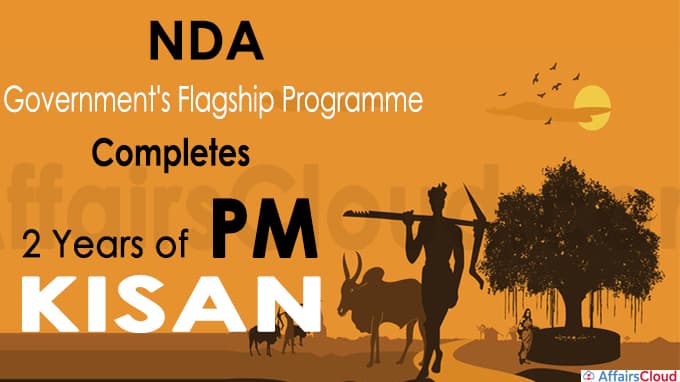 24th February, 2021 is the 2nd Anniversary of the starting of the Central Sector Scheme ‘Pradhan Mantri Kisan Samman Nidhi (PM KISAN)’. It was launched by 24th February, 2019 by Prime Minister Narendra Modi at Gorakhpur, Uttar Pradesh.

Objective of the Scheme

To supplement the income of farmers by providing income support to all farmer families in India irrespective of the size of their landholdings.

i.January 13, 2021, Government of India’s Crop Insurance Scheme – Pradhan Mantri Fasal Bima Yojana (PMFBY) has completed 5 years of its operation. It was launched by the Government on 13th January 2016.

ii. September 7, 2020, According to a report by Ernst & Young, India’s agriculture technology has the potential to grow at $24.1 billion in 5 years.

About Ministry of Agriculture: