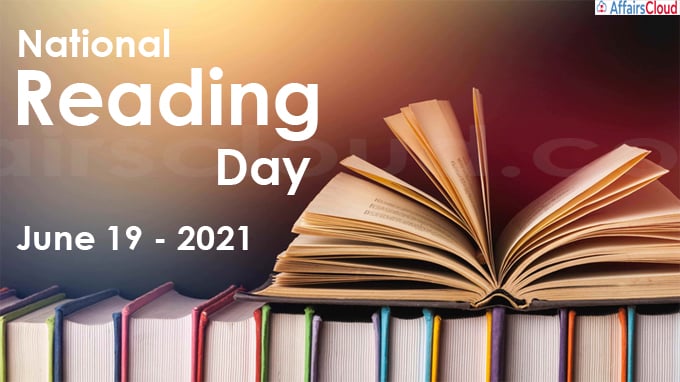 The National Reading Day is annually observed across India on 19th June to encourage reading among the students across India. The day also marks the death anniversary of Puthuvayil Narayana Panicker(P.N.Panicker), who was known as “Kerala’s Father of Library Movement”.

India will celebrate June 19 to 25, the week following the National Reading Day(19th June), as Reading week and June 19th to July 18th will be celebrated as Reading Month.

i.The National Reading Day was started as the Reading Day in 1996 by the Government of Kerala along with the P.N. Panicker Foundation.

i.PN Panicker is known for the non-formal education movements like Kerala Association for Non-Formal Education and Development(KANFED) and literacy campaigns like Total Literacy 1986.

ii.He played a major role in establishing the Kerala Grandhasala Sangam (Kerala State Library Council) and served as the General Secretary of Sangham for 32 years, until 1977.

iv.P N Panicker Foundation was the first organization in the country to popularize e-reading among the rural masses with an internet facility in 2002.