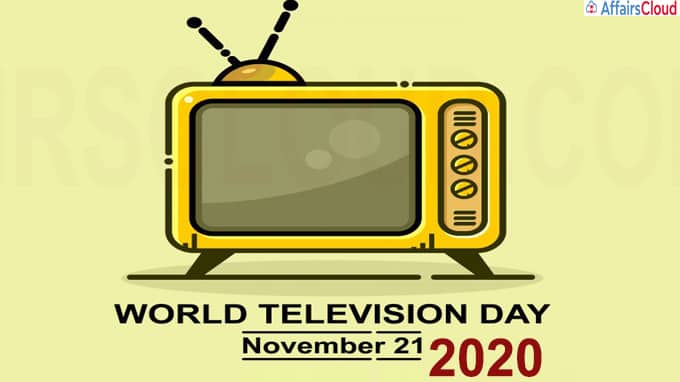 The United Nations(UN)’s World Television Day is annually observed across the globe on 21st November to recognise the increasing impacts of television on decision making and to focus on the issues like economic and social issues.

i.The United Nations General Assembly(UNGA) adopted the resolution A/RES/51/205 of 17th December 1996 and proclaimed the 21st November of every year as the World Television Day.

ii.The date 21st November was chosen to commemorate the first World Television Forum by the United Nations held on 21st and 22nd November 1996.

i.The Television was invented by John Logie Baird in 1924.

ii.Television is one of the important modes of communication, which supports the spreading of information to large audiences and plays an important role in framing public opinion.

i.The first terrestrial television in India was started in Delhi in 1959 at a makeshift studio.

ii.As a part of the All India Radio(AIR), the daily transmission in television began in 1965.

i.According to the United Nations(UN), television continues to be the single largest source of video consumption.