As per the Financial Times Global MBA Ranking for 2016 three of the India’s top business schools are outline among the 100 best schools globally. France’s INSEAD is at the top of the list of the Business (B)-schools is also known as the “business school for the world” 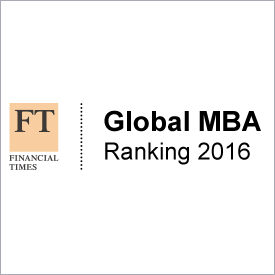