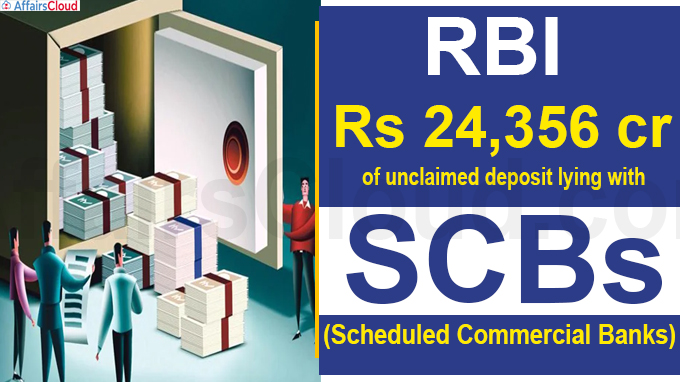 In accordance with the information provided by the Reserve Bank of India (RBI), the total amount of unclaimed deposits of Scheduled Commercial Banks (SCBs) was Rs. 24,356 crore, as on July 31, 2020.

The Minister further stated that pursuant to the amendment of the Banking Regulation Act, 1949, and insertion of section 26A, RBI has framed the Depositor Education and Awareness Fund Scheme, 2014 (Scheme).

The 15th Finance Commission, in its latest report to the Centre, has recommended a performance-based challenge fund of Rs 8,000 crore to 8 states for incubation of new cities.

On May 30, 2021, the Ministry of Finance has extended the validity of the Emergency Credit Line Guarantee Scheme (ECLGS) for another 3 months till September, 30, 2021 or till guarantee for an amount of Rs 3 lakh crore is issued.