Eight members P, Q, R, S, T, U, V and W of a family are sitting around a circular table with all of them facing outwards. Each one of them like different colours viz. Green, Yellow, Black, Purple, Pink, White, Orange and Red. Three married couples are there in the family. 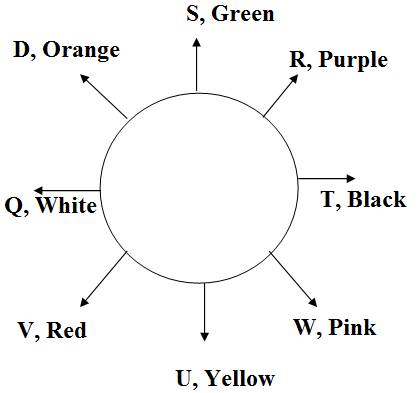 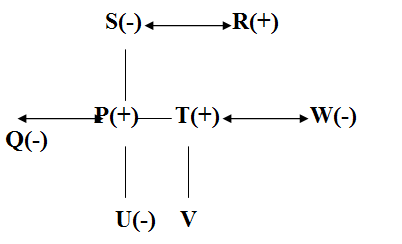 Twelve Cricket players are sitting in two parallel rows containing six people each such that they are equidistant from each other. In row 1: Virat Kohli, M.S.Dhoni, Yuvraj Singh, Ashwin, Suresh Raina and Rohit Sharma are seated and all of them are facing South. In row 2: Gautam Gambhir, Shikar Dhawan, Ravindra Jadeja, Ajinkya Rahane, Mohammed Shami and Umesh Yadav are seated and all of them are facing North. Therefore, in the given seating arrangement, each member seated in a row faces another member of the other row. 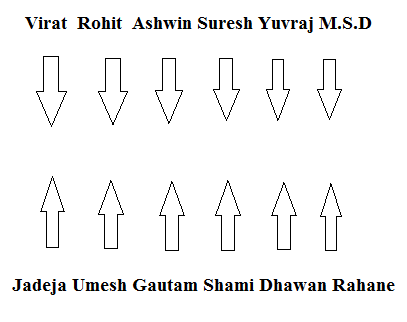