On the recommendation of the Committee of Experts (CoE), headed by Lt General DB Shekatkar, Raksha Mantri (Minister of Defence) Rajnath Singh has approved the proposal of Engineer-in-Chief of Military Engineering Services (MES), Lt Gen Sanjeev Kumar Shrivastava, for abolition of 9,304 posts in MES out of the total 13,157 vacancies of the Basic and Industrial staff. 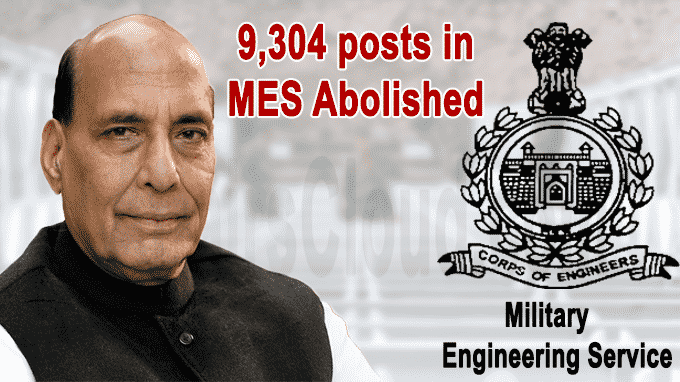 In 2016, the 11-member team formed by late Defence Minister Manohar Parrikar had made nearly 99 recommendations. One of those was to restructure the civilian workforce in a manner that part of the work of the MES could be done by staff employed by the department and the rest could be outsourced.

About MES:
The MES, which is a part of the Indian Army, provides rear line engineering support to the Armed Forces. It is one of largest construction and maintenance agencies in India.