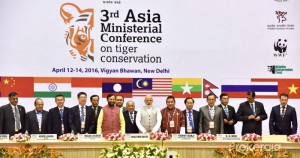 The Government has allotted 380.00 crore to the Project Tiger in the current fiscal year, which is an all-time high and indicates that the Government of India is committed to the conservation of our national animal, Tiger.