On May 14, 2017, Mahmoud Abbas – President of Palestine, arrived in India for a 4-day official visit. 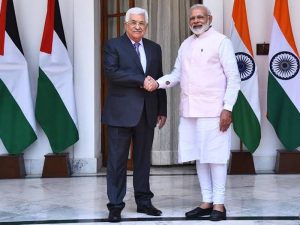 Palestine is a‘de jure sovereign state’ in the Middle East that is recognized by 136 UN members.