On 17th January 2019, Prime Minister Shri Narendra Modi embarked on a three day visit to Gujarat. He participated in various events and also inaugurated the ninth edition of the flagship bi-annual global investors summit Vibrant Gujarat. The Theme of the 9th edition of Vibrant Gujarat Global Investors Summit 2019 was “Shaping a new India”. The Visit concluded on 19th January 2019. 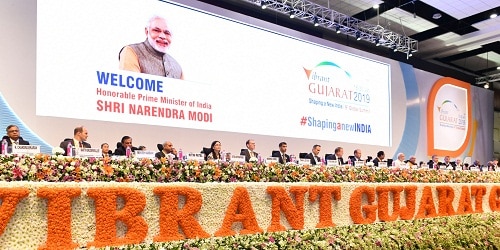 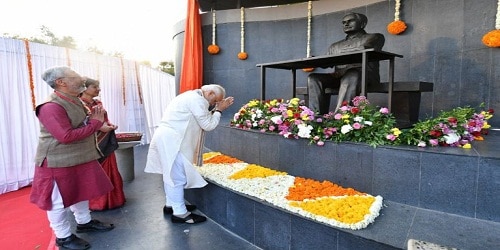 Gujarat govt signs around 130 MoUs with investment commitments worth over Rs 56,000 cr in various sectors
On 17th January 2019, Gujarat government signed around 130 MoUs with investment commitments worth over 56,000 crore rupees in various sectors during the three-day Vibrant Gujarat Global Summit.
Key Points:
i. A majority of the MoUs, also called Investment Intentions (IIs), were signed in the port and transport sector.
ii. Tsingshan group of China committed to invest Rs 21,000 crore to set up a steel plant and a facility to manufacture car batteries in Dholera Special Investment Region (SIR).
iii. MoUs worth over 35,000 crore rupees were signed during the opening day of the three-day business conclave besides this mega agreement. Some of them are explained below.

Other Dignitaries present in Vibrant Gujarat Global Summit
Various national and international dignitaries and delegates were present at the ninth edition of Vibrant Gujarat Summit and Chief Minister of Gujarat, Shri Vijay Rupani hosted the global business leaders. Some important events were mentioned below. 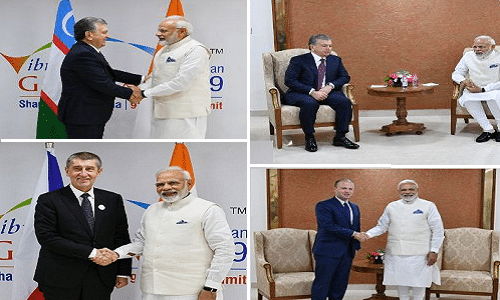