On April 29, 2020 According to Mercom India Research’s ‘India Solar Market Leaderboard 2020’ report, India has installed 7.3 Giga Watt (GW) of solar power in Calendar Year(CY) 2019 which consolidates its position as the 3rd largest solar market in the world after China and U.S. 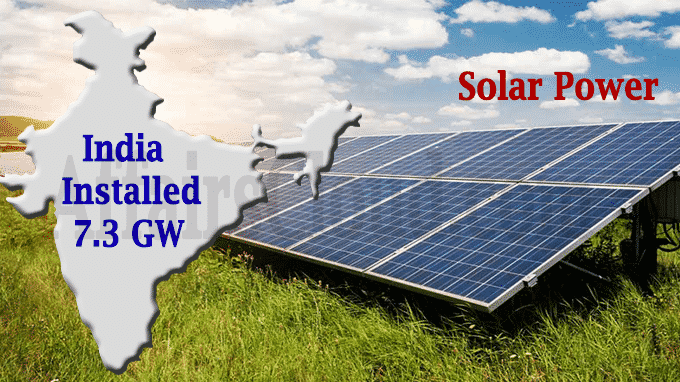 i.It reveals that the rapid pace of growth of the solar market has largely been brought about by large players with top 10 companies accounting for 68% market share in 2019. ReNew Power is the top utility-scale developer during 2019, while Azure Power owns the largest project pipeline.

ii.There are around 29 large-scale solar developers with a project pipeline of 100 Mega Watt(MW) or more in India.

iv.India had a robust pipeline of utility-scale projects under development of 23.7 GW at the end of 2019, with another 31.5 GW of tenders pending auction.

v.Companies’ projects which offer engineering, procurement, construction (EPC) services were moved to 2020 due to delays caused by general elections, land and evacuation issues among others. Mahindra Susten was the top EPC player for utility-scale solar installations in 2019  followed by Larsen & Toubro(L&T).

viii.At the end of December 2019, Trina Solar is the leading module supplier to India in terms of cumulative shipments & Waaree Energies, Adani, and Risen Energy held the top spot in CY 2019. The top 10 module suppliers accounted for over 62 % of the market in 2019.