Prime Minister (PM) Narendra Modi has formulated a task force for scientific validation of Ayurveda and traditional medicine formulas through research institutions, to be used in the treatment of COVID-19. 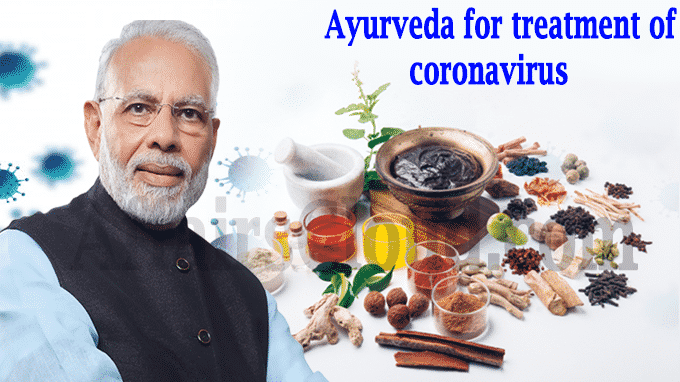 -If the suggestion adhered to the scientific validity then it would then be tried on patients suffering from Covid-19, first on asymptomatic ones or non-severe patients and also suspects.

-On the preventive front, Haryana, Goa and Kerala, have already started using ayurvedic medicines along with regular allopathic medicines for asymptomatic patients and even frontline workers.

Background:
In January 2020, the AYUSH ministry had issued an advisory for the “prevention” of COVID-19 using homeopathy and “symptomatic management” using Unani medicines but received massive criticism for spreading pseudo scientific medicines as alternative medicines.