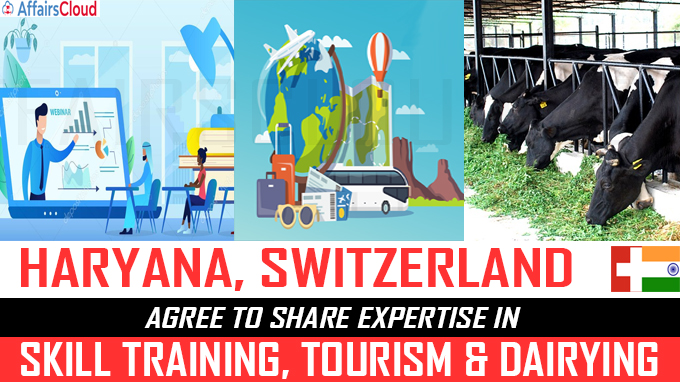 On February 5, 2021, Ralf Heckner, Ambassador of Switzerland to India meets Manohar Lal Khattar, Chief Minister of Haryana. During the meeting, both sides agreed to share their expertise in the areas of Skill Training, Tourism & Dairy Sector.

ii.Ralf Heckner stated that Haryana has performed greatly in Ease of Doing Business & it is ahead of many other Indian states.

Note – India’s first Skill University has been set up at village Dudhola in district Palwal.

i.On June 25, 2020, According to the ‘Annual banking statistics, 2019’ released by Switzerland’s central bank Swiss National Bank (SNB), India is at the 77th position in terms of money parked by its citizens and enterprises with Swiss banks at the end of the year 2019