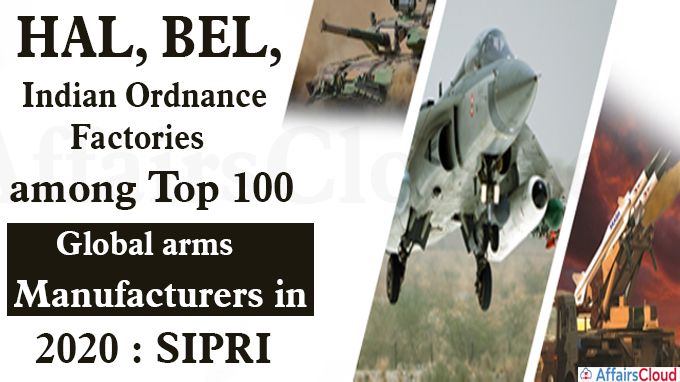 i.Out of the top 100 Arms Manufacturing Companies, Companies from India contributes for 1.2 percent of total arms sales of companies in the SIPRI Top 100 for 2020.

iii.Top arms-producing and military services companies in the world, 2020:

Top 5 Country that holds highest share of total arms sales of companies in the SIPRI Top 100 for 2020:

i.The combined arms sales of the world’s largest top 100 arms-producing and military services companies in 2020 was about $531 billion.

iii.With 41 arms companies, the USA has the high­est number of companies in the top 100 worldwide.

iv.With 13 percent share of total Top 100 arms sales, China stands at 2nd to the US in terms of manufacturing military equipment, arms and weapons.