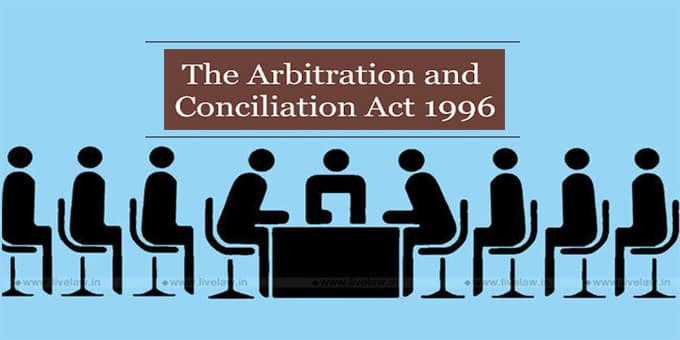 i.Benefit: An amendment to the Act of 1996 will help in achieving the goal of improving institutional arbitration by setting standards, making the arbitration process a party and setting up an independent institution to execute the case in time.

ii.Salient features: This amendment provides for the creation of an independent institution Arbitration Council of India -ACI.

iii.Appointment: ACI will be headed by a Chairperson, who has been a Judge of the Supreme Court or a Chief Justice or Judge of a High Court or an eminent person, having special knowledge and experience in the conduct or administration of arbitration, to be appointed by the Central Government in consultation with the Chief Justice of India. Besides, it will also have two Full-time Members from amongst eminent arbitration practitioners and academicians. In addition, one representative of a recognized body of commerce and industry shall be nominated on rotational basis as a Part-time Member. The Secretary, Department of Legal Affairs, Ministry of Law & Justice; Secretary, Department of Expenditure, Ministry of Finance and Chief Executive Officer, ACI will be ex-officio Members.

v.Background: The Arbitration and Conciliation (Amendment) Bill 2019 was introduced in Rajya Sabha by the Minister for Law and Justice, Mr. Ravi Shankar Prasad, on July 15, 2019.

About Ministry for Law and Justice:
Formed– 1833
Headquarters– New Delhi