On 26th Feb. 2020 ,Union Minister for Finance & Corporate Affairs Nirmala Sitharaman had revealed the following reforms and index on a launching event which organized by Indian Banks’ Association (IBA) at New Delhi. 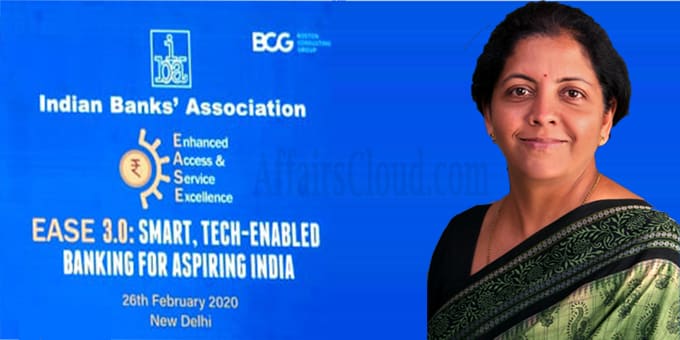 EASE 3.0 and its action reforms: –
PSB Reforms EASE Agenda is a common reform agenda for PSBs aimed at institutionalizing clean and smart banking. It was launched in January 2018.
Objective of EASE 3.0 :- EASE 3.0 sets the agenda and roadmap for FY21 for their transformation into digital and data-driven NextGen Banking of the Future India. Finance Minister also insisted Public Sector Banks (PSBs) to have one to one interface with their customers through leveraging technology.

Some of the PSBs upcoming plans:-

The following upcoming plans were unveiled by some of an important PSBs during launching function.
i.State Bank of India :-

Public Sector Banks have shown important enhancement in the Action Points of the EASE Reforms Agenda since its introduction. The improved financial condition of PSBs reflects in many parameters such as

Significant progress is seen across six themes of the Reforms Agenda, with the highest improvement seen in the themes of ‘Responsible Banking’ and ‘PSBs as Udyamimitra for MSMEs’. PSBs have shown a good improvement in their performance over three quarters since the launch of EASE 2.0 Reforms Agenda. 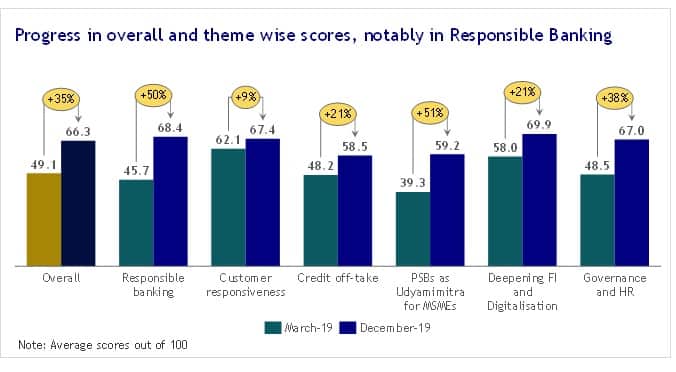 The final EASE 2.0 index will be published after declaration of bank results for the financial year.