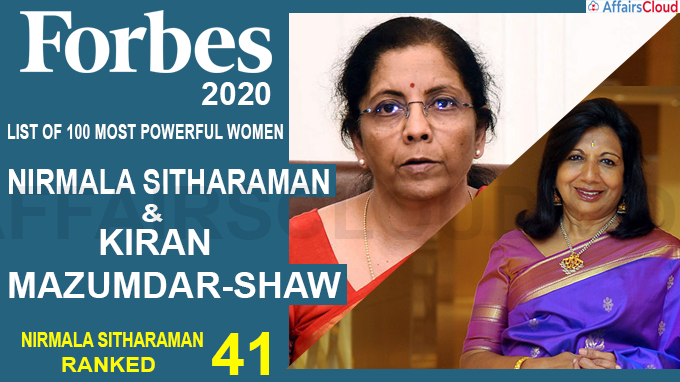 Finance Minister of India, Nirmala Sitharaman made it to the World’s 100 most powerful women list 2020 announced in the 17th annual Forbes power list. She ranked in 41st position. This is the second time she features in the list, in 2019, she ranked at 34 . i.Virat Kohli, Indian Cricket Team Captain becomes the only cricketer and the only Indian to feature in the Forbes’ Top 100 highest paid athletes of 2020.Kohli ranked 66 with Forbes Magazine estimated earning of around 26 million USD.