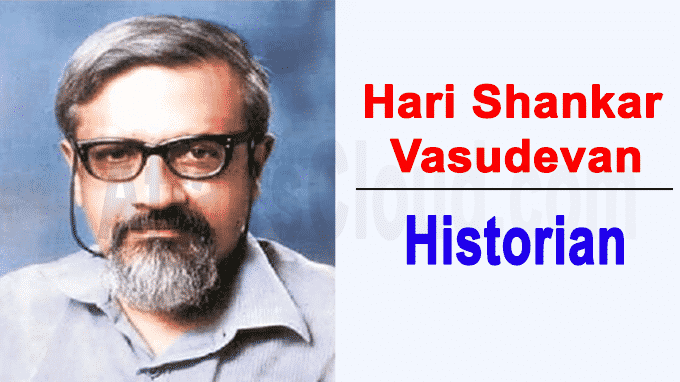 On 10th May 2020, Eminent Historian Hari Shankar Vasudevan passed away at the age of 68 in a private hospital at Kolkata after testing positive for novel coronavirus on May 6th 2020.

i.He completed his B.A(Hons.) in The Christ College, Cambridge and He finished his Masters and Ph.d from Cambridge in 1978 and started teaching at Calcutta University(CU) as the UGC Emeritus Professor in the Department of History and China Centre from 1999.

ii.He served as the Director of MaulanaAbulKalam Azad Institute of Asian Studies under the Ministry of Culture, Government of India.

iii.From 2005 to 2015, he was the Chairman of Syllabus Committees and Textbook Development Committees for Social Science, NCERT and from 2006 to 2007 he acted as a consultant on Indo-Russian Trade for the Ministry of Commerce, Government of India.

v.He was famous for his works in the Russian and Central Asian history.

i.He was a highly respected academic and writer and he was the author of Shadow of Substance: Indo-Russian Trade and Military-Technical Cooperation and Footsteps of AfanasiiNikitin: Travels through Eurasia and India in the Early 21st Century.

ii.He was the co-author and editor many books including the Commercialization and Agriculture in Late Imperial Russia: Essays on Russian Economic History, Indo-Russian Relations: 1917-1947 – Select Documents from the Archives of the Russian Federation – Part II(1929-1947), and The Global Politics of the Iraq Crisis and India’s Option.

iii.He published a chapter “India and the October Revolution: Nationalist Revolutionaries, Bolshevik Power and Lord Curzon’s Nightmare” in The Global Impact of Russia’s Great War and Revolution, Book2: The Wider Arc of Revolution, Part 2 in 2019.