Ahead of Bihar assembly polls, Election Commission of India (ECI) launched the new symbol for the “None of The Above” (NOTA) option, wherein voter can exercise the franchise but the vote will not go any candidates bucket.

The main objective of the NOTA option is to enable electors, who do not wish to vote for any of the candidates, to exercise their right without violation of the secrecy of their decision. 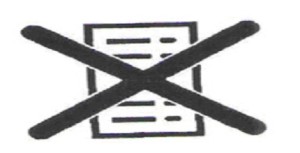 NOTA were exercised by nearly 60 lakh people in the 2014 Lok Sabha polls. Prior to the apex court order, those not inclined to vote for any candidate had the option of filling what is popularly called “form 49-O”. But filling the form at the polling station under Rule 49-O of the Conduct of Elections Rules, 1961, compromised the secrecy of the voter.