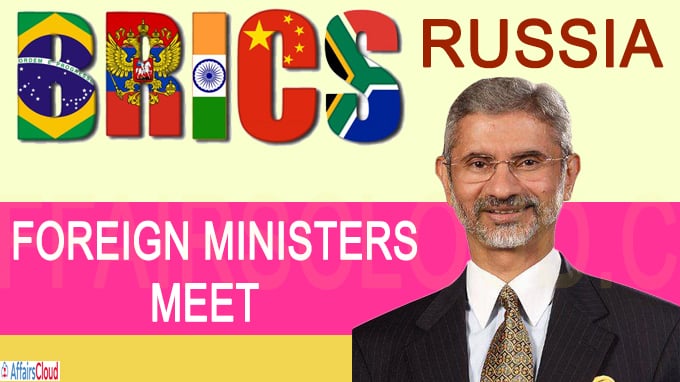 Features of the Meeting:

They also reviewed the progress of the intra BRICS activities.

ii.They also Discussed regarding the mutual support of the initiatives and cooperation of the BRICS national at the 75th Session of the United Nations General Assembly(UNGA).

Click here for the joint statement issued at the meeting.

i.Subrahmanyam Jaishankar, Union Minister of External affairs stressed the reforms needed to reflect the global realities and the opinion of the people.

ii.He also called for an expansion of the Both permanent and non-permanent categories of the UN Security Council.

iii.He mentioned that needs to increase the BRICS cooperation to counter the terrorism.

India extended its support to the chairmanship of Russia in 2020 and the forthcoming BRICS Leaders’ summit under the theme “BRICS Partnership for Global Stability, Shared Security and Innovative Growth”.