On March 11, 2020 the Department of Science and Technology (DST) sanctioned Rs 7.25 crore to the Indian Institute of Technology (IIT) Mandi, Himachal Pradesh to set up a Technology Innovation Hub (TIH) at the institute under the National Mission on Interdisciplinary Cyber-Physical Systems (NM-ICPS). 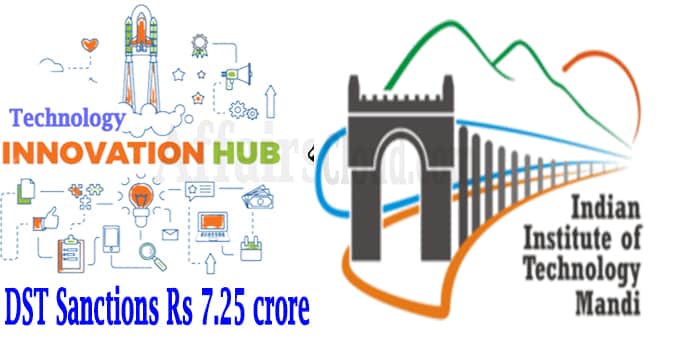 TIH to work on the development & evaluation of  interfaces of CPS:

i.TIH to also work on the development & evaluation of  interfaces of Cyber-Physical Systems (CPS) , a Internet of things (IoT) based, which contains physical elements like sensors for collecting data & cyber elements for alerting/educating people for directed action.

ii.The data collected from CPS will be evaluated by human experiments & cognitive models for training & to improve decisions of the human stakeholders for better outputs.

iii.CPS is  a new class of engineered systems that integrate computation &  physical processes in a dynamic environment.