We are here for you to provide the important current affairs September 1 2018 which have unique updates of all daily events from all newspapers such as The Hindu, The Economic Times, PIB, Times of India, India Today, Indian Express, Business Standard, all Government official websites. Our complete current affairs helps you to get more marks in Banking, insurance, UPSC, SSC, CLAT, Railway and all other competitive Exams. 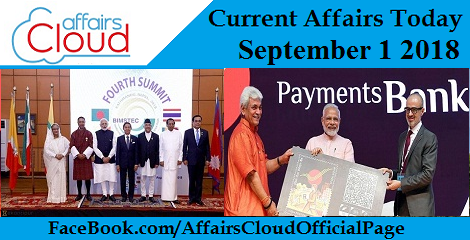 India & Pakistan agree to undertake Indus water treaty tours to work on hydro projects
On September 1, 2018, India and Pakistan agreed to undertake the Indus Waters Treaty tours in the Indus basin on both sides.
This agreement came after the 115th meeting of the India-Pakistan Permanent Indus Commission (PIC) in Lahore
Objective:
To resolve issues on the various hydroelectric projects.
Key Points:
i. Decision on strengthening the role of the Permanent Indus Commission (PIC) for matters under the 1960 Treaty was taken.
ii. On implementation of the treaty on hydroelectric projects including Pakal Dul (1000 MW) and Lower Kalnai (48 MW) in the state of Jammu and Kashmir.
iii. India has invited Pakistani experts to visit sites of Pakal Dul and Lower Kalnai hydropower projects on Chenab river in September 2018.
Backgound:
i. India and Pakistan signed the Indus Waters Treaty in 1960 after nine years of negotiations, with the World Bank being a signatory.
ii. The water commissioners of Pakistan and India are required to meet twice a year.
About Indus Water Treaty:
Under the provisions of the Indus Water Treaty 1960, waters of the eastern rivers – Sutlej, Beas and Ravi – had been allocated to India and the western rivers – the Indus, Jhelum and Chenab – to Pakistan, except for certain non-consumptive uses for India.
Pakistan:
♦ Prime Minister: Imran Khan.
♦ Currency:  Pakistani Rupee.
♦ President: Mamnoon Hussain. 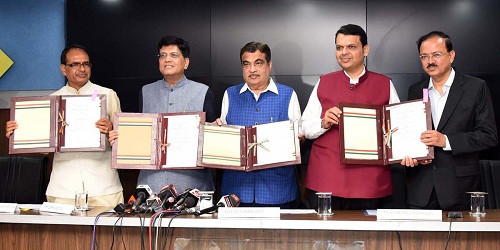 Amethi’s Pindara Thakur village went digital from September 1
On September 1, 2018, Pindara Thakur village in Amethi,Uttarpradesh was made fully digital under Digital India Programme of the Union government.
i.  It will have access to 206 government services digitally.
ii. It was linked with Wi Fi Chaupal and use of 2 GB free data for 15 days has been made available.
iii. Union Minister of Textiles Mrs. Smriti Irani inaugurated the ‘Digital India Banking Service’ at the head post office of Amethi.

‘Krishna Kutir’: Home for widows inaugurated in Vrindavan, Uttar Pradesh
On 31st August 2018, Minister for Women & Child Development, Maneka Sanjay Gandhi, and Chief Minister of Uttar Pradesh Adityanath Yogi inaugurated ‘Krishna Kutir’, a home for widows, at an event at Vrindavan, in Mathura, Uttar Pradesh.
Krishna Kutir:
i. Krishna Kutir is a special home that will offer shelter and protection to 1000 helpless widows. It has been set up by the Ministry of Women & Child Development under the Ministry’s Swadhar Greh scheme.
ii. Krishna Kutir is the largest facility of its kind so far, to be developed by a government organization.
iii. It has been constructed on 1.4 hectare of land at a total cost of 57.48 Crores through National Building Construction Corporation (NBCC).
iv. It was designed in consultation with Helpage India. It is old age friendly and also has a skill cum training centre.
v. Its construction was funded by Central Government. It will be managed by the Government of Uttar Pradesh.
vi. A park will be set up near the home on an area of 4 acres that has been allocated by the district administration. Maneka Sanjay Gandhi had launched the construction Krishna Kutir in 2016.
Some Wildlife sanctuaries in Uttar Pradesh:
♦ Kishanpur Wildlife Sanctuary
♦ Lakh Bahosi Sanctuary
♦ Mahavir Swami Sanctuary 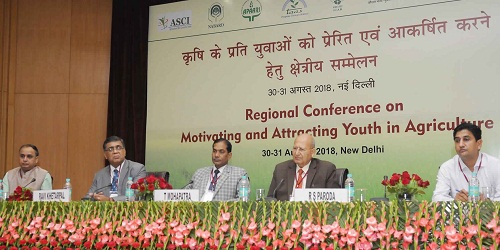 4th BIMSTEC Summit held in Kathmandu on 30-31 August, 2018
i. On August 30-31, 2018, the 4th Bay of Bengal Initiative for Multi-Sectoral Technical and Economic Cooperation (BIMSTEC) Summit was held for 2 days in Kathmandu, Nepal.
ii. The theme of the 4th meeting was : “Towards a Peaceful, Prosperous and Sustainable Bay of Bengal Region”.
iii. The Nepalese Prime Minister handed over the chairmanship of BIMSTEC to the President of Sri Lanka Maithripala Sirisena.
iv. On August 28, 2018, 19th Senior Officials’ Meeting (SOM) of the BIMSTEC was held in Kathmandu, Nepal…………………………………………………..Click here to Read more

Licence of Bhilwara Mahila Urban Co-operative Bank cancelled by RBI
On September 1, 2018, RBI cancelled the licence of Rajasthan-based Bhilwara Mahila Urban Co-operative Bank .
i. This is with effect from the close of business on August 31, 2018.
ii. This was done due to inadequate capital and earning prospects.
iii. It is thus prohibited from conducting business of banking which includes acceptance of deposits and repayment of deposits.

♦ Headquarters: Mumbai.
♦ Chairman: Rajnish Kumar.
♦ MD: Arijit Basu.
♦ Tagline: With you all the way, Pure Banking Nothing Else, The Nation’s banks on us. 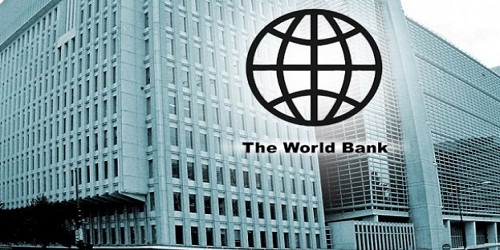 i. The assistance will be made as a development policy loan and will be finalized negotiation meeting on October 24, 2018.
ii. Under the project the following will take place:

About IPPB:
i. IPPB branches have opened across 650 districts and 3,250 access points.
ii. There are over 1.5 lakh post offices and over 3 lakh postmen or “grameen dak sevaks” .
Functions:
i. It would enable financial inclusion.
ii. It will carry out most banking operations like accepting deposits but will be enabled to advance loans or issue credit cards.
iii. It will accept deposits of up to Rs 100,000, offer remittance services, mobile payments/transfers/purchases and other services like ATM/debit cards, net banking and third-party fund transfers.
iv. Deposits exceeding Rs 100,000 will be automatically converted into post office savings account.
v. It will use Aadhar open accounts, while a QR card and biometrics will drive authentication, transactions, and payments.
vi. Dak sevaks will carry biometric devices and smartphones for transactions.
vii. It will offer 4 per cent interest rate on savings accounts.
viii. It partnered with PNB and Bajaj Allianz Life Insurance for third-party products like loans and insurance.
IPPB:
♦ Headquarters: New Delhi.
♦ Tagline: Aapka Bank Aapke Dwaar.
♦ MD & CEO: Suresh Sethi.

UIDAI relaxes minimum Aadhaar enrolment targets, related deadlines for banks
On September 1, 2018, the Unique Identification Authority of India (UIDAI) relaxed Aadhar enrolment targets for banks and extended the deadline to November 1, 2018.
i. According to the norms:
Minimum enrolment or updation has been raised to 12 from January 1, 2019 and 16 from April 1, 2019.
ii. Banks achieving the target of minimum 8 Aadhaar enrolment/updations per day per branch in the month of November 2018 will be exempted from financial disincentives up to October 2018.
iii. Also banks which meet the minimum Aadhaar enrolment/update targets shall continue to avail UIDAI’s authentication and eKYC service free of cost.
iv. Banks have been said to set up Bank Aadhaar Kendras in one out of every 10 branches.
Background:
i. Earlier the banks with Aadhaar facility was told to get
ii. atleast eight enrolments or updations in each branch daily from July 1, 2018, 12 per day per branch from October 1, and to 16 from January 1, 2019 onwards
UIDAI:
♦ Headquarters: New Delhi.
♦ Established : 12th July 2016.
♦ Under  Aadhaar (Targeted Delivery of Financial and Other Subsidies, Benefits and Services) Act, 2016 (“Aadhaar Act 2016”) .
♦ Chairman (Part time): J Satyanarayana.
♦ CEO: A B Pandey. 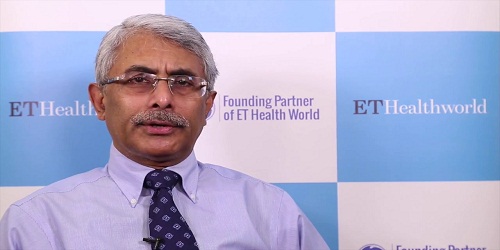 Abhay K the first Indian poet to record poems at Library of Congress
On September 1, 2018, Indian poet-diplomat Mr. Abhay K became the first Indian poet invited to record his poems at the Library of Congress in Washington D.C.He was born in a small village in Nalanda district of Bihar.
i. The prestigious reading series is called : ‘The Poet and the poem’.
ii. His poems have appeared in over sixty international literary journals.
iii. He received the SAARC Literary Award 2013 and was nominated for Pushcart Prize in 2013.
iv. He is also the editor of poetry anthologies CAPITALS and 100 Great Indian Poems.
v. His first collection of poems Enigmatic Love was published in 2009.
vi. He is the author of a memoir and seven collections of poems including The Seduction of Delhi (2014), The Eight-eyed Lord of Kathmandu (2017) and the Prophet of Brasilia’ (2018).
vii. His poem-song ‘Earth Anthem’ is translated into over thirty languages and has been performed by Symphony Orchestra of National Theatre of Brasilia.

Binoy Kumar appointed as Secretary in Steel Ministry
On September 1, 2018, Binoy Kumar, IAS (TG:83) was appointed as Secretary, Ministry of Steel, Government of India.His appointment follows the previous incumbent, Aruna Sharma’s superannuation on Friday, August 31, 2018.
i. He had been posted as Officer on Special Duty in the Ministry since 21st May 2018.
ii. Prior to this, he was Special Secretary, Logistics, in the Department of Commerce, where he held additional charge till 31st July 2018.
iii. He also held the post of Director General (Supplies & Disposals) and developed Government e-Marketplace (GeM).
iv. He also was the Additional Secretary and Financial Adviser in the Ministry of External Affairs and Joint Secretary in Ministry of Defence.
v. He held key positions in Andhra Pradesh.
Ministry of Steel:
♦ Union Minister: Shri Chaudhary Birender Singh.
♦ Minister of State: Shri Vishnu Deo Sai.

PNB’s Sunil Mehta has been selected as chairman of IBA
On September 1, 2018, Managing Director and CEO, Punjab National Bank, Sunil Mehta was elected as the Chairman of Indian Banks’ Association (IBA) for the year 2018-19. 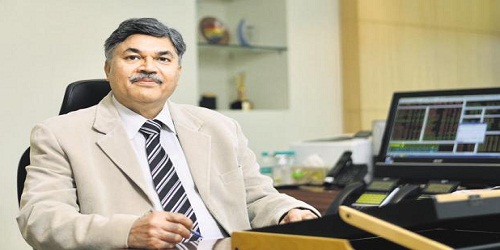 i. Dinabandhu Mohapatra, Managing Director and CEO, Bank of India, has been elected as IBA’s Deputy Chairman.
ii. Madhav Nair, country head and chief executive, Mashreqbank PSC, has been elected as the Honorary Secretary of the association for 2018-19.
iii. The other deputy chairmen of IBA are:
State Bank of India’s chairman, Rajnish Kumar, and Federal Bank’s managing director, Shyam Srinivasan.

R Madhavan assumes charge as Hindustan Aeronautics Ltd (HAL) CMD
R Madhavan has assumed charge as the Chairman and Managing Director (CMD) of Hindustan Aeronautics Ltd (HAL).
i. R Madhavan replaces Suvarnu Raju as the CMD of HAL. Earlier, R Madhavan was heading the Accessories Division of HAL at Lucknow as an Executive Director.
ii. He had headed the successful absorption of technology for the production of Su-30 airframe and engine accessories from raw material phase. 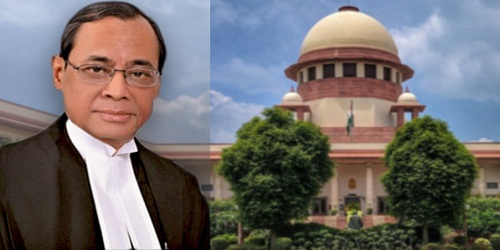 Hockey
Indian women claim silver in hockey after 1-2 loss to Japan:
India won silver medal in the women’s hockey event after it lost 1-2 to Japan in the final. Indian women’s hockey team won gold in the 1982 Asian Games. After that, they haven’t won a gold medal.
Indian Men’s Hockey Team win 2-1 against Pakistan, win bronze:
Defending champions India defeated Pakistan 2-1 in the Bronze medal match and won a bronze medal in the men’s hockey event. 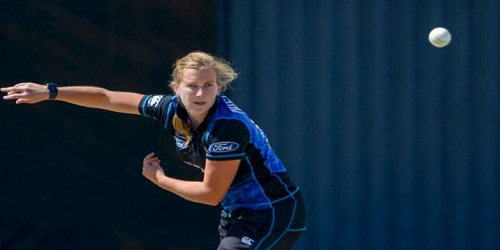 Jain monk Tarun Sagar passes away at 51
On 1st September 2018, Jain monk Tarun Sagar died following a long term illness, at Radhapuri temple, in Delhi.
i. Tarun Sagar was 51 years old. He was born on 26th June 1967 in Damoh district of Madhya Pradesh. His original name was Pawan Kumar Jain.
ii. His lectures called “Kadve Pravachan” were very popular and he was followed by many people from the Jain community.